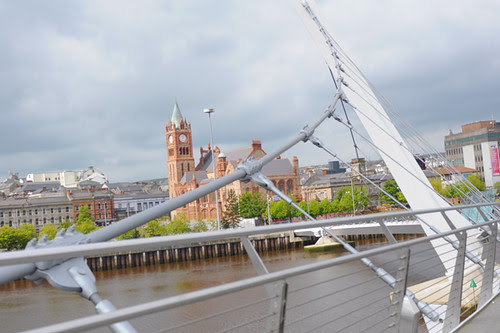 It is exciting to see new things happening in an old city, especially when these developments change the dynamic of the landscape completely. The Peace Bridge in Derry/Londonderry is so named for connecting different parts of the city that have historically been divided due to the religious and political conflicts that have plagued Northern Ireland in years past. And the fact that it is a car-free bridge for walking and cycling adds an additional layer of symbolism: Unlike motorists, the pedestrians and cyclists crossing are unshielded by anonymity. It is the ultimate gesture of mutual trust and connectedness. Along the river bank, a new bicycle path is being built that will link this bridge to another further down the river for an even greater sense of unity. 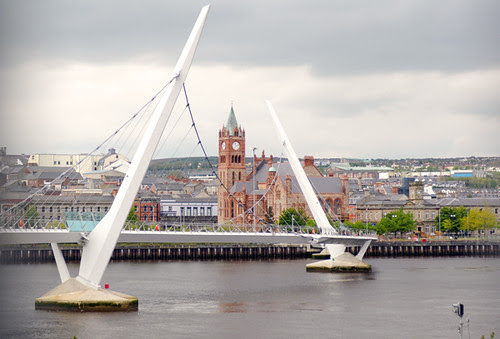 I have never been to Derry prior to the construction of the new bridge. But as a first time visitor I cannot imagine it not being there. Not only do the modern shapes of the contemporary structure harmonise with the historical buildings in the background (from some vantage points, the bridge even appears to "hug" the old city center), but its usefulness and influence on local culture were apparent. 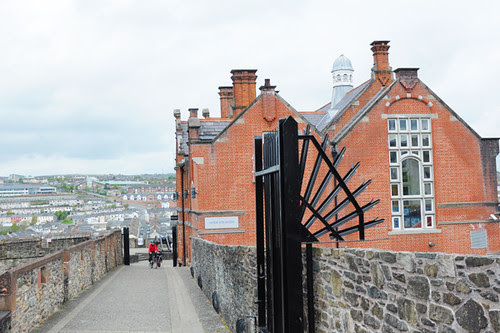 People walking and riding their bikes, some in a hurry and others strolling with newspaper in hand while enjoying the view - the city feels alive and my impression is that this liveliness is recent. Walking through the city center early on a Sunday morning, my impression was that the city was waking up in more ways than one. 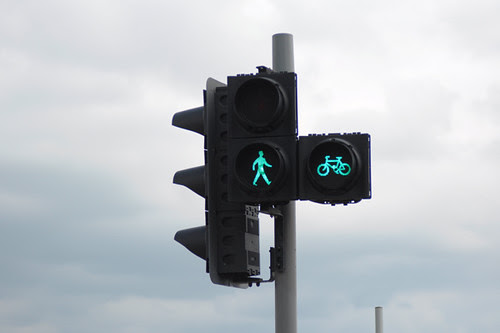 Being in Derry, I truly felt it as a living organism in the process of transition. The city wants to be vibrant, it is on the verge of it. The air is electric with change and potential. It is an exciting place to be while this development is happening. 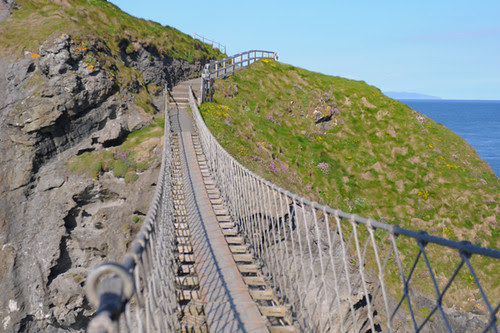 As a funny contrast to the Peace Bridge in Derry, I had earlier visited the Carrick-a-Rede Rope Bridge on the Antrim coast. In decades past a precarious bridge built for for local fishermen to cross from a tiny rocky island to the mainland, it is now a tourist attraction. For a fee of £5.60 you can cross the bridge, circle the island and come back. 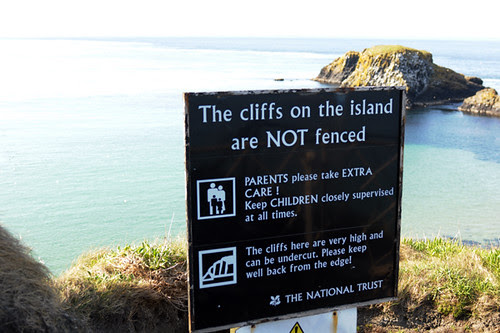 The tug of war between this being a tourist attraction for which an admission fee is charged, while still being part of nature and therefore inherently dangerous, is interesting to observe. 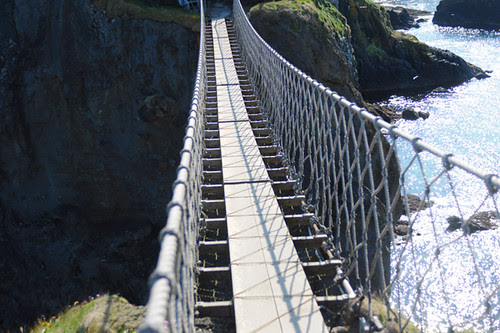 Not all who attempt to cross the bridge are able to, as it sways and feels rather unstable. And so in a sense it is also a test of courage - accentuating differences between those who attempt to cross it. Some grasp the rails in a panic, others dance across mockingly. I am told that once the coast guard had to be called because a tourist had a panic attack on the other side of the bridge and could not cross back. 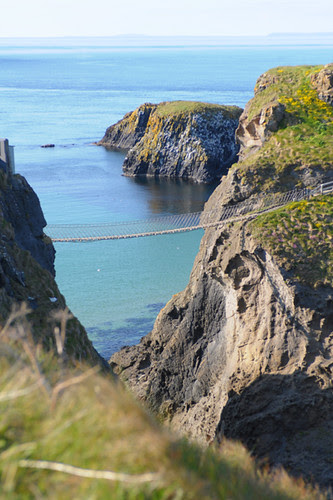 Most visitors get to the Carrick-a-Rede Rope Bridge in a car. There is a huge car park by the road, next to it a tea house. From there a scenic path leads down to the bridge itself. The path is maybe a 15-20 minute walk, downhill, with beautiful views throughout. I had gone there in late afternoon and the last group of tourists was still about. Walking down the path, one woman said to her husband "My God, why couldn't they make this thing closer to the parking lot? This is ridiculous!"

That is my story of the two bridges.
Labels: Ireland transport transportation options travel