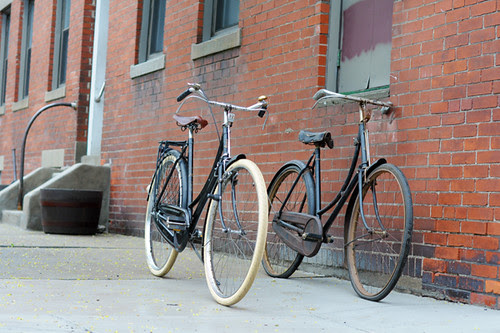 As some might recall, I own two vintage Raleigh Lady's Tourists. Being in the midst of a major bike upheaval right now, I've retrieved these from storage and took the opportunity to photograph them together. The bicycle on the left is a 1973 DL-1. It has been refurbished and modified over the years (aftermarket chaincase, tires, rack, dress guards, pump, saddle, grips and rear wheel), a very ridable bike but definitely not a collector's item. The bicycle on the right is a 1936 Tourist. This one is in original and unaltered condition, including an intact chaincase, rotting grips and tires, cracked frame pump and dilapidated saddle. In the future I would like to have the older Tourist restored professionally, and until I can afford that I will continue to carefully store it. The newer Tourist I've decided to use as a transportation bicycle again, having now sold off most of my other bikes (a topic for another post). In the meantime, I'd like to share some observations while I briefly have these beauties side by side. 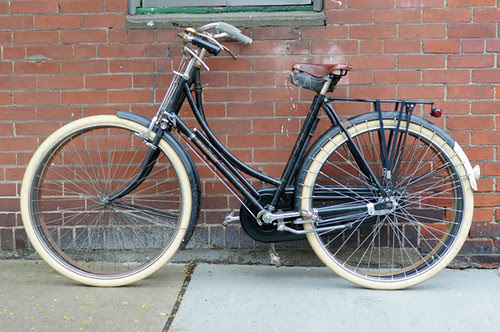 I am not very good at lining up bikes and comparing them properly, but I'll try. Despite the older Tourist appearing smaller to the naked eye than the newer model, their wheelbases are near-identical - as are their bottom bracket heights (300mm), the lengths of their chainstays (500mm), their front-center measurements (680mm), and the lengths of their seat tubes (540mm center to center, or 560mm center to top - a.k.a. the 22" frame size). The seat tube angles look identical. The headtube angle on the newer bike looks like it could be slightly steeper, but I am unable to measure precisely. The forks line up identically. The virtual top tube on the older bike is a little shorter (570mm compared to 580mm on the newer one, measured center to center). But the most glaring difference is in the height of the head tubes. 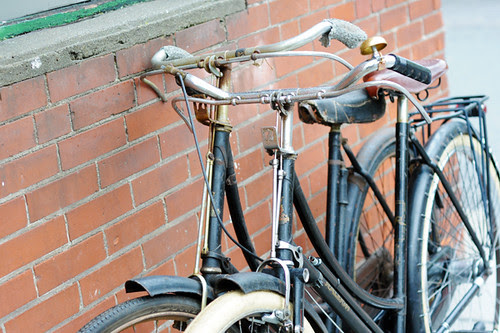 The headtube on the 1973 Tourist measures 185mm from the very bottom of the lower lug to the very top of the upper lug. On the 1936 Tourist, the headtube measures 265mm. That's a considerable difference, placing the older bicycle's handlebars quite a bit higher. Combined with the slightly shorter virtual top tube, the rider is overall more upright. 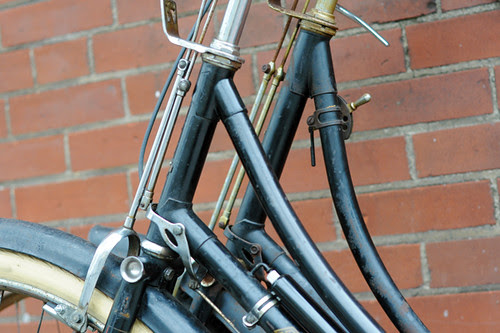 The quadrant shifter on the older model is on the top tube. 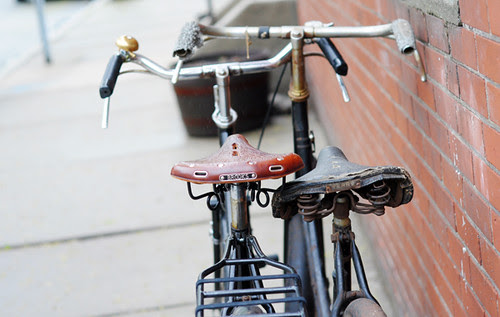 Notice also that the handlebars used in the '70s are different than those used in the '30s. The older ones were narrower, and angled straight back with no forward sweep to them. 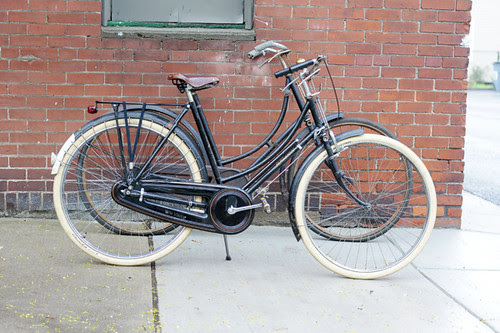 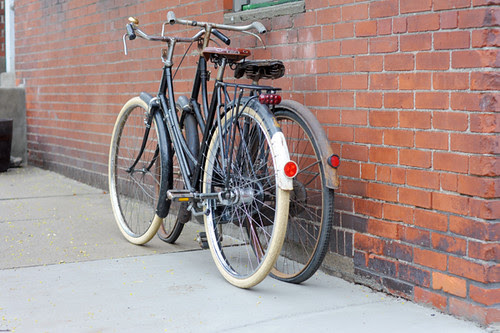 Overall I would say that the two bicycles are more similar than not, and it's interesting to me that so few changes were made between those 4 decades. I would love to see how a 1950s model compares to these two.
Labels: DL-1 loop frame Raleigh restoration vintage