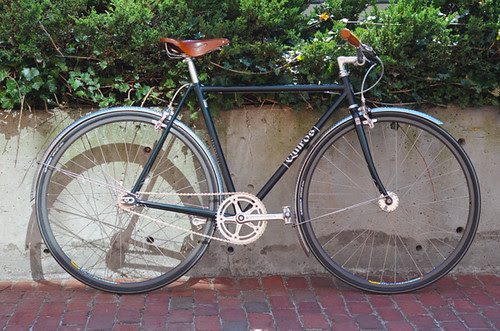 Co-Habitant's friend Erik recently had a frame made by local builder Armando Quiros. I watched the bike being assembled and had the chance to photograph it upon completion. This bike is interesting to me, in that it epitomises the Boston aesthetic of making transportation bicycles with tight, aggressive geometry, yet upright positioning and accessorised for the city. In fact Armando calls this a "city track commuter." It is also interesting, because increasingly I enjoy looking at fillet-brazed frames and this one is a nice example. 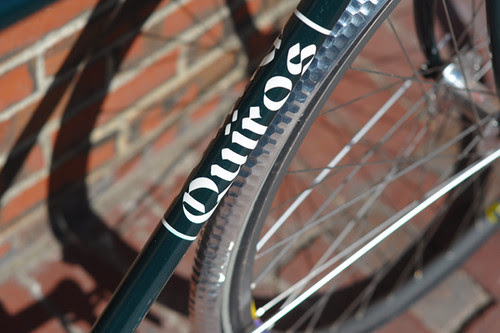 One of the young new names that have become prominent over the past couple of years, Quiros Custom Frames are based in Natick, MA and offer a variety of lugged and fillet brazed options. 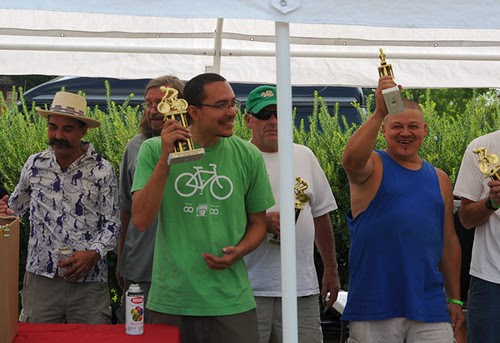 I met Armando a few years back, when Royal H. and Icarus still had their studios in Somerville, and all sorts of interesting bikey people would stop by that part of town. Later I snapped this photo of him receiving a trophy at the Larz Anderson show, where one of his bicycles won an award. Not bad! 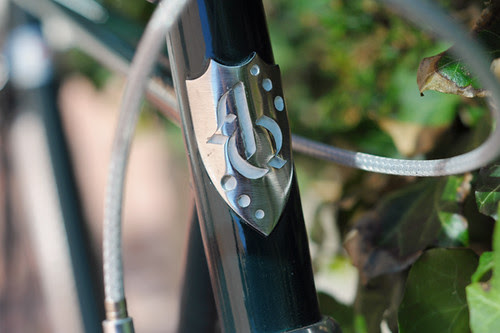 Quiros frames can be recognised by the prominent gothic headbadge 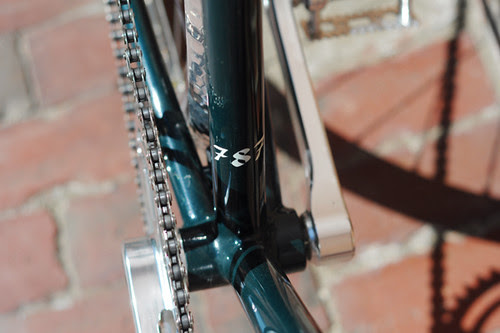 and by the "787" painted above the bottom bracket - the area code for Puerto Rico. 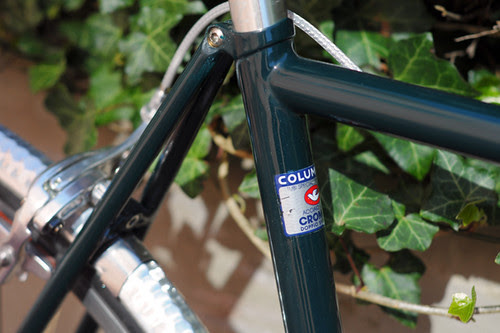 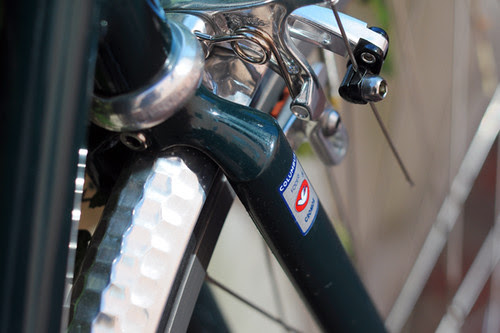 What I like about this method is the seamless, almost liquid look to the construction. The brazed sloping fork crown goes nicely with this. 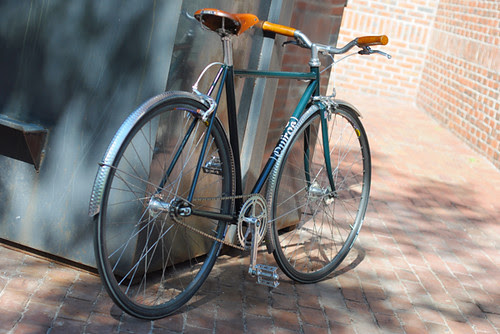 The British Racing Green paint, silver components, hammered fenders and caramel-brown accessories create a classic, distinguished aesthetic. At the same time, the narrow riser bars and track geometry give the bike a contemporary "fixie" look. It's an interesting and somewhat unexpected combination. Looking at the bike, my mind's eye keeps trying to either replace the cork grips with hot pink rubber ones, or else change the bars to North Roads. But I think the marriage of styles is ultimately what makes this bicycle unique to the owner. 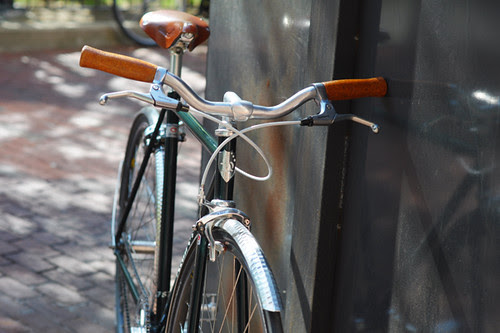 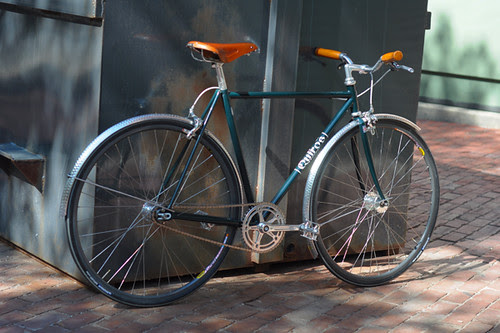 The idea behind building a city bike with track geometry is that it is quick handling and responsive in traffic. While personally I cannot handle the tight clearances on a bike like this, I understand the concept and this is certainly a successful execution of it. The bicycle looks very much at home on the streets of Cambridge, and the owner enjoys the ride. Many thanks to Erik and Armando for the opportunity to document this bicycle. More pictures here.
Labels: bicycle reviews framebuilding Geekhouse