The Starship Has Landed 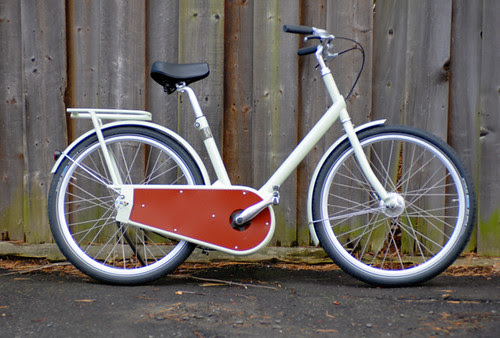 As some might recall, I've had a Paper Bicycle on loan since November - but haven't been riding it for transportation because it lacked a rear rack. Not only did it lack one, but the unique frame construction made it challenging to install one aftermarket. Clearly a bicycle as distinct as this called for a custom solution. Turns out the manufacturer had been developing a special rack all along, it just wasn't quite ready. He asked me to hold off on the review so that he could send me the latest prototype. And sure enough, shortly after the holidays it arrived: Behold the Paper Bicycle "Starship" rack! 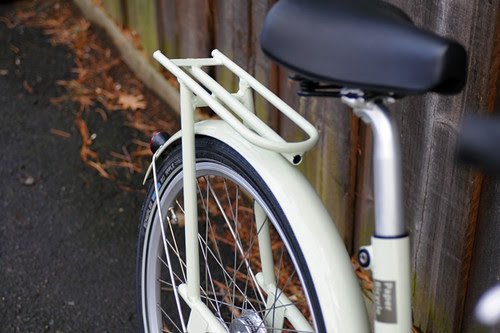 Trying to picture a suitable rack for this bicycle, my imagination was failing me. While I appreciate the unique and contemporary design, I do not understand it sufficiently - either visually or structurally - to conjure up a rack that would integrate flawlessly with the rest of the bike. What form would it take? How would it connect? How could it be made strong enough to support a great deal of weight (after all, this bike is all about utility), but minimalist enough so that it would not overwhelm the frame itself? Seeing the prototype answered all of these questions. The "Starship" rack adds utility without undermining the bike's unique design, and it does so by literally plugging into the frame's integrated chaincase. 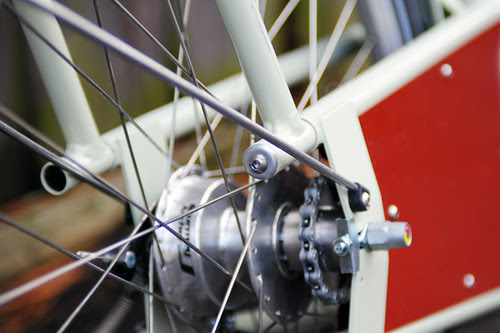 To install the rack, its tubing is simply inserted into the ever so slightly thicker chaincase tubing, using  hammer to really push it in there. The expander screw on the righthand side is then loosened to further secure the connection. The installation is impressively solid, resulting in a rack that looks seamlessly integrated with the frame. Total installation time was maybe 5 minutes. 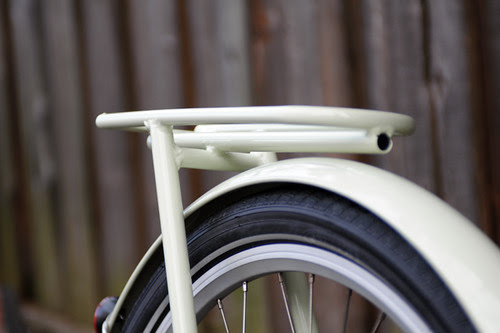 While not secured to the fender or any other part of the bike, this does not seem necessary, as there is no side-to-side play. The rack is solid, and, according to the manufacturer, can support the weight of a person. My requirements are more modest:  I just want it to support my panniers and occasionally some packages. 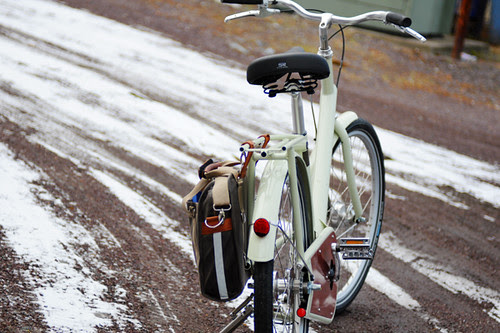 The rack's tubing is very thick and does not in fact support standard pannier quick-release attachment hooks, such as those by Ortlieb, Jand, Basil, and R&K. It will however support the Po Campo system very nicely, and of course the double-panniers that hang over the rack's platform, as well as any pannier that attaches via straps and not quick-release hooks. I do not think that the rack's tubing choice can or should be altered, as the thick tubing is what gives it strength. But the bike's owner will have to choose their pannier system accordingly. The Paper Bicycle has long chainstays, and the rack's stays move it back even further, so that there is no chance of heel strike. 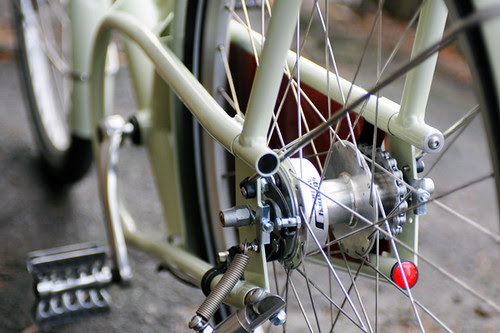 As far as strapping packages onto the rack, attaching bungee cords can be a bit tricky - and not all bungee hooks will fit securely around the tubing. In the final production iteration of this rack, a special tab for bungee hook attachment would be helpful. 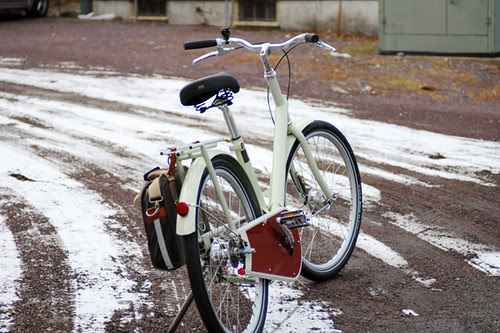 The Starship rack is not a lightweight rack - a couple of pounds for sure. This makes the bicycle noticeably heavier to lift, but so far I have not felt any effect on handling or speed. Riding the bike for 10 miles around town in the freezing cold and wind this morning, it felt just as zippy and effortless to pedal as I remember it being pre-rack. I will ride the Paper Bicycle some more (hopefully it will snow again, as I've been trying to test it in the snow) and should have a review soon. In the meantime, what do you think of the rack?
Labels: bicycle reviews Paper Bicycle product reviews racks