Seat Stays, Who Needs Them? 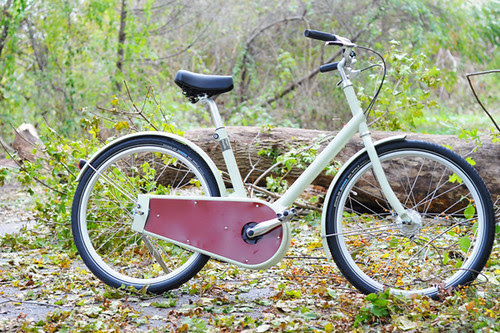 Meet my latest long-term review visitor: the Paper Bicycle! Hailing from Scotland, this unusual city bike has recently become available in the US via Adeline Adeline in New York City. 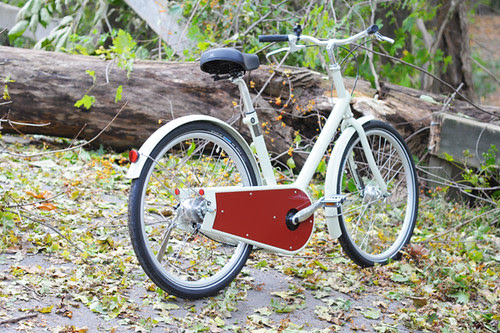 TIG-welded in cro-moly steel, the Paper Bicycle has a number of unusual features - the most striking of which is perhaps the seat stay-free construction. 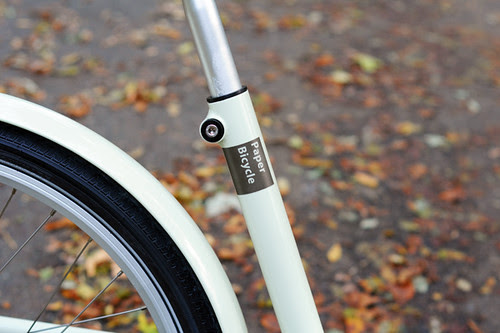 When I first saw pictures of this, I found it visually unsettling and intriguing in equal measure. How can such a frame design be stable? 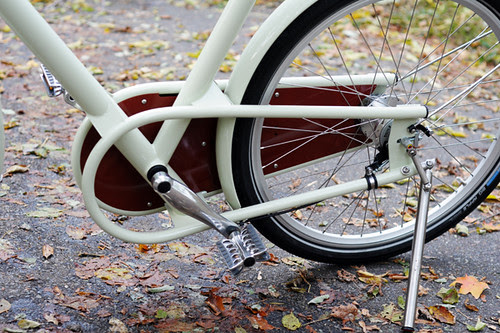 Apparently, by reinforcing the seat tube with a hardy "ghost chaincase" structure on the non-drivetrain side. This is certainly one of the more unique frame designs I have seen. I daresay it officially beats the Urbana? 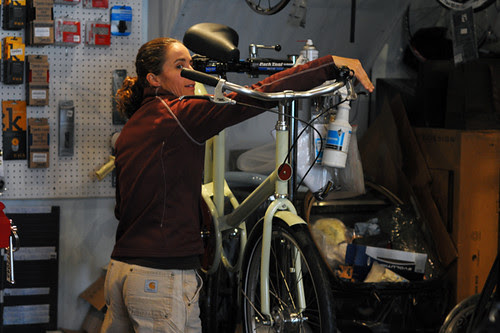 The Ride Studio Cafe received and prepared the bike for me, and I took the bus to Lexington, intending to cycle the 10 miles home on what I thought would be a geared, albeit clunky bike. Upon arrival I was alarmed to discover that the bike was a single speed. I braced myself for a tedious trip home. But contrary to my expectations, the ride was terrific. Though hard to believe judging by the pictures, this thing really "flies" for me. It is also not as heavy as it looks - well under 40lb. Of the bikes I've tried so far, the handling reminds me of the Pilen and the Urbana in terms of stability (does this mean mountain bike geometry?), while also possessing an unexpected lightness and swiftness. 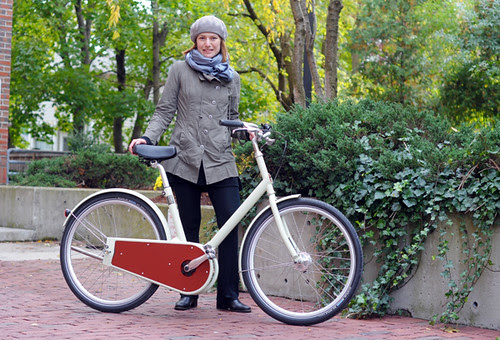 As usual, I will be riding this bicycle for a few weeks, then posting a review - after which it will be returned to Adeline Adeline. I will refrain from saying much more until I gain some additional experience with the Paper Bicycle, but I confess that I really like it so far, both the looks and the performance. 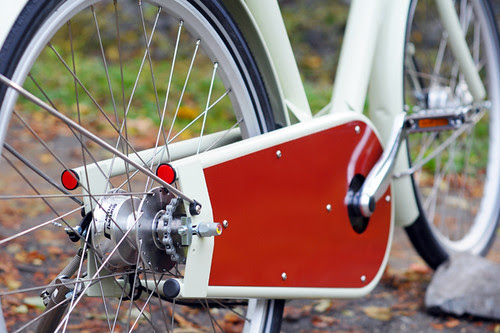 What do you think? I am too far gone into design appreciation la-la-land to tell whether my readers will find a given bicycle attractive or not, but to me this one looks downright beautiful. And now I leave you with a picture of Danny MacAskill... "jumping" a Paper Bicycle. Can you do that on your city bike?
Labels: bicycle reviews Paper Bicycle