Low-Trailing and Didn't Even Know It 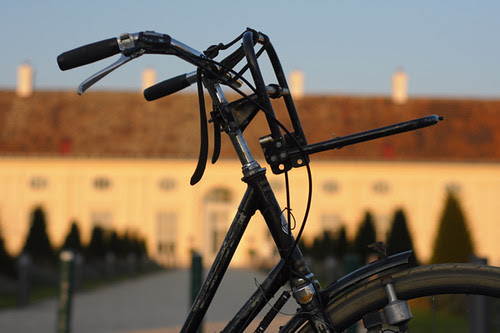 From the first time I rode a vintage Steyr Waffenrad in Vienna two years ago, its handling impressed me as unusual; categorically different from other classic city bikes I've tried, vintage or modern. Despite being large and heavy, the bicycle is extremely maneuverable. The cycling paths in Vienna are narrow and twisty, often requiring cyclists to make tight turns. I can do so on this bike at speed, without much effort. I cannot make the same turns on my Gazelle at home, or even on my roadbikes, in the same easy manner. Additionally, the bike feels easy to control and "place" when going downhill. In the summer of 2010 I rode it up an then down a small mountain on the outskirts of town via a winding road. I thought I'd be riding the brake the entire way down, but the bike was able to follow the curve of the road with extreme precision. 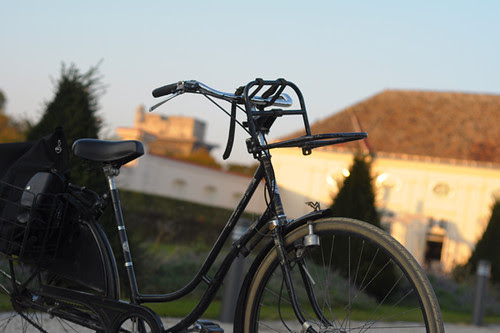 On the downside, I have already mentioned that the front end handling at slow speeds takes getting used to, requiring a very light touch. When I first start riding this bike after a long absence, it shakes so much that I always wonder whether the front wheel is loose. Then my body adapts to the handling and the shaking stops. Weird how that happens, and I even tell myself "Don't worry, remember that if felt the same way last time and then you got used to it." An hour later, I am invariably convinced that it is the best-handling bicycle in the world. 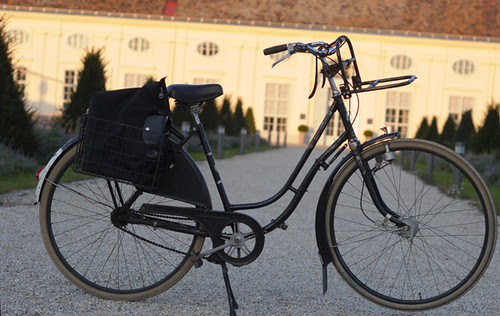 While I've felt these things on Jacqueline from the beginning, it was only later that I made the connection between these characteristics and low-trail geometry. I asked Wolfgang, the bike's owner about it, and while he does not recall the exact figure, he does believe it is a low trail bike. He also agrees that the Steyr Waffenrad bicycles have unique handling compared to other seemingly-similar city bikes. As someone whose cycling experience ranges from the velodrome to climbing the Grossglockner, he prefers this model as his own city bike and owns at least half dozen of them from different decades.

Jacqueline's being low trail would certainly explain why I was not surprised by the handling of the Randonneur we made: having already gotten used to some of the same characteristics, I now considered them within the range of "normal." 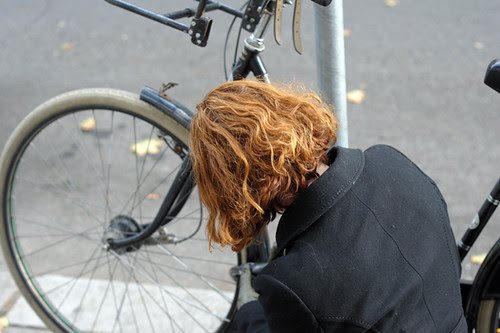 I will be leaving Vienna soon, and Jacqueline has already been returned to her owner. Wolfgang has an extra Steyr Waffenrad frame that can be mine if I want it, and I've been toying with the idea of building one up to see how it rides in Boston. I don't know though, it almost seems "wrong" somehow, as if Jacqueline belongs in Vienna. Of course the Boston version would be Jacqueline II... Funny how every now and again I think that I'm "done" with experimenting! But I do need to learn how to measure a bike properly - including angles, rake and trail.
On a side note: For anyone interested in pictures of Vienna's city center, I've posted some here - to give you an idea of what I meant earlier by the white Historicist buildings.
Labels: Jacqueline Vienna