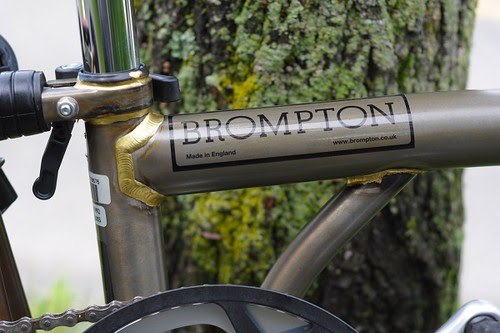 During a recent visit to Harris Cyclery I had a rather emotional encounter with a creature I had not seen in some time - a Brompton bicycle in raw lacquer. The raw lacquer finish was offered as a standard choice when we were first considering Bromptons several years ago. And then - bang, it was suddenly unavailable. I forget the precise cause (something to do with changes in finishing technique?), but at some point I was told it was impossible to get one, at least for the time being - which of course only exaggerated my memories of how beautiful and unique the raw lacquer was. I mourned its disappearance and fantasised about its return. And now there it was, in the corner of the bike shop - unapologetically glorious in its nudity. 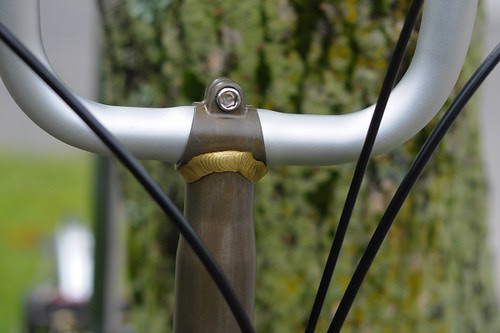 To be clear, this is not just about the Brompton. In my early days of bicycle shopping I had to be talked down from an unreasonable crush on the Rivendell Bombadil (the original version), which at the time was distinguished by its raw finish. The bare steel frame looked dirty yet shimmery underneath the clearcoat, and the juxtaposition activated some aesthetic hot-button in my brain quicker than I could pronounce the bike's name. In the Brompton this effect is multiplied tenfold because of its diminutive size and complexity. The multitude of miniature brazed joints fascinates while the warm glow of the bronze lures. Oh dear. 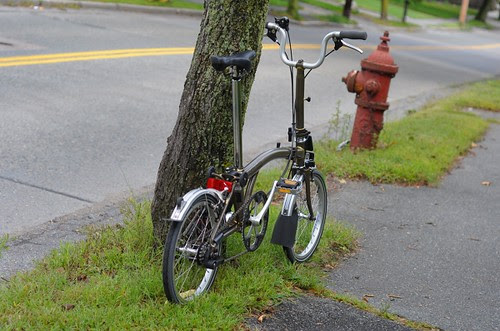 This is what the bicycle looks like in its entirety. It can look either charcoal or olive depending on the light, at times bearing a resemblance to tree bark. With a brown leather saddle to set off the frame, the look would be even more organic. 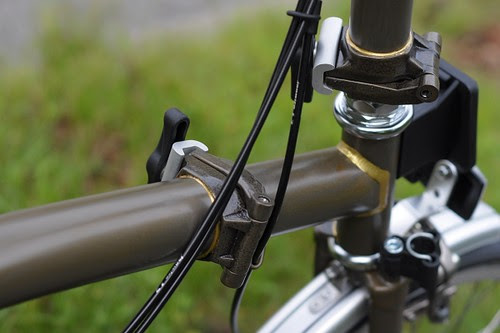 Because the Brompton is a folder, there are countless opportunities to exhibit brazed joints - which is no doubt why they chose to offer this finish as an option. It underscores the labor and thought that must have gone into designing the fold - so many tiny bits and pieces, all brazed. 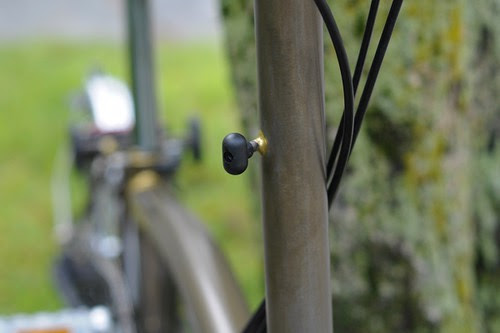 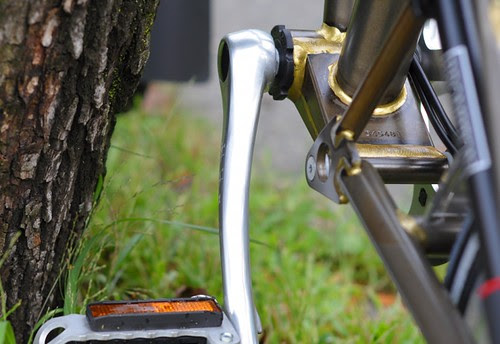 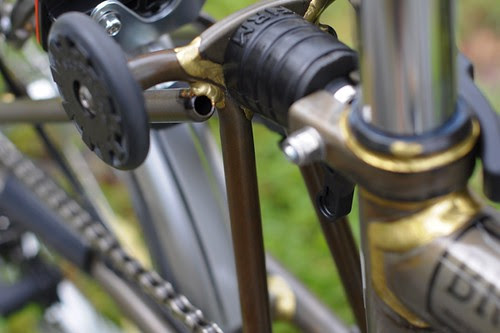 Not to mention all of this. (I am curious about that uncapped seatstay though - how is the moisture kept out?) 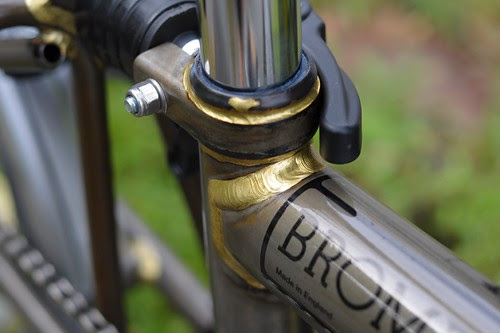 An interesting feature of the clear coat is that it makes everything look wet, giving an impression of the frame having been freshly completed moments ago. Of course, frames aren't wet when they are brazed, but the impression of immediacy is still there; the process of construction feels alive and vibrant. 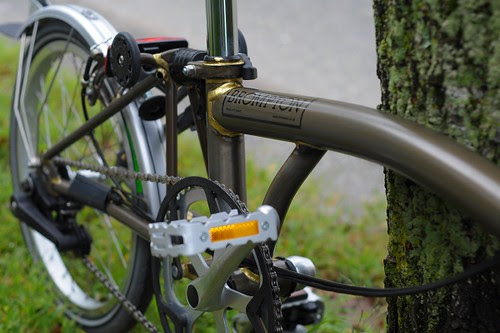 I can imagine that the raw finish is not for everyone. Some might find the resulting colour scheme drab. Others might feel it's too busy with all those contrasts highlighting the joints. Others still may not want to be constantly aware of their bicycle frame's construction - I suppose it could make one nervous. But for me, it is a true visual feast. 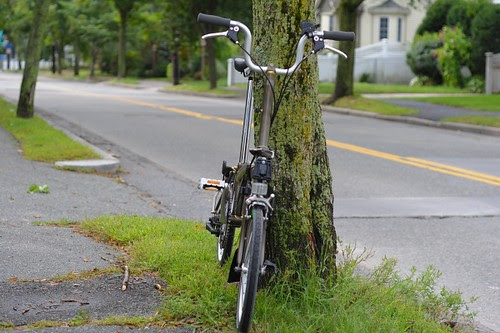 There is some unresolved debate regarding whether a clear coat is enough to protect a frame from rust, and that is one issue that's prevented me from getting a bicycle with that finish. But if I ever finally take the plunge and acquire a Brompton, I believe that this will be the one. Hopefully it will always remain available as a classic option.
Labels: bicycle reviews Brompton