A Guilty Farewell to Vintage Roadbikes 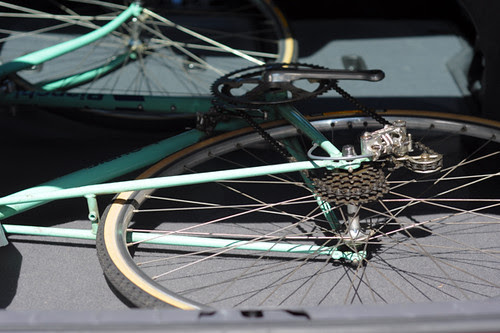 Earlier this month, I parted with my remaining vintage roadbikes: a 1982 Bianchi and a 1978 Francesco Moser. Both bicycles ended up going to people I know, and their futures look promising. The Moser will be built up as a geared roadbike again and ridden by a long-time local cyclist. The Bianchi will get a make-over and may end up riding in the Eroica. The bikes moved on to greener pastures, leaving me with only my Rivendell to contemplate lessons learned and a direction for the future. 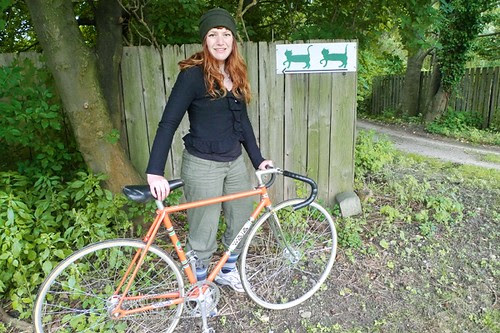 I've been experimenting with vintage roadbikes since last summer, which has included riding other people's bikes and also buying a few for the express purpose of playing around with them. The bicycles I've tried in this manner have included examples of American, French, Japanese, English and Italian bikes from the late 1970s and early '80s. Not an enormous sample, but a nice beginner's crash course. Somewhat to my surprise, I found that I liked every Italian bicycle I tried, whereas the mid-tier French bicycles felt the worst. The Japanese bikes were comfortable, and I could see the roots of Rivendell's philosophy in their geometry and handling. It was very interesting - but ultimately unsustainable. For one thing, even if a vintage bike is in good condition, it takes me a great deal of resources to set it up in a way I find ridable: Usually I have to change the brake levers, the handlebars, and - if I want to comfortably switch gears - the shifters. Not only does this require time and money, but it also ultimately changes the bike's character.

However, the bigger issue is that trying a modern roadbike this summer - and enjoying the benefits of its light, easy-to use components - has made me realise just how far I'd have to go to get the same level of performance out of a vintage bike. Assuming that I can find one in the correct size for me and with a sufficiently light, good quality racing frame, I would have to then put a modern wheelset and component group on it, as well as structurally alter the frame in order to make that possible - all just to determine whether the complete bike will be up to par. It does not seem like a practical endevour to me. 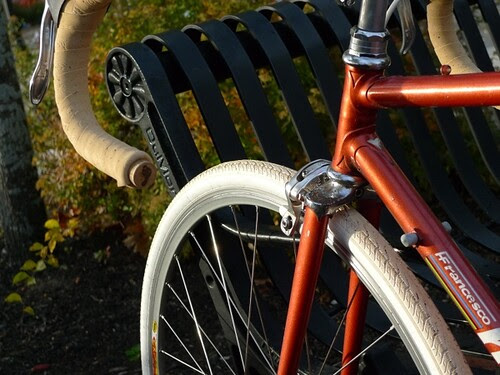 Considering the kind of cycling I have been gravitating toward, I would ultimately like to have three roadbikes: a fully equipped touring bike that is capable of going off road, a fixed gear bike, and a "racy" bike that is suitable for competitive cycling. The first I already have. The second I am finally working on after a year of riding a conversion. And the third will be my next priority. I feel guilty that I don't see vintage in the equation, but practical needs trump aesthetic and historical interest. When I am older and have more time and money, I would love to collect gorgeous, historically significant vintage frames. But for now I would like to ride more, tinker less.
Labels: roadcycling vintage