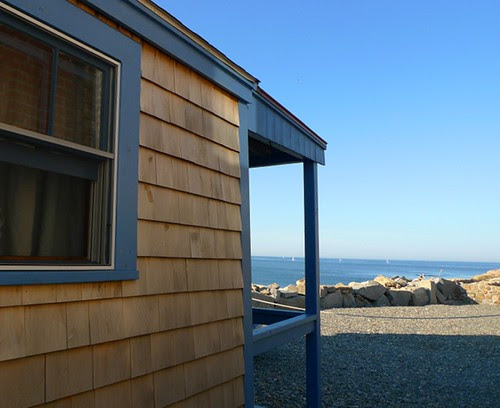 Back in the city now from our stay on the shore, I am looking back in bemusement at what had been intended as a bicycling-heavy trip, but turned out to be anything but. 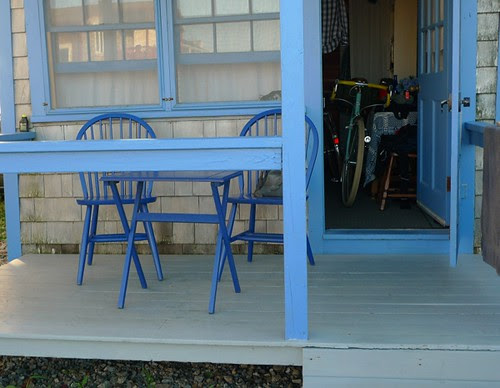 It did rain a great deal. But even when the weather was good, we hardly did any substantial cycling. In fact, we probably cycled less during this trip than at any other point since winter ended. Like everyone else who rides a bicycle, I go through periods when my enthusiasm for it waxes and wanes. But this was probably the strongest and most unexpected case of the latter I have experienced since I started this blog. Why?.. 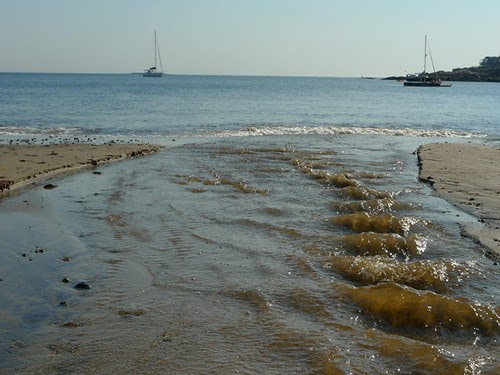 On a superficial level it was really very simple: I lost interest in cycling when I discovered that the water was warm enough to swim. You see, I love swimming in the ocean but can't tolerate hot climates, so my options are severely limited and I've been swim-starved for years. In Northern New England the water is too icy, but in Southern New England (let alone popular vacation spots such as Florida) the weather is already too hot and humid for me. It is as if there is an imaginary line somewhere along the MA/RI border where the climate and the water temperature undergo a dramatic change and what I really need is a place that is north of that imaginary line as far as climate goes, but south of it in terms of water temperature. And unexpectedly, I found such a place in Rockport, MA. Despite it being August, it was never above the low 80s, and dipped as low as the 60s on cooler days. Yet, the water remained swimmable the entire time and I found myself perfectly content to spend my waking hours at the beach: swim, read, eat, repeat. I cannot remember the last time I've been able to do anything like this! 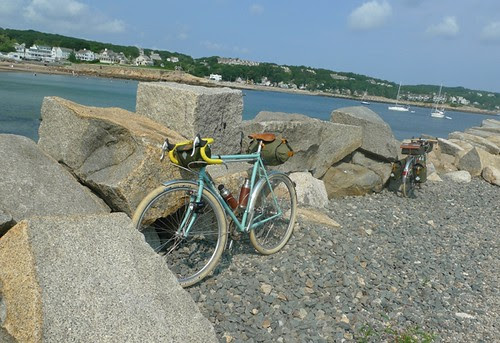 I also must admit that we did not enjoy cycling here as much as we hoped during the few times we did it. Going north to Ipswich and beyond, water views were limited, car traffic was pretty heavy and there was not a whole lot of shade. We know from experience that once you get up the coast to New Hampshire and Maine it gets better, but we never made it that far. Truthfully, cycling "at home" - along the tree-lined, quiet country roads Northwest of Boston - is, on the whole, considerably more enjoyable. 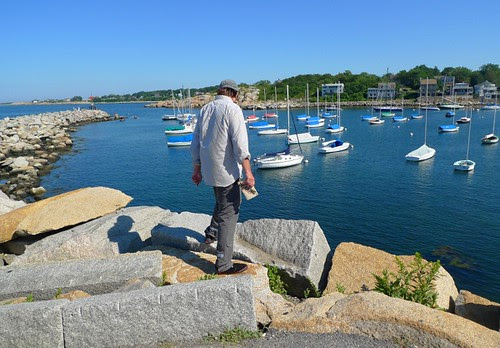 So at some point we decided to just let it go and accept that there wasn't going to be a whole lot of cycling during this trip. 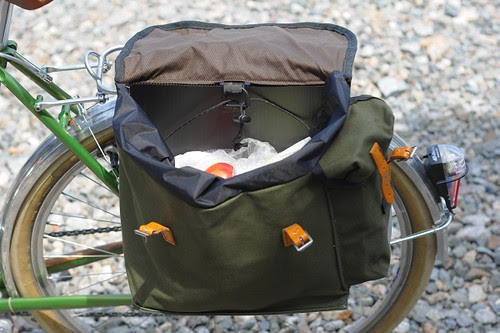 We used the bikes for transportation when necessary, but gave up even trying to go on "real" rides after the first week. 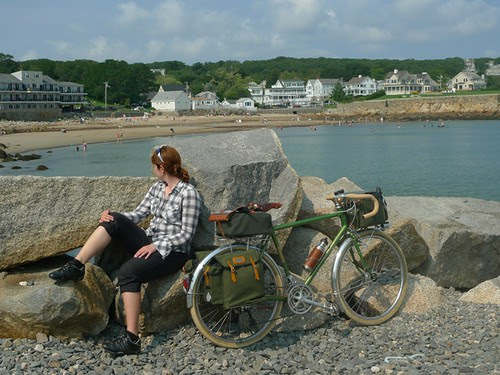 By the time we loaded up the bikes again to head back, I felt as if I'd gotten completely unaccustomed to it and the weight of our luggage was challenging. There are many short, but steep hills en route from the place where we stayed to the train station, and the bike fishtailed wildly every time I attempted to feather the brakes on a downhill. Given the huge amount of Saturday tourist traffic and the narrowness of the road, this made me so nervous that I was shaking and covered in sweat by the time we got on the train. Ironically, the final leg of the trip home - from the train station in the center of Boston to our house on the outskirts - was less stressful, but by the time we got home I was completely drained and did not want to look at another 100 lb luggage-laden bike again for a long, long time. 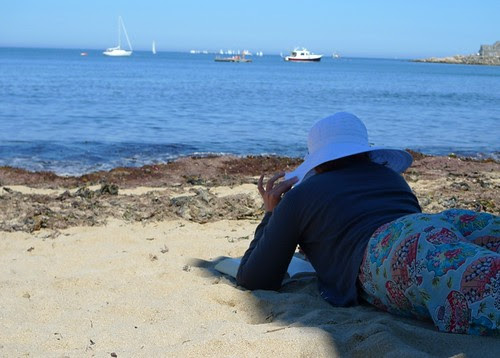 24 hours later, I still can't shake that feeling - a feeling that somehow morphed from that of being tired of just the trip home, to being tired of cycling in general. Maybe the hot, dusty, overloaded final ride was just a particularly cruel contrast to the cool, light feeling of being on the beach - swimming so far out from shore as to be surrounded by complete silence, submerged in the blissfully perfect temperature of Rockport's water. Also, maybe having taken a step back from cycling has made me realise that I've been neglecting other activities that I used to love - still love, in fact, but just don't get a chance to do. Maybe I ought to try harder to find time for them. Take swimming for instance: After all, Rockport is just a commuter rail's ride away and I can take one of my upright transportation bikes on the train, and... Ah, there. I guess I am still thinking of everything in terms of bikes, and there is really no danger of Lovely Bicycle abruptly ending as I run off to spend all of my time on the beach. Everyone needs an interlude, but cycling is such an inherent part of me now that I can hardly imagine life without it, at least in some form.
Labels: North Shore travel