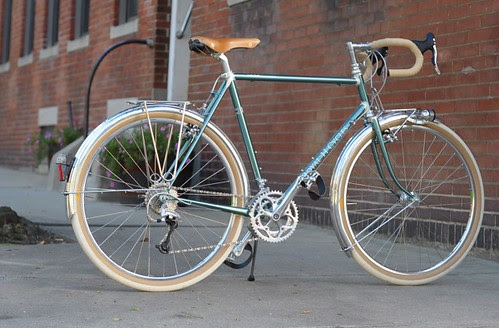 First an idea. Then a frame. Now finally a bike! 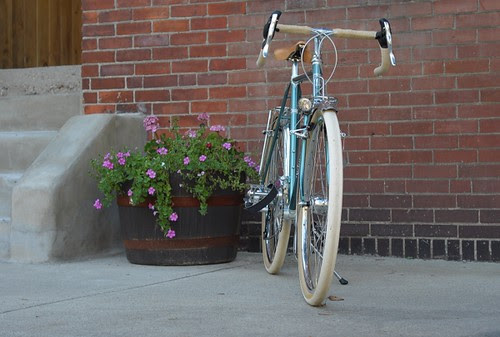 For those unfamiliar with this project, I have been collaborating with Bryan Hollingsworth of Royal H. Cycles to create a classic French randonneuring bicycle for a customer who was as curious as we were about how these mythical creatures handle. 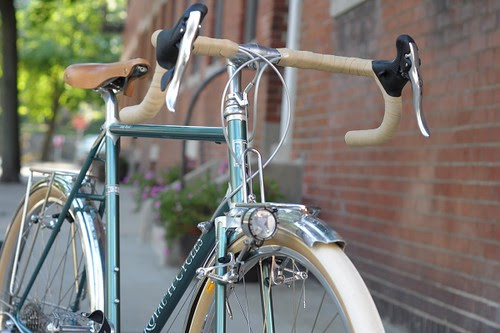 It's become popular to call all sorts of bicycles "rando bikes." Framebuilders and manufacturers will sometimes use this term to mean "a fast bike with fenders and racks that's meant for long distance." However, we mean something very specific: the classic low-trail geometry design with wide 650B tires, in the tradition of the early French constructeurs - as described and enthusiastically recommended by Jan Heine in the Bicycle Quarterly (see my earlier post about BQ here). We found Jan's descriptions of these machines intriguing: They promised the comfort and convenience of a fully equipped, wide-tired touring bike with the speed and responsiveness of a racing bike. Could it really be? 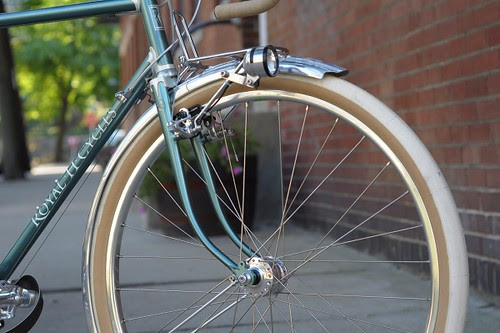 Jan Heine and a couple of my personal contacts in France were immensely helpful with the process of figuring out the geometry. Jan also advised on the choice of tubing and a number of other details. We specifically wanted to consult with him on these matters, because the whole point was to try the sort of bike he recommended. While our bicycle is not a constructeur (the racks and other parts were purchased, and not custom-made for seamless integration), it is a fine handbuilt frame, fully equipped with fenders, front and rear racks, and internally wired lighting. I would also like to acknowledge that we had some help from Harris Cyclery with the finishing touches of the build. 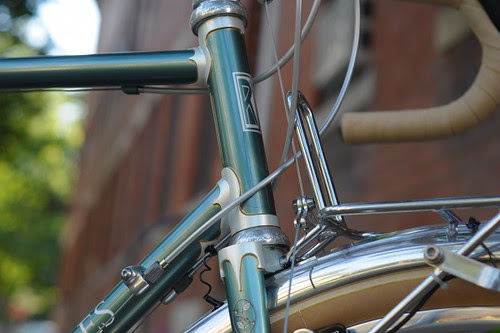 Naturally the frame is lugged, and for me the aesthetics of the bicycle are strongly defined by the lugwork in the headtube and the fork crown. I was happy to see that these lugs remained a strong focal point even once the frame became "cluttered" with components and accessories. Notice also the tiny lug where the wire for the lighting enters the downtube. There is a matching one on the left chainstay, but I don't have a good shot of it just now. 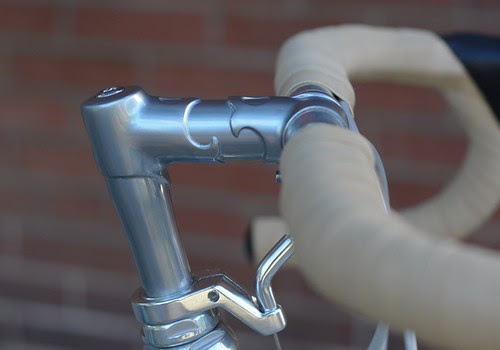 I am not going to go into details of the frame construction and internal lighting right now, so that will have to be a separate post. Some of the components are pretty interesting - such as the Nitto lugged stem and the Grand Bois Maes handlebars - and I may write about them separately as well. 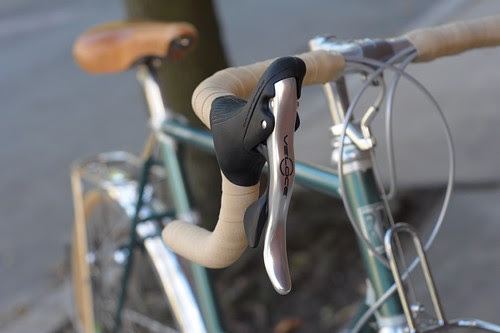 Will also write about combining Shimano drivetrains with Campagnolo shifters, which we have done to two bicycles so far. 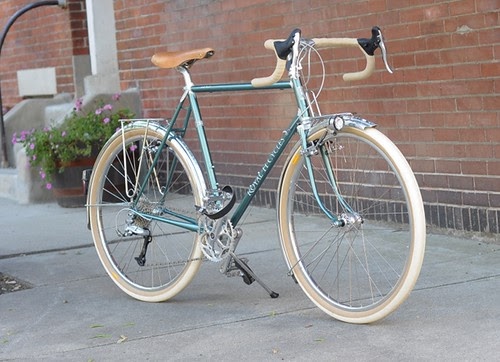 The bicycle as shown here is not entirely complete: It's getting a handlebar bag in a few days, as well as bottle cages, a bell and a computer installed. I will be thoroughly test riding it over the course of the next month before it is sent off to the customer, and writing up my impressions in an article for Bicycle Quarterly. The BQ article will be different from, and more detailed than the posts here, so reading it will most definitely be worth it for those interested in the topic. 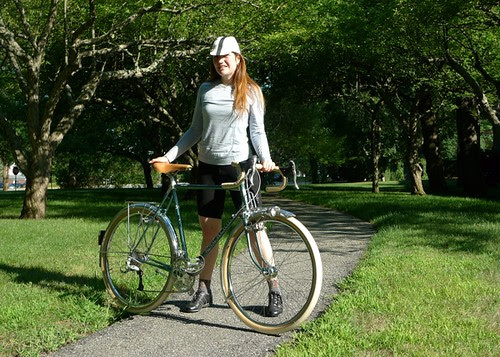 Yesterday I took the randonneur on its first ride: 40 miles consisting of the hilly countryside, a crowded bicycle path, and urban areas with heavy traffic. Some might say I should not be riding this type of bicycle without a handlebar bag at all, but I think it's important to get a sense of how it handles without any weight on it - even if the design is optimised for a front load, it seems worthwhile to compare the handling both with and without. The size of the frame is more or less right for me. If it were mine I would make the seat tube 1cm shorter, but probably would not change much else. I am particularly pleased that even on such a relatively small frame there is absolutely no toe overlap - in fact there is over an inch between the tip of my toe and the fender. 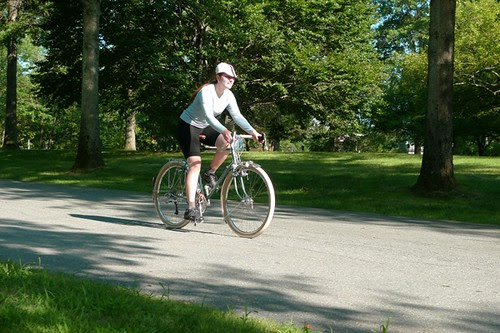 Because countless people have told me that low trail bicycles are a "love it or hate it" sort of thing, I expected to have an extreme reaction to the randonneur's handling. However, that did not happen. It rides like a bike, basically. A nice bike. Different from other bikes I've ridden, but not as radically differently as I expected from some of the dramatic descriptions I've read and heard. The most distinct qualities I've noticed so far are the the way it turns (different), accelerates (excellent) and climbs hills (oh my...). But I need some time to make sense of it all and put it into words, so please stay tuned. 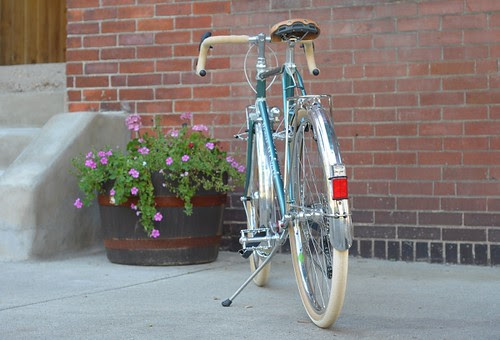 In collaborating on the randonneur, my main agenda was to satisfy what had become a burning curiosity about this particular type of bike while also helping create a custom bicycle from scratch in keeping with my aesthetic vision - all of which was in line with what the customer wanted. We have no expectations about whether ultimately we will like or dislike the handling, since that is the whole point of the experiment. I will have the randonneur until September and am thankful for the chance to gain a firsthand understanding of these bicycles over the course of my temporary guardianship.
Labels: framebuilding Randonneur Royal H