Junk Miles: Not an Insult 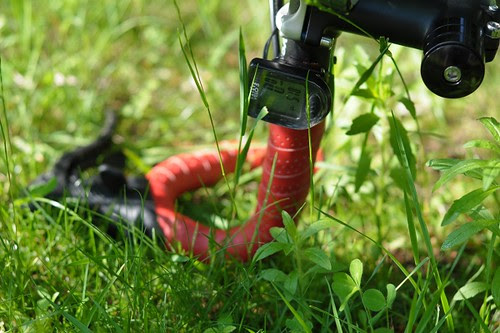 Since having gotten into roadcycling, I find myself in the hilarious position where both "roadies" and "non-roadies" will ask me questions about the imagined other, as if I can provide inside information. Of course the dichotomy is mostly a false one, but that hardly matters. I get questions such as "So why do roadies ___ when they ___?" or "So when people ride bikes to work, how in the world do they ____?" Half the time I don't even know what the person means, but it's always entertaining. It also shows our readiness to think in terms of ingroup/outgroup - attributing exotic, irrational tendencies to the outgroup while perceiving the ingroup as entirely normal.
Anyhow, the latest conversation I had in this context was about "junk miles." Before I even knew what that term meant, I'd noticed that transportation cyclists find it offensive - perceiving it as a derogatory expression used by roadcyclists to be dismissive of any other type of riding. In keeping with this, last week someone asked me: "So when you go to the grocery store, do you now think of it as junk miles?" - the idea being that the person assumed roadies do not consider that sort of thing to be "real" cycling, hence junk miles or wasted time on a bike.
All right. So allow me to attempt to explain "junk miles" as I now understand it from a roadcycling perspective, because the term appears to be widely misunderstood. Transportation cycling is not junk miles. A fun ride with friends at a leisurely pace is not junk miles. Relaxed touring is not junk miles. Nothing you do outside the realm of cycling as a sport is junk miles, because the term simply does not apply to you.
But let's say you are a roadcyclist who is training for a race. This means that you want to improve your performance, to become faster. In order to train effectively for this purpose, it is generally suggested that you alternate training rides that are super-difficult with rides that are easy. The super-difficult rides will push you beyond your current abilities and the easy rides will allow you to recover. What you don't want to do too much of are rides that are in between. Those types of rides are called "junk miles," because they don't help you get faster, but they don't allow you to recover either. That's it; that is what the term means. It is used exclusively within the context of roadcycling, and with the assumption that the person is an athlete, intentionally engaging in goal-oriented training. The term does not refer to other forms of cycling.
I am not sure how the misunderstanding originated that "junk miles" is an insult to transportation or leisurely cyclists, but it is exactly that: a misunderstanding.
Labels: handlebars roadcycling