How Many Bikes Are You Riding? 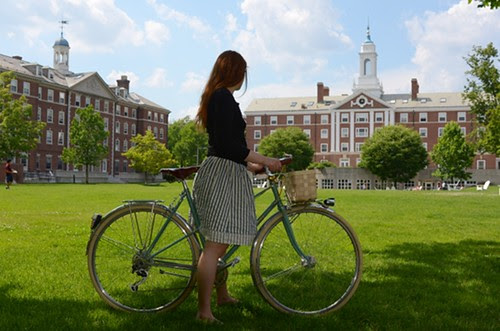 Lately I've been testing and experimenting with many bikes, and some have asked which ones I ride on a regular basis. Or do I ride a different one every day? Well, definitely not that. Despite a penchant for accumulating temporary and permanent bicycles, I prefer to ride the same ones over and over, and the fewer the better. The rotation changes, but the pattern has been three bikes at a time. Now that it's the hottest part of the summer, I've been riding the mixte for transportation, as well as a roadbike and a touring bike for sporty rides. As the cold season approaches I will start riding the mixte less and my hardy 3-speeds more. For roadcycling I will probably switch to a fixed gear as the days grow shorter, because it packs more punch into shorter rides. But all in all, it's pretty much no more than three bikes at a time for me, one of which is always a fully equipped transportation bike.

Giving this some more thought, I can see how I arrived at experimenting with multiple bikes. I don't drive, so every time I leave the house to do anything it is on a bike. But I don't have a consistent commute either, instead traveling between different places numerous times a day. The destinations vary, the distances vary, even the terrain varies. And that's all just for transportation. Add an interest in touring and roadcycling to the mix, and it's easy to see how things can get out of hand!

How many bikes do you have in rotation at a time? Do you enjoy switching from one bike to another, or are you a creature of habit who prefers to stick with the same one(s)?
Labels: Royal H. Mixte