Shorter Cranks, Dainty Pedals, and the Ambiguity of Toe Overlap 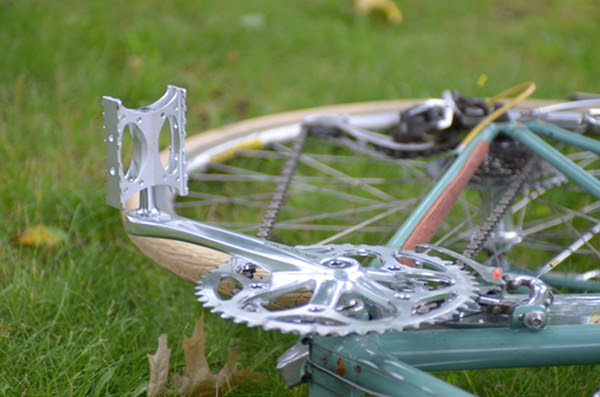 Last week I was offered the opportunity to trade the Sugino Alpina crankset on my mixte for the exact same model with shorter cranks, and I went for it. The original cranks were 170mm. The ones on it now are 165mm. A 5mm difference is very small, but can be significant. For instance, some say that shorter cranks make for a smoother pedal stroke. But my reason for the change was to reduce toe overlap. I mentioned previously that my mixte has it to a small degree, and that I'd like to get rid of it since I now use this bike mainly for transportation. In theory, that could be done either by converting to 650B or re-raking the fork. But before resorting to such drastic measures, I wanted to try something easier. 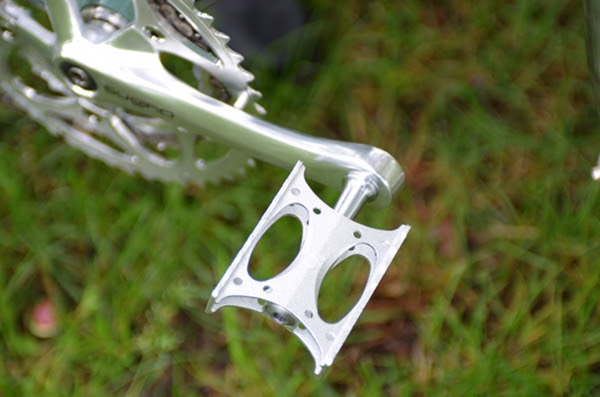 In addition to the shorter cranks, I also replaced the MKS Touring pedals with Velo Orange City Pedals. Being smaller, my assumption was that the new pedals would reduce overlap further still - though I am now told this isn't so. 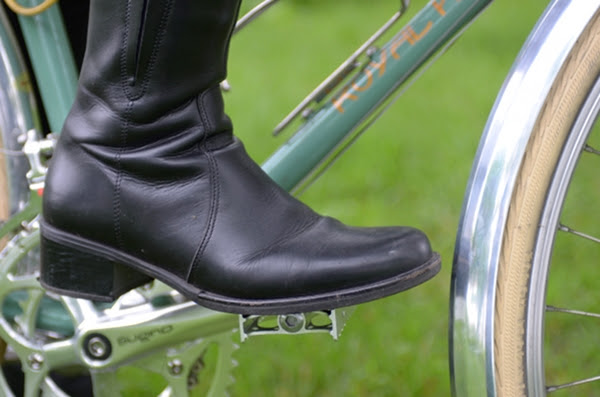 Either way, with the new set-up my toes are about 1/4" further back from the front fender than where they were previously. These are the longest-toed boots I own, and with my foot in its most typical position on the pedal there is no overlap even on the widest turn. 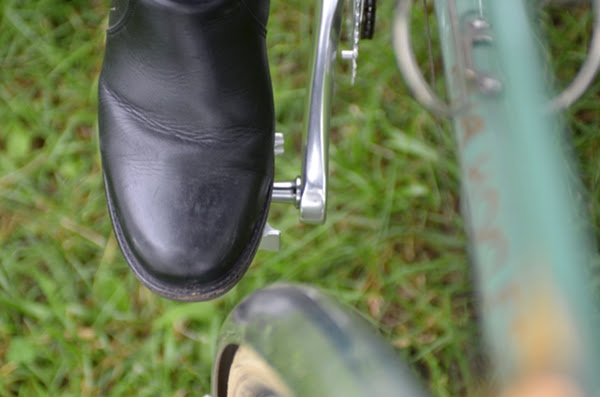 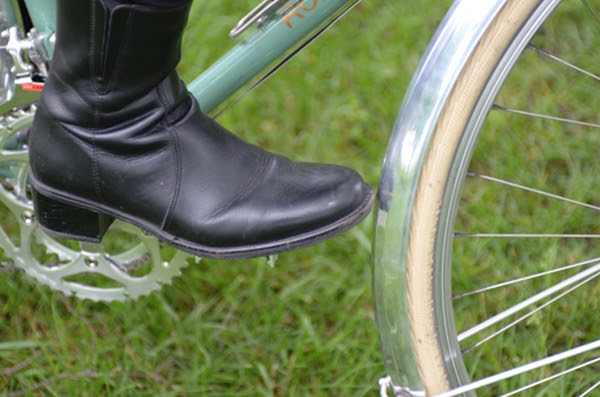 But the thing about an upright bike that is ridden casually and with no foot retention, is that you can plant your foot on the pedal any which way. Sometimes I am sloppy, and plop it down further forward than typical when starting. In that sense, the toe overlap issue remains ambiguous. I need to ride around with this setup for a few weeks to see whether it still happens on occasion. I am not sure whether I notice any difference between the old cranks and the new ones, but it's possible that my pedaling feels a little "rounder." Or I could be imagining it, because that's what I've been told is supposed to happen. (Crank length placebo effect?) 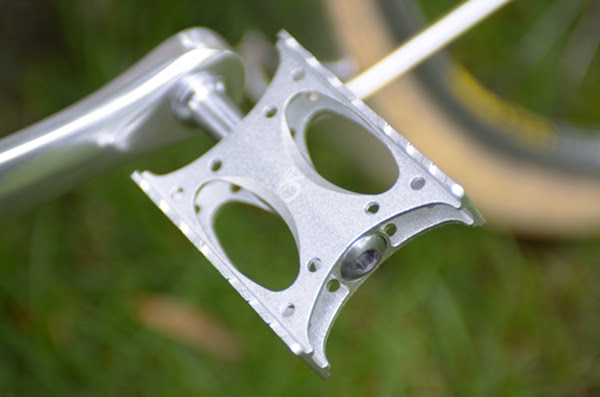 As for the VO City Pedals, I absolutely love them so far. Ever since having tried them on the Rainbow Bike, I wanted them for myself. They don't stab my bare legs and toes the way MKS Touring pedals do, they are grippy, and they are extremely light (228gr per pair). It also does not hurt that they are pretty - though this, of course, is in the eyes of the beholder.

One caveat though, is that these pedals are very narrow (82mm across) and I have heard from a couple of people who find them uncomfortable for that reason. If you have large feet or tend to wear bulky workboots on your city bike, these are probably not the best choice. 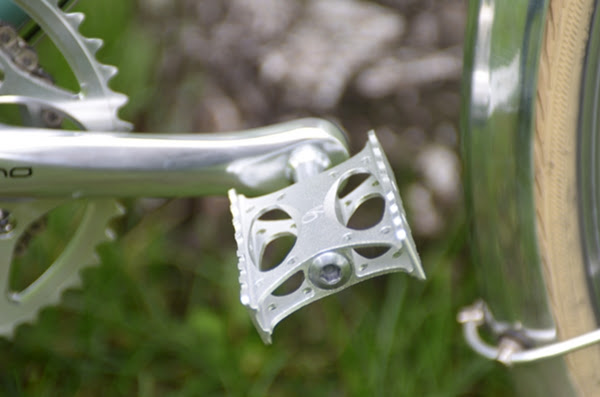 So far I am happy with the changes I've made here, and together with the new basket the mixte has definitely turned into a transportation bike. The toe overlap was minor to begin with, so hopefully this will render it insignificant - but we'll see.

If you've ever played around with crank length on your bikes, did you notice a tangible difference? I have bicycles with cranks ranging from 165mm to 175mm, and they all feel fine, so I tend to use things like bottom bracket height and wheel size to determine what cranks a bike should have. But what do I know! Maybe with time I'll be able to tell the crank length of the bike I am riding just by the way it feels to pedal... though I remain skeptical.
Labels: comfort mixte product reviews