Why Not Here? Pondering the Ingredients of a Cycling Town 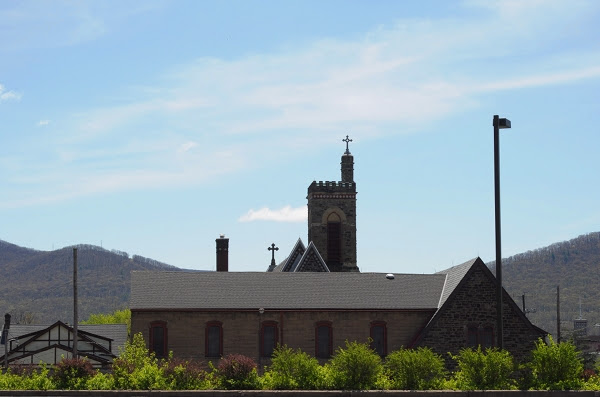 Having just returned from Central Pennsylvania, I am still trying to makes sense of my impressions. I was familiar with Lancaster County and the Poconos, but had never ventured west of these areas until now. While I'd imagined a wholesome and fertile land with dramatic mountain views, the landscape we encountered looked bare and depleted. We saw fairly few farm animals, and minimal vegetation. Many of the farms we passed seemed outright abandoned. Later we were told about the extraction of natural gasses that has become popular in the region, so perhaps this could account for it. It would also explain the enormous, brand-new-looking hotels that stood in sparsely populated areas, towering above the Methodist churches and the dilapidated barns. 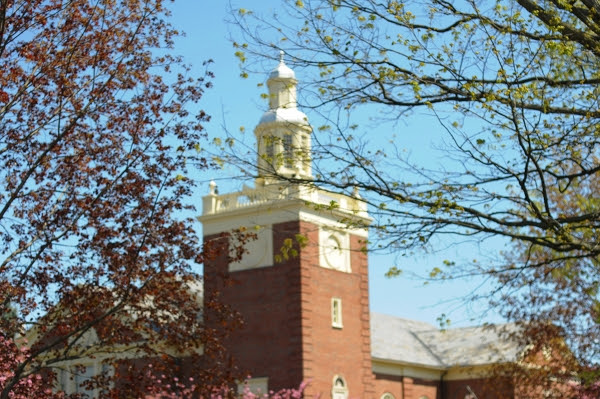 In the midst of all of this, we came upon a lively small town - a town with historical buildings, tree-lined streets, an active downtown area, and a picturesque Liberal Arts college with manicured grounds. Surrounded by mountains and farmlands, the town forms a microcosm of "culture" - offering the only sidewalks, storefronts, restaurants and cinemas for miles around. Exploring it with curiosity, it occurred to me that this was the sort of place a friend of mine refers to as "cycling-prone" - his theory being that "cycling culture" tends to develop in places that are structurally prepared for it, and where the population could benefit from it. 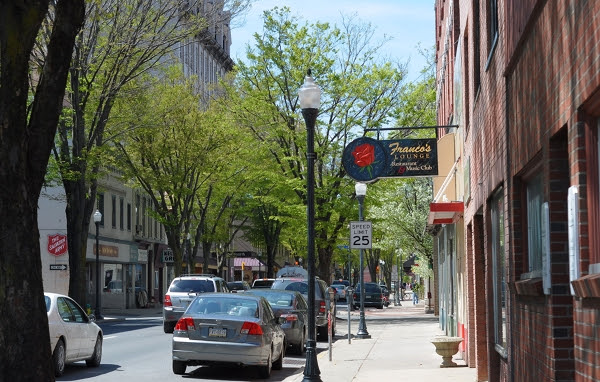 Among examples of structural preparedness he includes things like one-way streets with low speed limits. Check: This town is big on one-way streets, with speed limits under 30mph. Frequent street lights and well-designed intersections are also crucial, and this town has them. Large intersections involve dedicated left turn lights, which is helpful for cyclists as well. 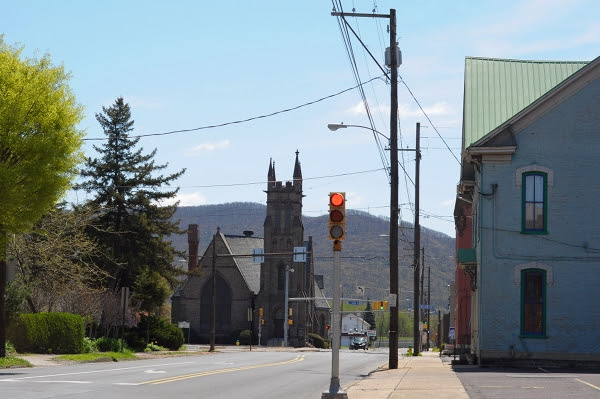 There is also the concept of "manageable scale:" The argument is that cycling tends to be popular in small cities or towns with self-contained economies, because most commutes will be fairly short - yet still not quite convenient to make on foot. This town fits the bill perfectly: The population is around 30,000 and a great portion of the residents seem to live, work, and seek entertainment within the town's confines, simply because there is not much beyond it. And being in a valley, the terrain is mostly flat - making even the simplest single speed bicycle sufficient for commuting. 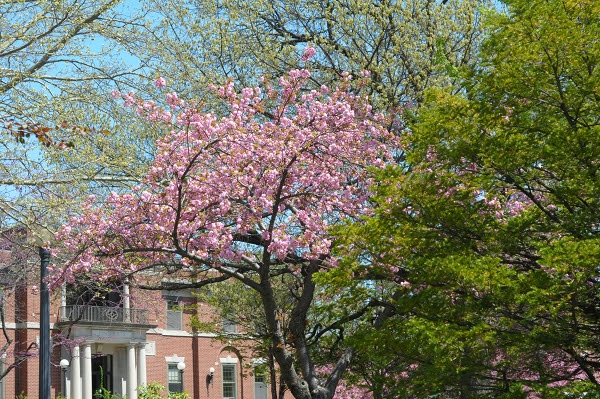 And then, there is the college - a small undergraduate institution with 2,000 full-time students who live on or close to campus year-round. College towns are supposed to be especially prone to embracing cycling, because it makes for a quick and inexpensive means of local transportation. College students also tend to be concerned about the environment, and some are drawn to cycling for those reasons. A quick glance at the college website shows that environmental issues are indeed prominent: Projects to reduce carbon footprints are announced, the benefits of a new recycling program are touted. 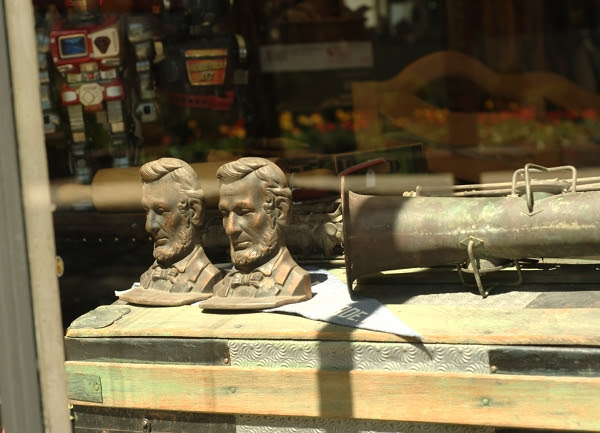 In short, all the ingredients are there for this to be a cycling town... and yet, it is not. I saw not a single transportation cyclist on the streets, and not a single bicycle locked up near the college campus or elsewhere in town. To me, this is interesting. Why no cycling here, but yes cycling in places like Hanover, NH and Ithaca, NY - where the towns and the surrounding landscapes are demographically and geographically similar? Sure, Central Pennsylvania can be called "old fashioned," and one could argue that cycling is a contemporary trend that will take a long time to reach here. But the same can be said of Northern NH: You won't see any locals outside of Hanover cycling, but within the town itself it is popular. Also, while I have not been to State College, PA - which is not far away - my understanding is that some students do cycle there for transportation as well.

I suppose my point is not so much to analyse this particular town, as to point out that the popularity of cycling cannot be explained with geography and demographics alone. Even with all the ingredients present, there is no guarantee that they will be utilised and combined into a cycling cocktail, if you will. I can only conclude that, in addition to the ingredients, there needs to be a catalyst to make it happen. To shake things up and get things started. And that catalyst could be anything - from an incoming class of trendy freshmen bringing their fixies to campus, to the college instituting a semester-based bicycle rental program, to the town suddenly deciding to paint bike lanes. I wonder whether that could happen in the coming years in this central Pennsylvania town and others like it.
Labels: social commentary travel