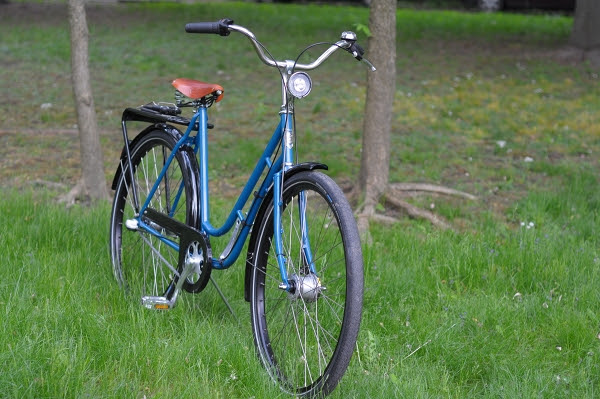 Last week I received a new bicycle for an extended test ride and review: a Pilen Lyx. The distributor (BoxCycles) gave me a choice of colours and I took a gamble once again instead of just asking for black. This time the gamble paid off: The unusual shade of blue looks as stunning in person as it did in pictures. It is an ethereal "northern skies after an afternoon storm" sort of blue that I just want to keep staring at. 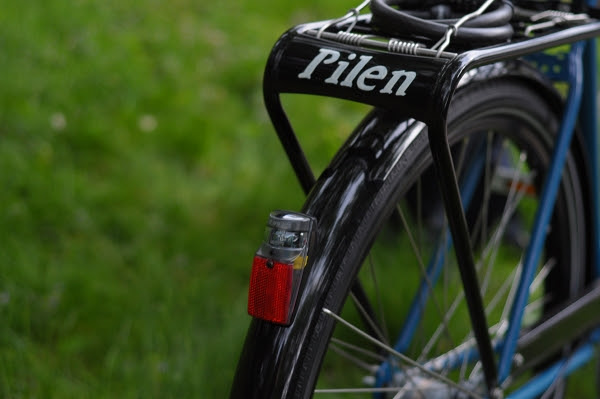 A small Swedish manufacturer, Pilen has been producing bicycles since 1998. The worksmanship looks outstanding. 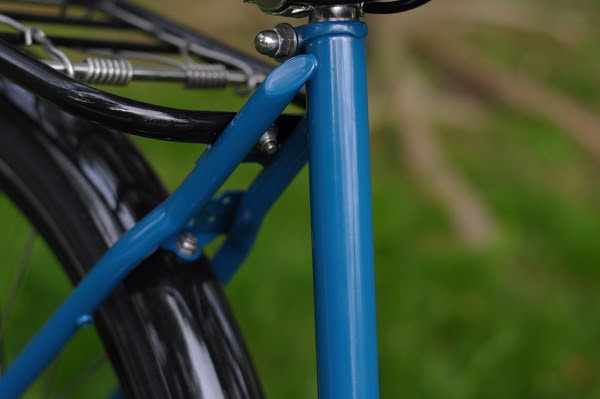 The finishing on the TIG-welded frame with lugged fork crown, seat collar, and capped seat stays is up there with the quality of high-end custom frames. 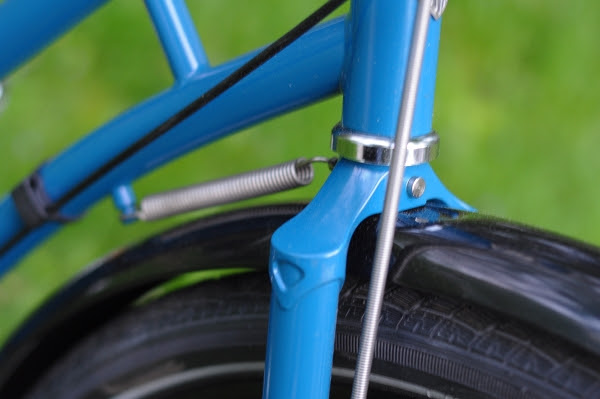 I will cover the frame details in the review after I've had more time with the bike, but so far I am pleasantly surprised. 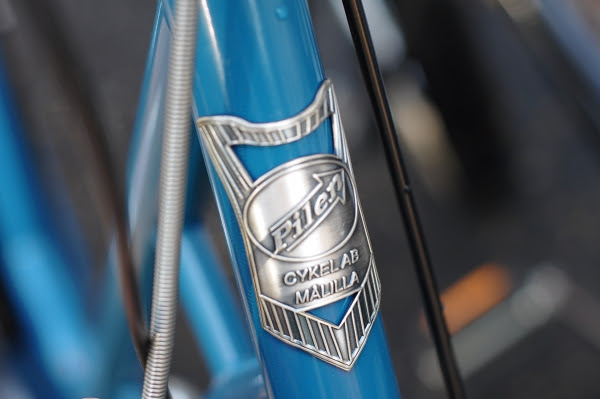 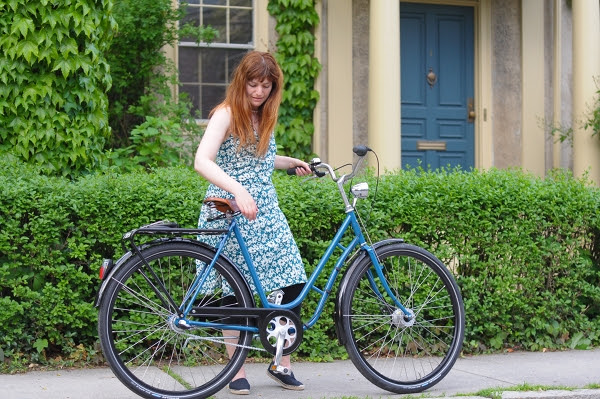 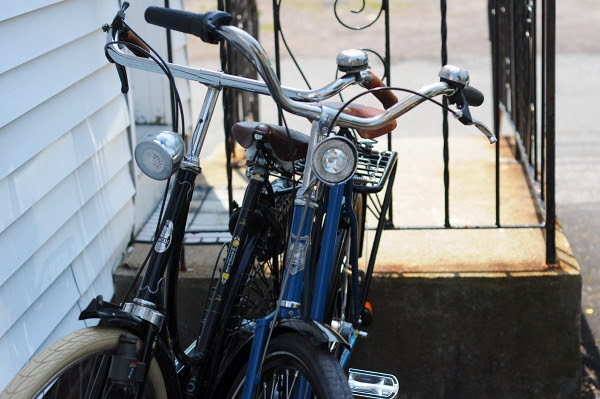 Here are the Gazelle and the Pilen together. The Pilen will be kept outdoors for the duration of its visit, which will allow me to test its resistance to the elements. The distributor assumed this as a matter of course, since that is how he keeps his own bike and that is how Pilens were designed to be stored. 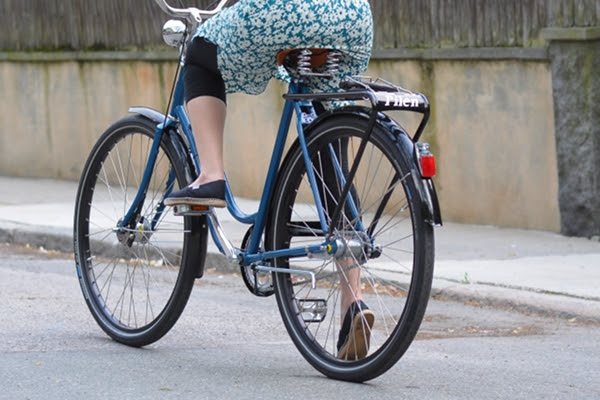 I've been riding the bike since Friday, but am not ready to describe the ride quality yet. It is not like a Dutch bike, and neither is it like an English roadster, so I am trying to "understand" it. I am also still messing with the handlebar and saddle positions and will hold off on my impressions until I get those just right. 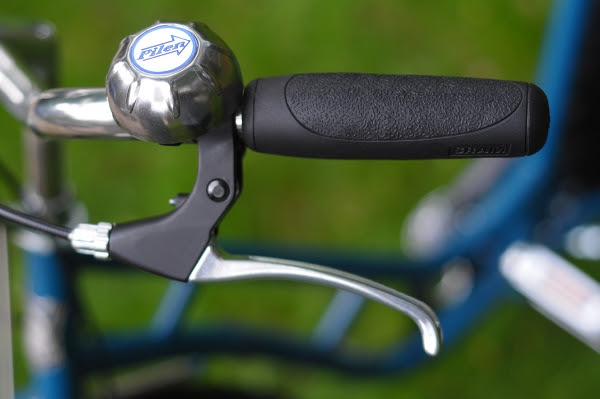 In their generosity, the distributor has given me the green light to give this bicycle away once I am finished reviewing it. There are no strings attached: I can just give it to one of my readers in any way I see fit. This is exciting, and I already have an idea for a contest that is kind of kooky, but hopefully fun. So if you are a taller lady, the Pilen could be yours! The final review will probably be ready in 3 weeks' time, and that is also when the bicycle will be given away. Stay tuned and I will post more about the contest next week!
Labels: give-away pilen test rides