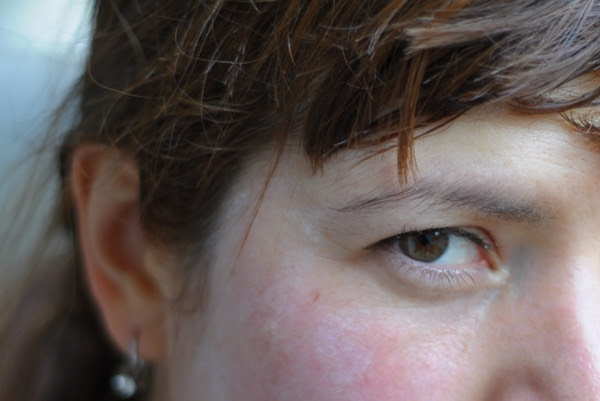 Though I have derived many benefits from cycling, the one drawback I am still struggling with is sun damage. During my first year on the bike as an adult, I thought that I was being pretty good about using sun protection, but noticed visible damage to my skin that seemed to be a direct result of cycling over the summer months. Darkened patches and wrinkles appeared in areas of my face and body that had been most exposed to the sun while cycling. And this was despite using high SPF sunblock and staying off the road during the hottest times of the day.

At some point last summer, I switched from chemical to physical sunblock (titanium dioxide or zinc oxide), which seems to have helped. My skin was sensitive to the chemical stuff, and some friends told me that 30SPF physical block worked better for them than 60+SPF chemical, as well as lasted considerably longer. I switched and found this to be true for me as well. Physical sunblock remains visible after application and looks kind of goofy, but at this point I couldn't care less and just want to ride my bike without wrecking my skin. After year two there was still some additional skin damage, but less than before.This summer I will try to be extra good about applying the sunblock as frequently as possible.

In speaking to long-time road cyclists about sun damage, I've learned that it is a common complaint - to the extent that some just accept it as inevitable, embrace their wrinkles and brown spots, and pay frequent visits to the dermatologist. I really don't want to believe that it has to be that way, but my own case has done nothing to prove them wrong. What has been your experience with sun damage as a result of cycling, and how do you deal with it?
Labels: summer cycling sun and heat