Threadless Stems: the Good, the Bad and the Ugly With the Urbana bike temporarily in my possession and the Surly bikes we rode last week-end, I have suddenly undergone a crash course in threadless stems. Though of course I have seen them on bikes before, now I got to actually play around with one and understand it firsthand.

In the world of classic and vintage bicycles, you will find a strong preference for threaded (quill) stems, and for good reason: Threadless stems are a fairly recent invention and their thick, boxy shape tends to clash with the more elegant lines of a lugged steel frame. In other words, they are considered "ugly." But I do not necessarily share this sentiment. While it is true that many - probably most - of the threadless stems we see on production bikes are clunky and offensive-looking, it does not have to be that way: Ugliness is not an inherent property of a threadless stem, but a byproduct of modern manufacturers generally catering to an "athletic gear" aesthetic. Elegant, polished alloy threadless stems do exist - made by the likes of Nitto and Velo Orange. Here is a nice fillet-brazed threadless stem and even a lugged one. Threadless stems can also be painted to match the frame of the bicycle, which to my eye actually works better than when the same is attempted with a quill stem. Even the simple, utilitarian stem on the Urbana bike doesn't look at all bad: I think it suits this bicycle's chunky tubing and contemporary style. 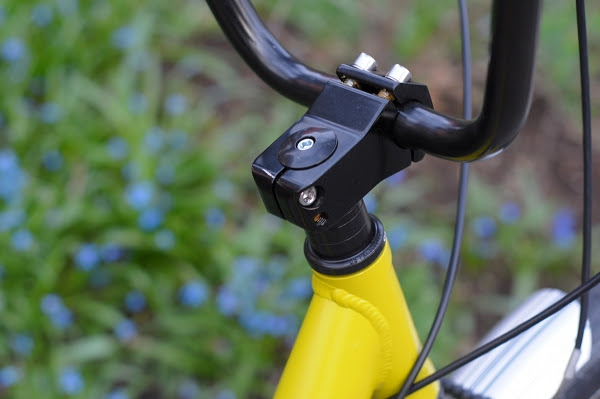 With a pre-assembled bike there is even less choice, because the threadless stem is already installed and the handlebar height is predetermined without your involvement. For me, this system would pose a major problem - especially on a roadbike - as it usually takes me a while to fine tune my preferred handlebar height on any given bike, and even after that I just occasionally feel like a change. With a threadless stem, I would be out of luck. If you are a novice road cyclist, this also makes it impossible to get yourself gradually accustomed to drop bars via the "lowering the stem" method I described earlier. 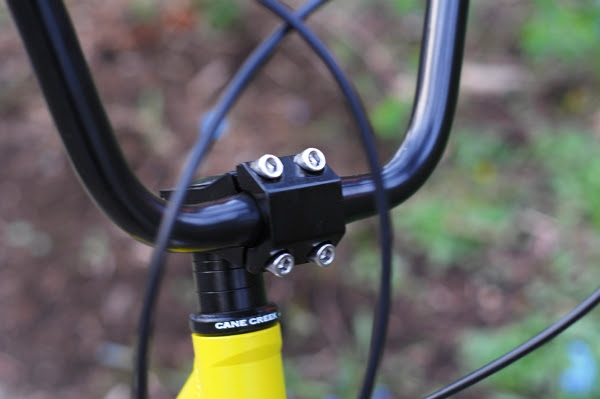 But while the lack of height adjustability is a drawback, I also discovered an unexpected benefit to the threadless stem: It is easier for me to work on. As mentioned before, I have problems with my hands that, frustratingly, make it mostly impossible for me to work on bikes. I know how to do most of the stuff and can give clear instructions to someone else, but typically lack the hand strength necessary to perform the operations myself. Not so with the Urbana bike. I first noticed that I was able to work on this bicycle, when we were putting it together and I tightened a bolt that I normally wouldn't have been able to. Later, I wanted to change the angle of the handlebars, so I watched this instructional video and did it - loosening and retightening the bolts with no problems. By contrast, I cannot even budge the bolt on a quill stem on my own. If threadless stems are generally easier to work on, then it's nice to have this bit of independence.

What's your view on the benefits or drawbacks of threadless stems? Do you see them as out of the question on classic bicycles?
Labels: comfort handlebars Urbana