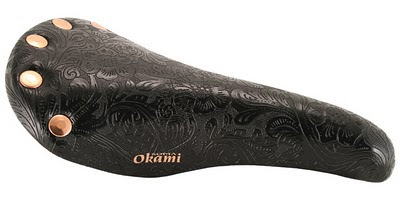 [image via somafab.com]
Though I am personally not against using animal products, some of my friends and readers are - which makes bicycle saddle purchases especially difficult for them. The problem is the basic construction of the saddles: There simply aren't any vegan options on the market today that are made in the same manner as suspended leather saddles, whereby a tough yet breathable material is stretched over metal railings like a hammock. So, what is the next best thing in terms of construction? Since saddle preferences are highly personal, I can only tell you what works for me, and hopefully it will be useful to some of you as well. If not suspended leather, then the next best thing for me is an ergonomically-shaped saddle that is a hard plastic shell, covered with a thin layer of synthetic material and very minimal padding in between. I prefer this construction by far over heavy padding or gel, which I find completely unridable. A number of experienced cyclists, such as Jon Forester, recommend these hard saddles over padded ones - the reasoning being, that the padding/gel bunches up under your sitbones and becomes uncomfortable over the course of a ride, whereas a hard plastic support with minimal padding holds up your weight equally. 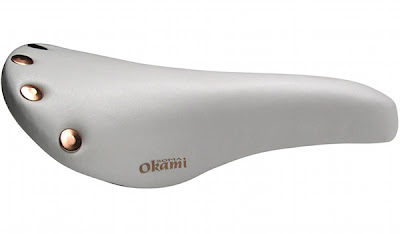 [image via somafab.com]
For roadbikes, there are several vegan options available as far as these types of saddles go. Notably, SOMA has recently released the Okami series (above, and the previous image), which comes in black, white, and embossed floral "synthetic leather," with copper-plated rivets. I've heard good things about this saddle, though I personally have not tried it. And it certainly looks classic. 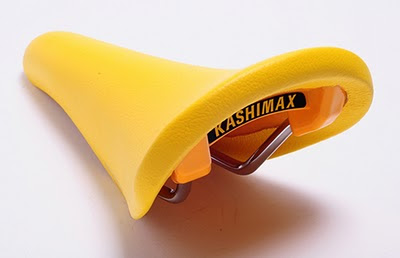 [image via tokyofixedgear.com]
The Japanese manufacturer Kashimax has recently re-issued several colourful models in this tradition, many of which are vegan (just look for the models labeled "plastic" rather than "suede"). Though the Kashimax saddles look scary-long and uncushioned, I've tried one on a friend's bike and really liked it. 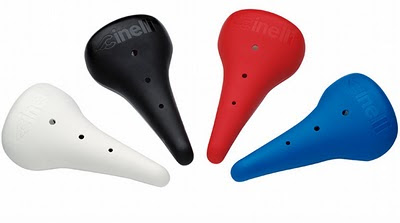 [image via cinelli.it]
Another all-plastic option is the Cinelli Unicanitor re-issue - "the first saddle with a plastic shell in the history of cycling". 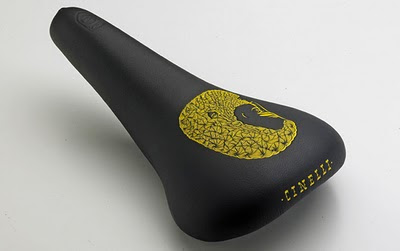 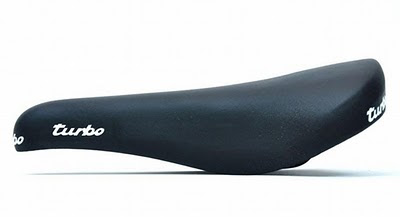 [image via chari &co]
Two Italian manufacturers have re-issued their original versions of these classic saddles as well. Selle Italia has released several versions of the classic "Turbo" model. I have ridden on several vintage Turbo saddles and loved them, so this would probably my vegan saddle of choice for a roadbike. There is something about the squarish back, the sloping sides and the down-turned nose that I find very comfortable.

[image via sellesanmarco.it]
The Concor release by Selle San Marco is a similar design to the Turbo, though I have not tried these personally. And SOMA's Ta-Bo is yet another version. 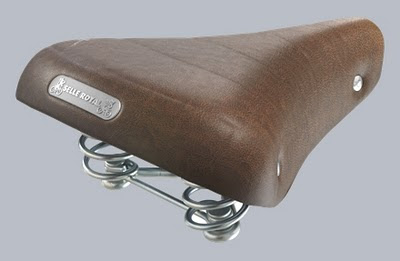 [image via selleroyal.com]
Now, as far as saddles for upright bicycles go, I am not really sure what to tell you. I have not found a good vegan alternative to a sprung leather saddle, so these are more like "the lesser evil" suggestions. The Ondina model by Selle Royal (above image) is a mattress-style saddle. It is more evenly padded than other models I've tried, and resists bunching up. I have ridden on this saddle and thought it was fine for a short urban ride. 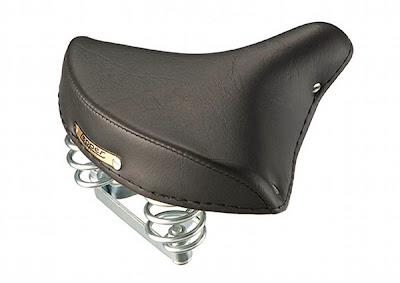 [image via lepper.nl]
I have also tried the mattress-style Lepper saddles (which come standard on many Dutch bikes), and those are similar to the Selle Royal, though with a more boxy profile. They are also usually quite heavy and the springs are enormous. 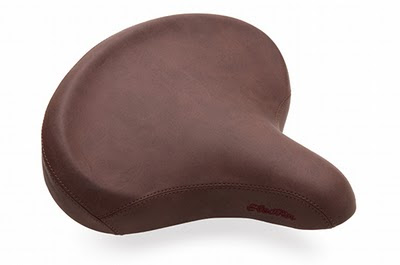 
Electra offers a number of vintage-inspired saddles that look the part, and aren't as horrendously over-padded as others I've seen - including these narrower styles that would work well on a mixte. 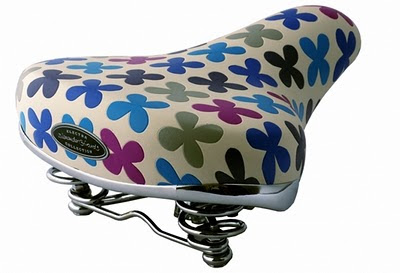 [image via electrabike.com]
Electra also sells a lot of colourful models that could work well on a traditional bike. After all, a classic look does not necessarily need to imitate leather. 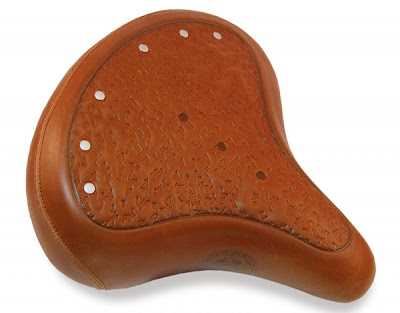 [image via nirve.com]
The cruiser manufacturer Nirve offers a number of traditional styles as well, including the riveted saddle pictured above and a number of floral-embossed models. 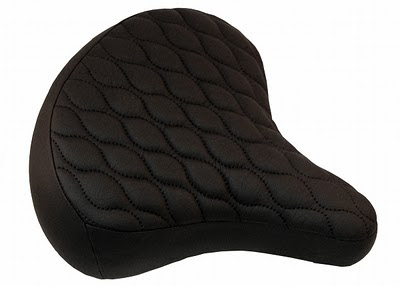 [image via nirve.com]
And another classic design by Nirve, with the "diamond" pattern popular on cruisers. If you are going for looks alone, there is a great deal to choose from between Nirve and Electra, but ride quality reports for these vary considerably.
If you have experience with any of the saddles listed here, please share your thoughts. And if you have other vegan alternatives to recommend for those who do not wish to buy leather saddles,  your suggestions would be much appreciated.
Labels: comfort saddles