On Bicycles, Women and Politics 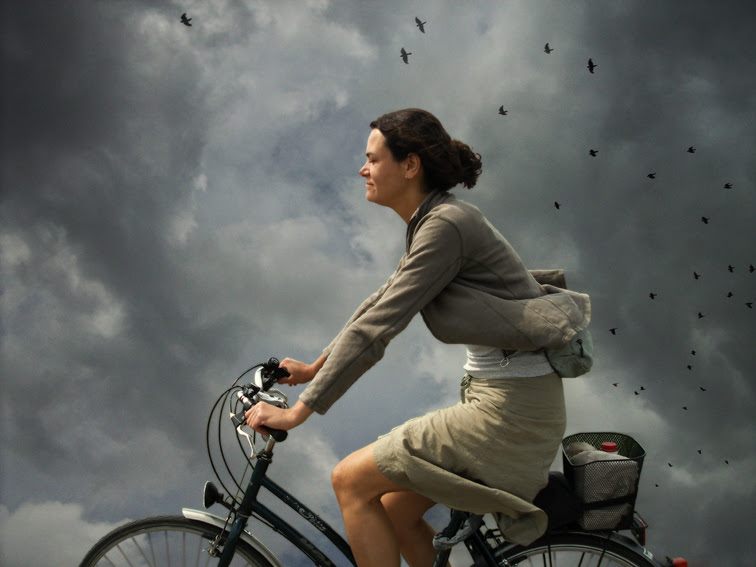 [image via Mattijn]
Today is the 100th anniversary of International Women's Day - what began as a European political movement in 1911, but evolved into what is now more like a "women's appreciation day," or, in the former socialist countries, a sort of Mother's Day and Valentine's day rolled into one. As ironic gestures, friends have sent me cards with messages such as "Woman, With Your Daily Acts of Goodness You Inspire Us!" showing a Polyanna-esque maiden feeding forest animals amidst flower blossoms. 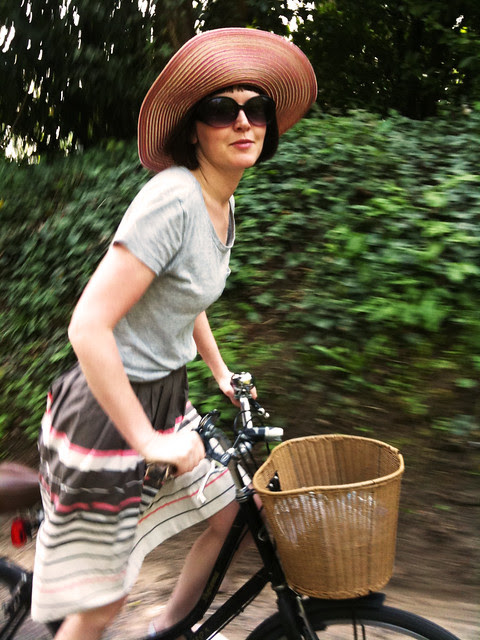 [image via I am Cheapskate]
Though I am fairly well versed on gender in the academic sense,  I did not personally care much about gender "issues" until I became interested in bicycles and cycling. Something about the latter turned the former into a more poignant topic, and I find myself writing about gender-oriented themes here that would not have been on my mind a few years ago. I feel vaguely unsettled about the way female cyclists are perceived and depicted by the very cycling community they belong to. I get the same feeling of unease from the pictures on Copenhagen Cycle Chic as I do from that Woman's Day card showing the angelic girl feeding forest animals. 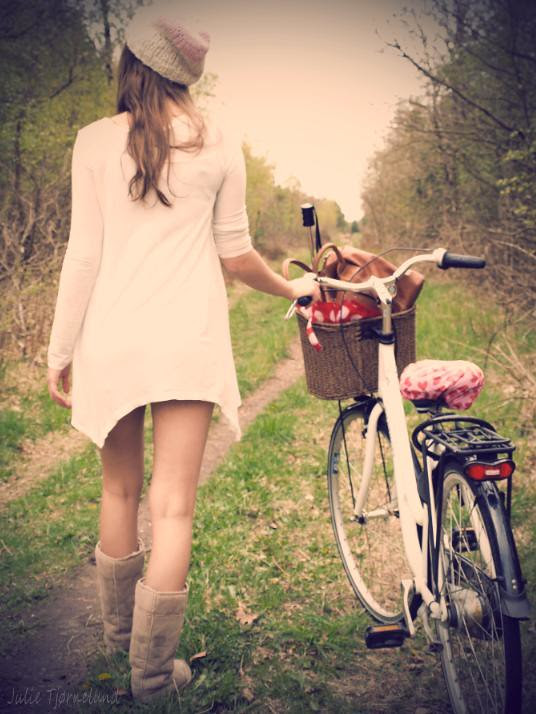 [image via Julie Tjorneland]
Equally distasteful to me is the school of thought that women cyclists "bring it upon themselves" by being all sexy and frivolous on their bikes wearing skirts and high heels. If they want to be taken seriously as cyclists, they must don practical shoes and high-vis wear. It's been decades since similar rhetoric about women has been acceptable in Western society. But apparently the cycling community is an exception.

[image via R A C]
Besides, don't roadies and tri-athletes wear far more revealing clothing than women going grocery shopping in a dress and heels? At the heart of it, it's really all about how one chooses to twist it politically, which in turn is based on personal preferences and prejudices. 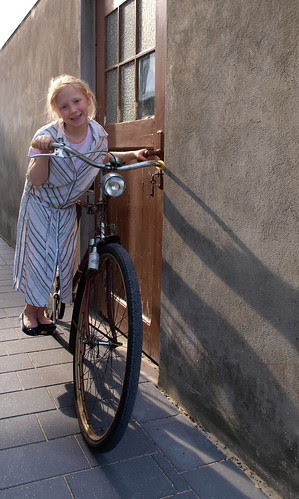 [image via macfred64]
And what is the difference between politics and personal philosophies? Let's Go Ride a Bike has a post today where they ask "Is bicycling political?" - which I think is more or less a trick question: a contemporary truism, whereby any "no" answer will inevitably be demonstrated to be just as political as a "yes" answer. It reminds me of the arguments I had in college with people who would tell me that being a woman is political, whether I wanted it to be or not. According to those arguments, everything I do is inherently political because I am a woman, and I have no way of escaping that. But don't I?

I think that in order for the political question to be addressed meaningfully, we have to distinguish the way others perceive us from our inner world - and while the two are connected, they are not one and the same. Any action on our part, as well as our very existence, can be perceived as political by others. But if we don't experience it politically, then it is a basic human right for our inner experience to be recognised as valid. A woman's cycling and her gender may be politically perceived by others, but they may not be politically experienced by her - with both points of view having equal merit.
Labels: gender skirt social commentary