No Car, Must Travel 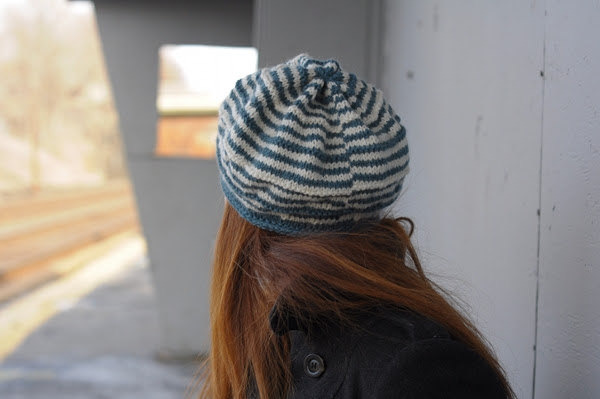 It has been two and a half months now without the car - pretty much the entire winter. For the most part we did not miss it. But now that the blizzards have subsided, it is time to get things done. We'll start going on photoshoots and other trips again soon, and there are other ways in which we will need it as well. This weekend was our first experiment with alternative options.

I needed to get to Harris Cyclery (10 miles away) to drop off a bicycle along with some extra wheels and rims, since they'll be building new wheels for the Bella Ciao Superba prototype and also replacing the headset. After considering various options, we decided to take a taxi there with all the stuff, then take the commuter train back. Ordering the taxi, we specified that there would be two people plus a bicycle. Nevertheless, they sent a small sedan and great fun was had by all as we stuffed both me and the bicycle in the back seat. Still, we managed to fit everything in and arrived at Harris without incident. The fee for the taxi was reasonable. Total time for the trip, including calling and waiting for a taxi, wrangling in the bicycle, and the drive itself: 1 hour. Had we rented a car, it probably would have taken longer than the taxi, as a result of having to first go and get the rental. Had we driven our own car, it would have taken 30 minutes. 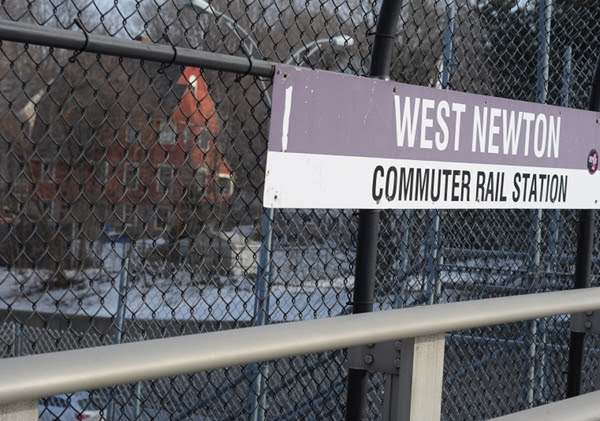 After getting done everything that we needed done, we had several hours to kill before heading back. The Saturday train schedule limited our choice for when to travel considerably: There was basically one train in the early afternoon and another late at night. So we test rode some Moultons and wandered around the three shops on the Main street, before heading for the Commuter Rail station. 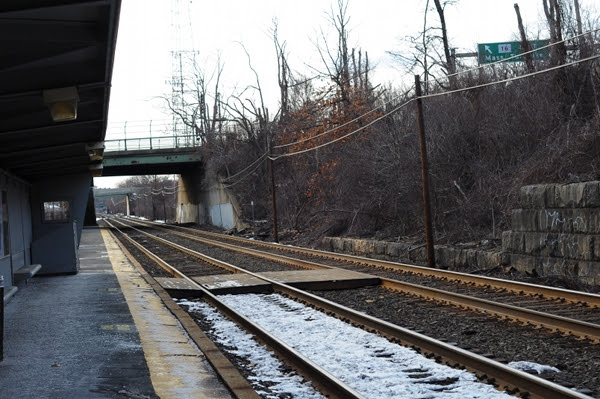 We arrived several minutes early. The station is outdoors and the train was 7 minutes late. In freezing temperatures, that wait is more difficult to endure than it sounds. The other people on the platform looked miserable as they paced back and forth to keep warm and cursed the train's (apparently habitual) lateness. 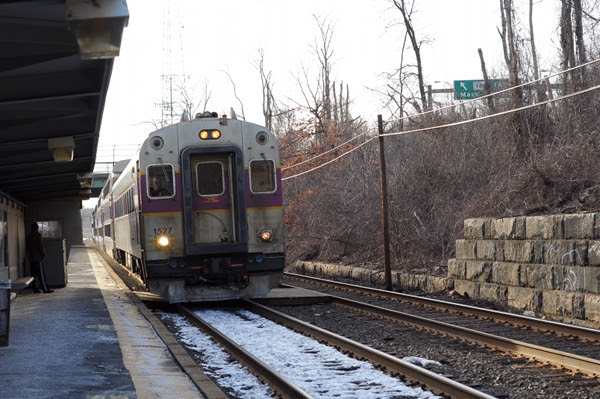 But finally it arrived, and thankfully it was warm inside. The numbness in my face began to subside as we headed toward Boston. Once in the city, we transferred to the subway, then walked home from the station.

Total time for the trip, including waiting for the commuter train, transferring onto the subway line and walking home: 1 hour 15 minutes. But if we include the time wasted because of the spotty train schedule, then the return trip was really over 3 hours. Had we driven our own car, it would have been 30 minutes. In other words, an activity that would have taken us a total of two hours had we used our private vehicle, wound up taking up half of our day - which is not exactly a success story. Next time we will give car rental or zipcar a go, but it is too bad that public transportation in the greater Boston area is not more convenient.
Labels: cars transportation options