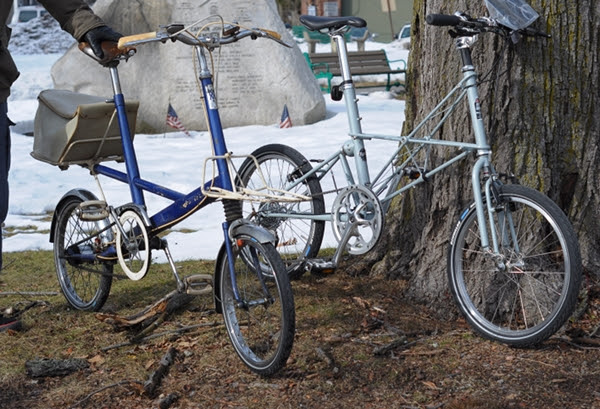 Local bike shop Harris Cyclery has begun carrying Moulton bicycles, and I had not seen one up close until now. They had a dove gray one in the window that called out to me, so I took it outside for a closer examination and test ride.  Jon Harris then brought out another Moulton - one of his personal bikes made in the 1960s, that had once belonged to Sheldon Brown. It was informative to see the two models side by side. 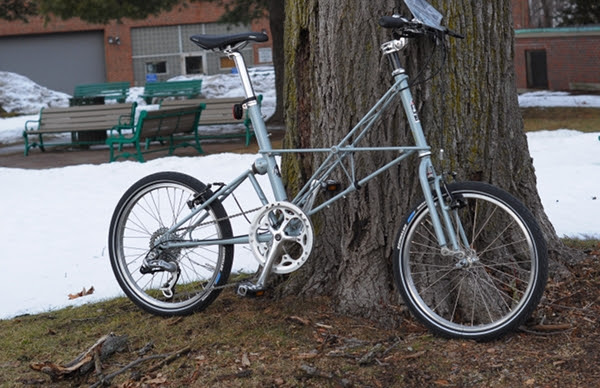 The new Moulton is the TSR 9 model, manufactured by Pashley-Moulton. 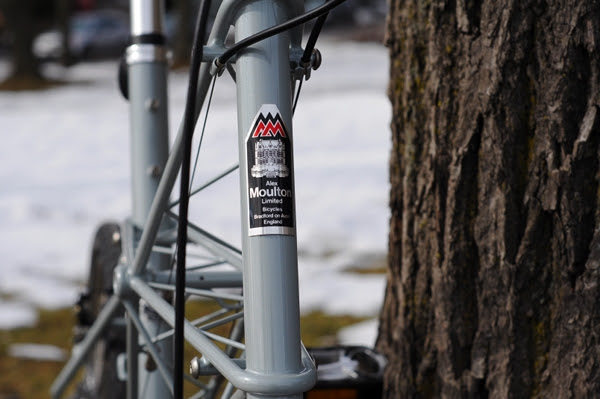 Moulton bicycles have a complicated history. Production initially began in 1962, then ceased in the 1970s and resumed in the 1990s - with some models produced under license by Pashley. 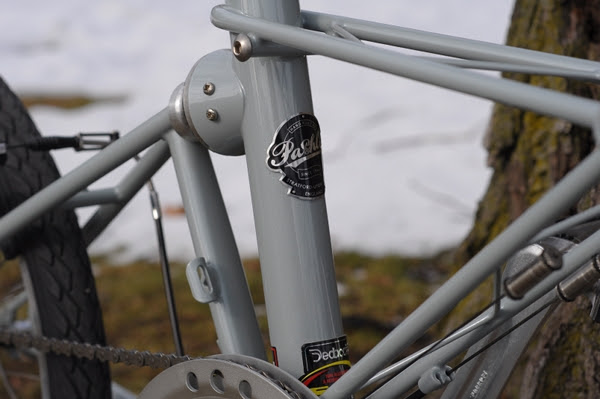 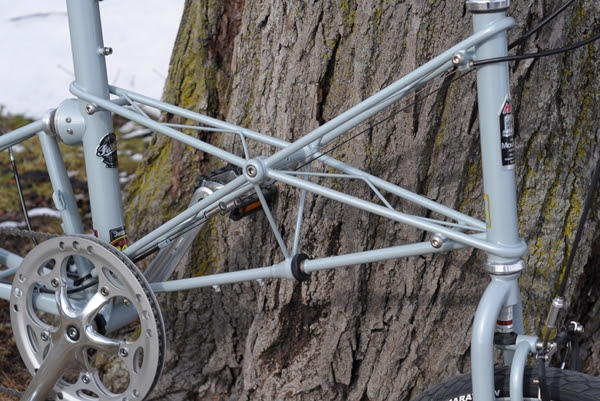 The frame design is called a space frame, and it allows for greater rigidity and lighter weight in comparison to traditional steel frames. 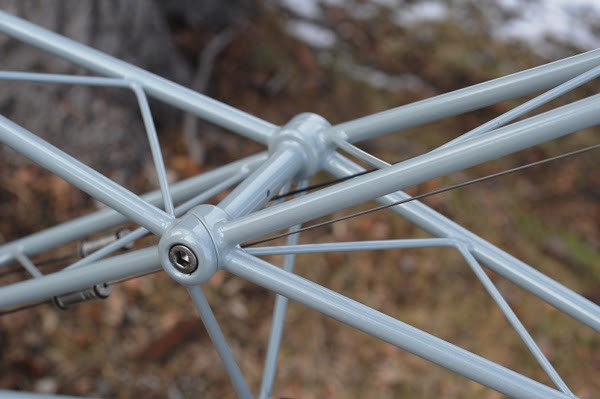 Moultons are not folding bicycles, but are "separable" and can be disassembled for travel. In addition to their unique geometry and small wheels, Moultons are distinguishable by their suspension system - which they had originally implemented decades before it would become common. 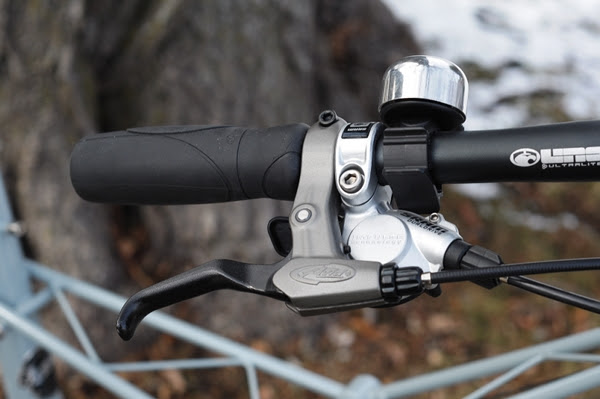 Components on the Pashley-Moulton models are modern and off-the-shelf, which keeps the price "reasonable" (this one is just over $2,000) compared to the higher-end models. 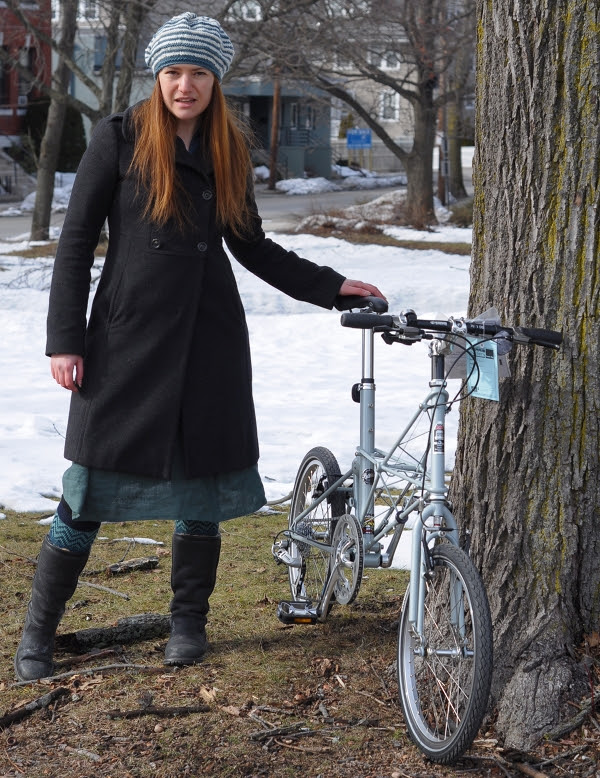 My impression of the space-frame Moulton is somewhat confused. I find it architecturally interesting and beautifully constructed. However, I do not quite understand what makes it a good bicycle. I mean, is one expected to buy it because it is unusual looking and has a cool history, or does it have unique characteristics that make it superior to other bicycles? By moderns standards, it is not a lightweight bike by any means (26 lb without pedals), which somewhat defeats the small wheel construction. And the complicated frame structure - while beautiful to look at - makes me worry that I'll get my foot stuck somewhere in there while attempting to step over it. It just doesn't seem like a very practical design to me. Also, to my eye the handlebar set-up on this model clashes with the frame, and it seems to me that some effort could have been made to keep the price down while finding more elegant components. 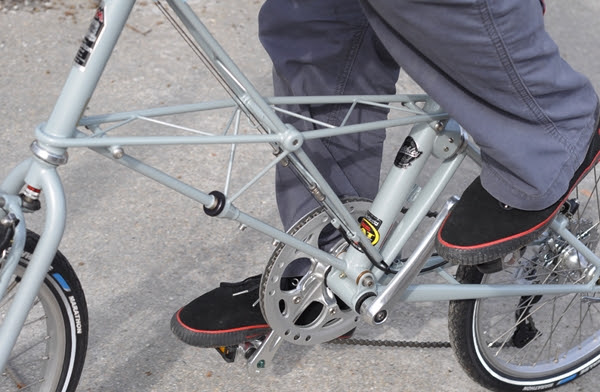 I tried to ride the bicycle, but the front suspension felt so powerful that I did not feel comfortable test riding it in the winter. The Co-Habitant rode it briefly and did not feel stable on it, which may have to do with the suspension as well - neither of us is used to it. The conditions on this day were not ideal for properly test riding bikes, so I'd like to try it again when it gets warmer. But on first impression, the Moulton space frame bike did not feel entirely welcoming. 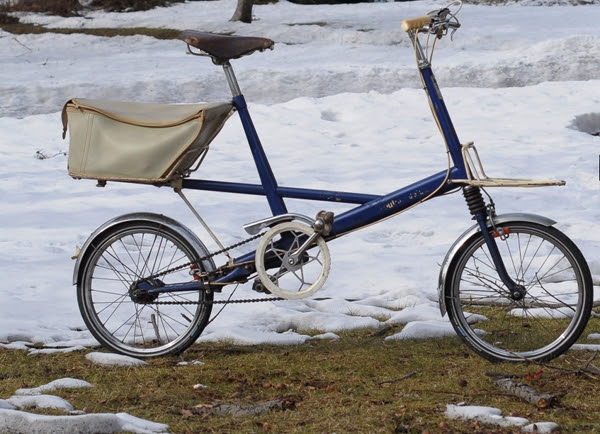 On the other hand, I was surprised by how friendly and accessible the vintage "F-frame" model felt in comparison. This is one of the original models, introduced in the early 1960s - the Major Deluxe. It came with a 4-speed hub, front and rear rack, and a large bag mounted on the rear. Here is a neat promotional video from when these bikes first came out. 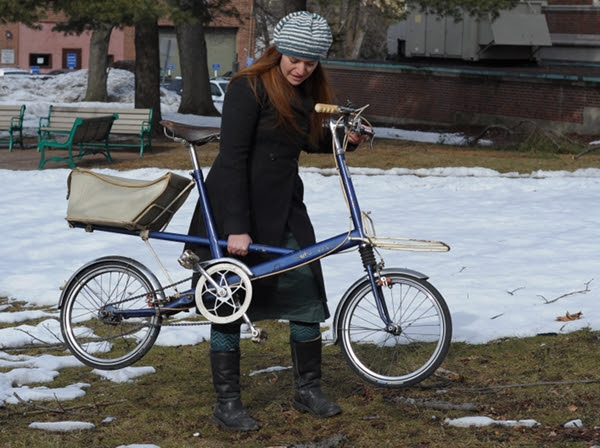 Despite being somewhat heavier than the currently produced space-frame, I found the vintage f-frame easier to lift and carry. 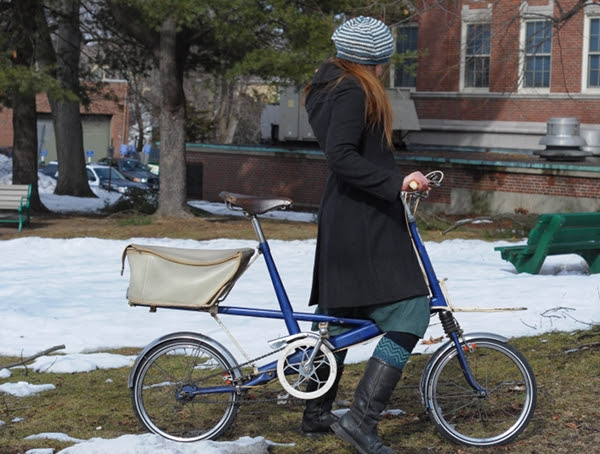 The step-over is considerably lower as well. In other ways too, the vintage Moulton just felt like a better fit for my proportions; it felt very natural. 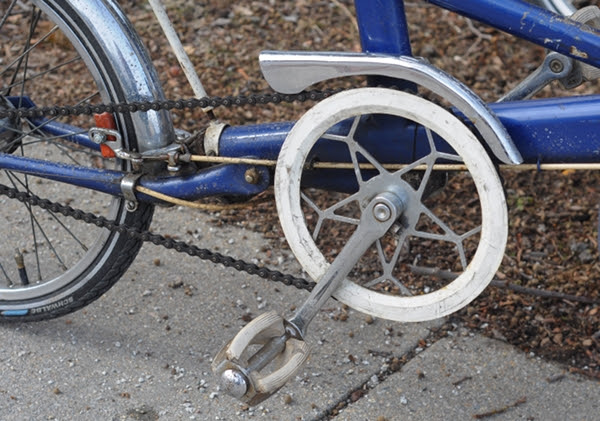 And of course the classic components are absolutely charming. 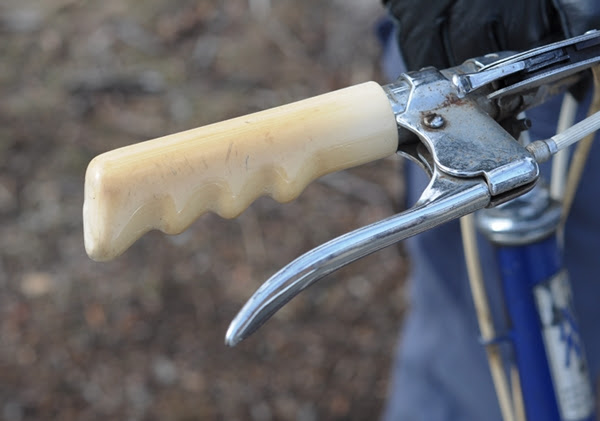 The North-roadish handlebars are more comfortable than the straight bars on the modern production bikes. 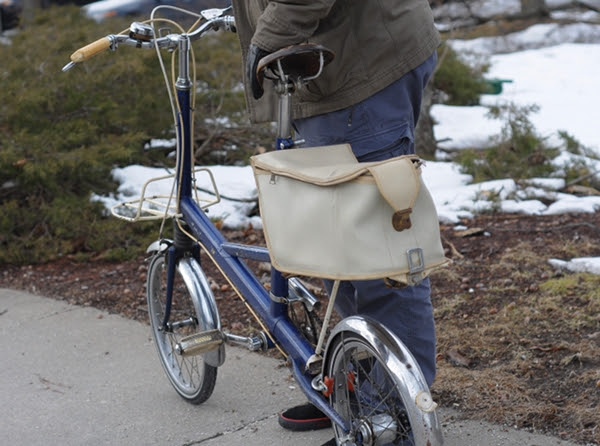 The fenders and racks are extremely useful, and the bag is huge. In essence, it is a small, practical bike - not as visually striking as the later space-frame, but more user-friendly. 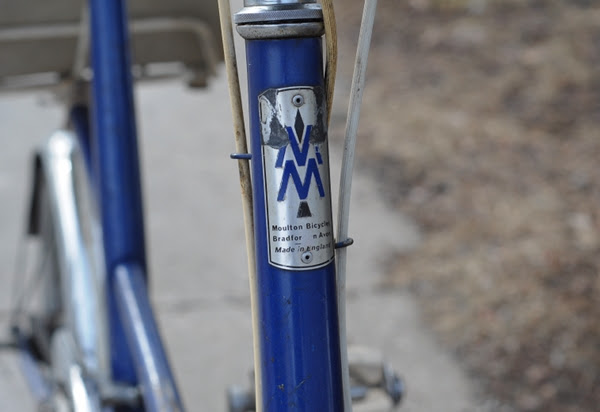 I appreciated the opportunity to have a closer look at the Moultons, and would like to properly test ride the modern production bicycle once Spring arrives. While I can see myself owning and riding the vintage F-frame model, I find the newer space-frame model intimidating and somewhat impractical, though visually compelling. Moulton owners and enthusiasts are welcome to contribute their impressions.
Labels: small wheels test rides vintage