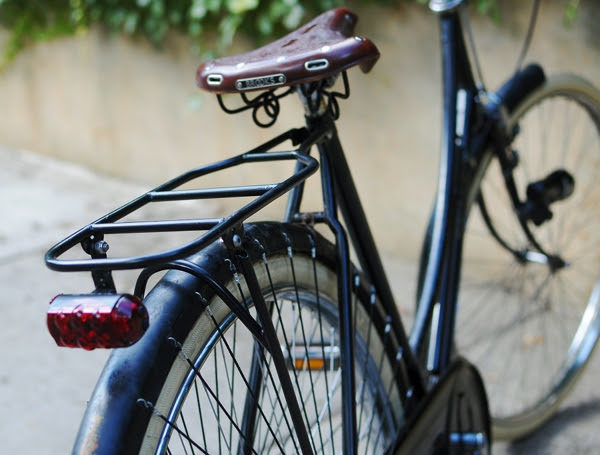 For the past month, I have been working on a rear rack prototype for the Bella Ciao "Superba" (which will look nothing like the Roadster rack above), so racks have been on my mind lately. I've been checking out the racks on practically every bike I see, and also paying attention to how I typically use mine.

Although on occasion I will carry a substantial amount of weight on the rear rack of my bike, more often than not all I carry is a single pannier or bag. Sometimes there are groceries and packages involved, and even those often fit into a single large pannier. Once in a while, I will strap an item or two to the top of the rack, but it is not an everyday occurrence. When I look around at other cyclists, at least in the Boston area, I see mostly the same: One or two panniers attached to the side of the rack, or a bag strapped to the top. If I see more than that being transported (on a regular bike, not an Extracycle or a "utility bike"), it's an anomaly.

What about you? Be honest - how much do you really carry on your bicycle's rear rack on a typical day, assuming that it is a standard city bike?

Looking at other cyclists in the Boston area, I've also noticed a gender difference in how much stuff cyclists carry - with women typically having fewer things strapped to the rear rack than men. But there could be many factors accounting for this, and I am not sure how typical this trend is overall. 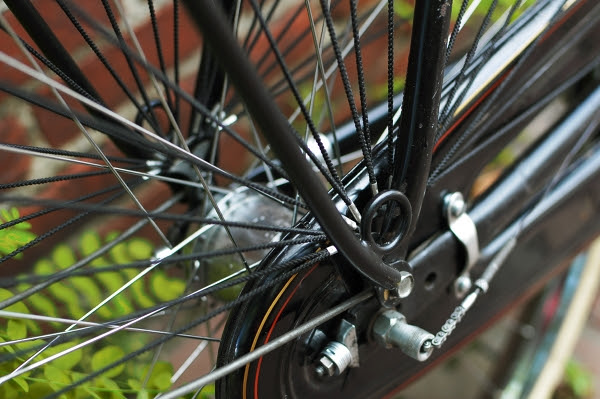 In addition to how much stuff I carry on the rear racks of my bicycles, I have also been trying to note in what ways I find them convenient versus not. For example, I often lament the lack of bungee cord attachment points on my Gazelle's rear rack. Also, not all racks are compatible with all pannier attachment system - the spacing of the slats on some racks can interfere with the spacing of the hooks. What major complaints, if any, do you have about the rear rack on your main transportation bicycle? You can select multiple items on this one:

Having discovered how to embed these polls and surveys, I admit it's fun to set them up and then look at all the results - but hopefully also useful. I will soon be receiving a sample of the "Superba" rack prototype, and from there it should be just a matter of time until we're done. These racks will fit a standard 700C wheel bike, and regardless of whether you are interested in a "Superba" bicycle, the racks may be available for sale on their own. They won't be sold by me, but I will keep you posted - and your input will certainly be valuable.
Labels: poll racks