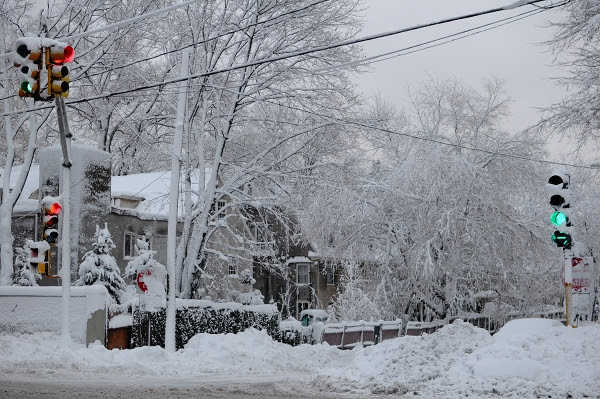 Yesterday's blizzard delivered even heavier snowfall than the first one we had, but our neighbourhood was a lot more functional and lively this time. 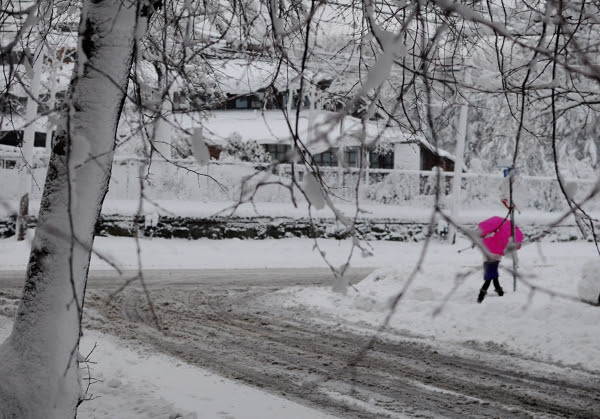 The Co-Habitant cycled to work as usual, but I set off on foot. Upon reaching the main road, I was surprised to see many other pedestrians trekking along it. There are some small grocery stores and restaurants along this street, so the trekkers must have been heading to and from these establishments. 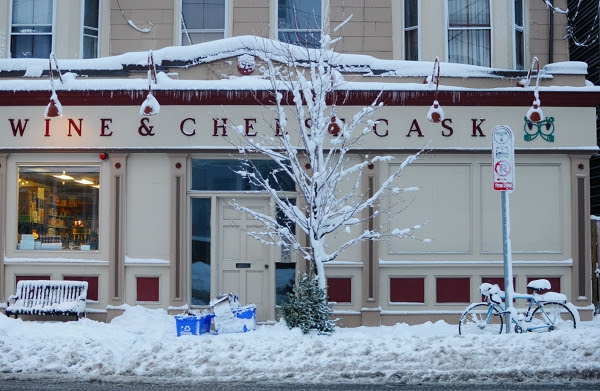 This particular place of business was especially popular! 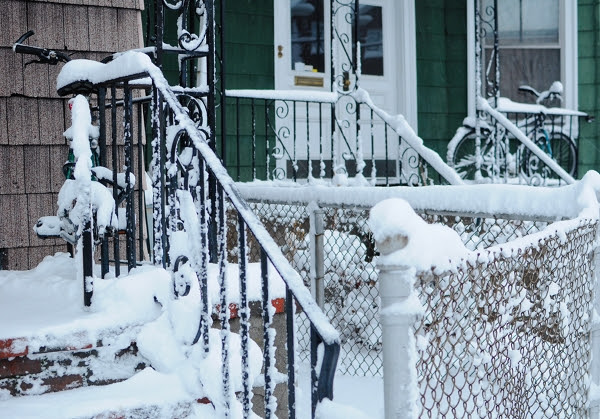 Lots of bikes buried in the snow, but I saw only two on the roads. 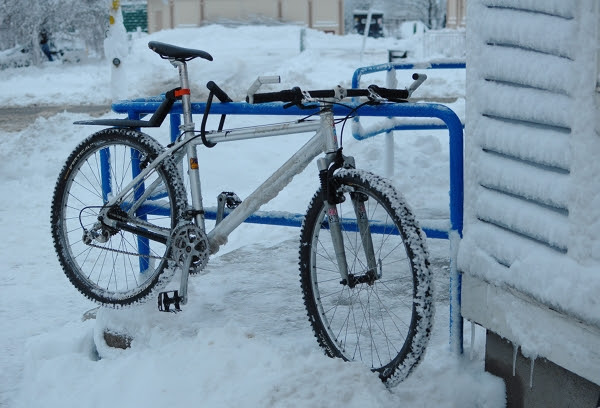 Mountain bikes are useful in these conditions - though the Co-Habitant says his Pashley handled fine as well. Apparently people photographed and videotaped him as he cycled to work. 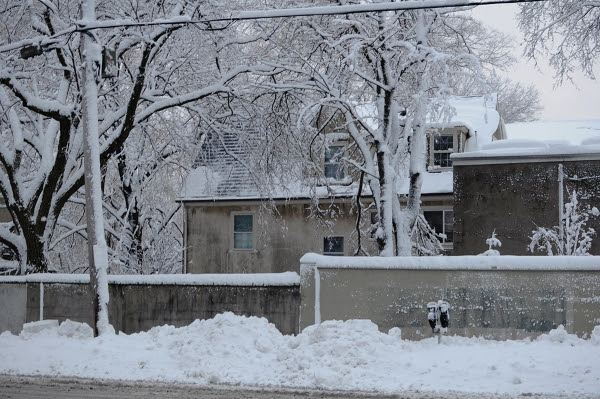 Given the conditions outdoors, I was truly impressed with the relative normality of everything. Many businesses and institutions were open, people were out and about, and fewer things were cancelled than last time. In the morning, the electricity went out on our street for a few minutes, but then came right back on. And the lock on the outside door was frozen when I came home, so I had to work on it for a while before I could fit the key in. But other than that, we had no blizzard-related disturbances. 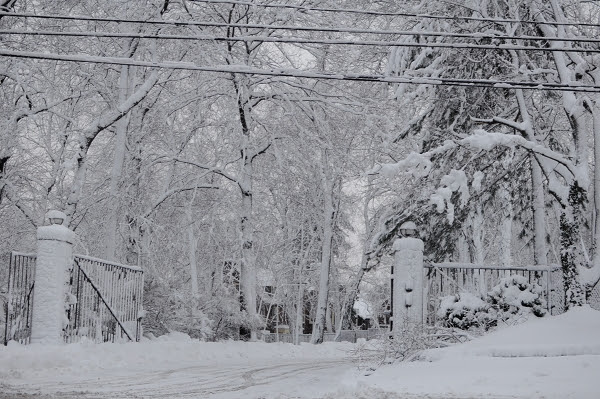 It is fascinating to me, that after only a few weeks of heavy snowfall my neighbourhood has already adapted to the new circumstances and normalised them - human beings are resilient! The atmosphere felt relaxed and not at all apocalyptic; it was a functional blizzard. And if this sort of thing continues, I will have to reconsider snow tires: Even the plowed parts of the roads were covered with at least a thin layer of snow. Turning the bike lanes into ski lanes would also work for me, but somehow I don't see that happening quite yet.
Labels: winter cycling