A Visit with Geekhouse Bikes 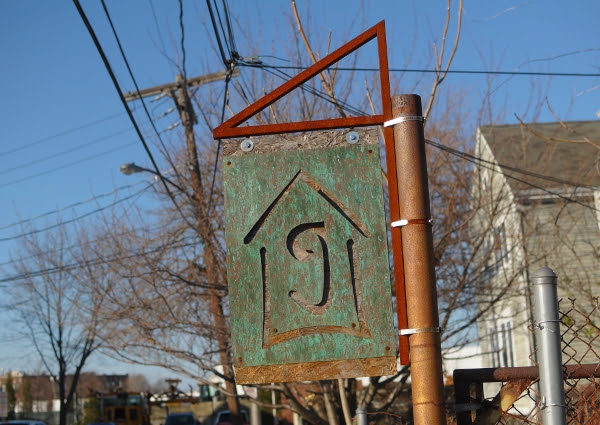 Today I had the pleasure of visiting Geekhouse Bikes in Allston, Mass. A region of greater Boston that's just across the river from Cambridge, Allston is notorious for how dangerous it is to cycle there and I was fully prepared for a journey fraught with peril. Instead, I found myself pedaling along a bike lane followed by a series of quiet streets - at the end of which was Geekhouse, nestled picturesquely between a white picket fence and a rusty chainlink fence,  amidst rows of family homes with tidy back yards offset by a sinister-looking warehouse in the distance. 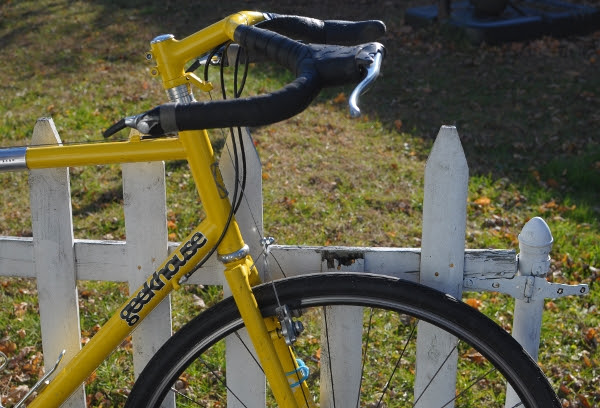 When I saw this out front, there was no doubt that I had come to the right place. 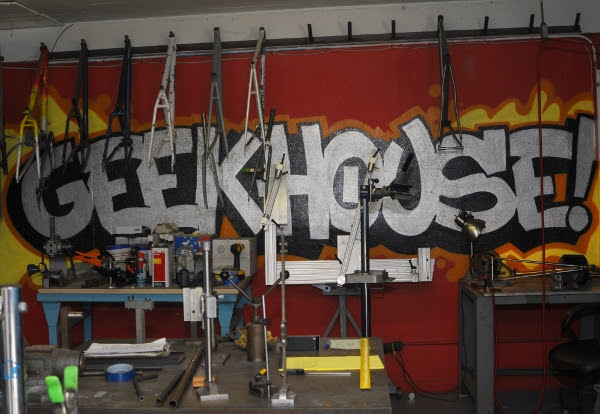 Geekhouse is a small shop that has been producing their distinct custom bikes since 2002. 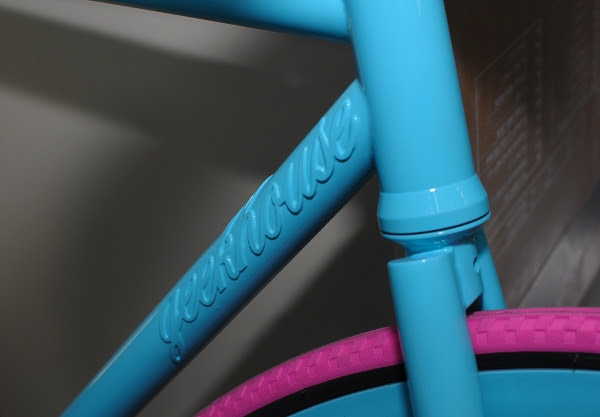 TIG-welded steel, clean lines, and candy-coloured powdercoat, make their handiwork easy to spot on the streets of Boston and beyond. The powdercoat is done in-house by the Geekhouse subsidiary, Sugarcoat. 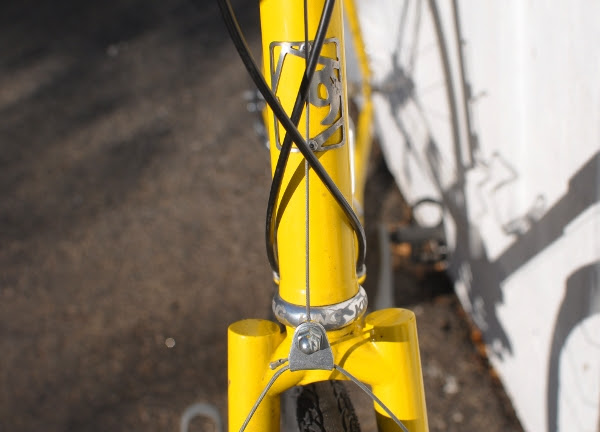 While I generally prefer lugged steel construction, there is something about the "New England bad boy" look of the segmented fork on a neatly TIG-welded frame that makes me feel all funny inside. Now imagine a workshop chalk full of these forks, in candy colours... I did my best to keep calm. 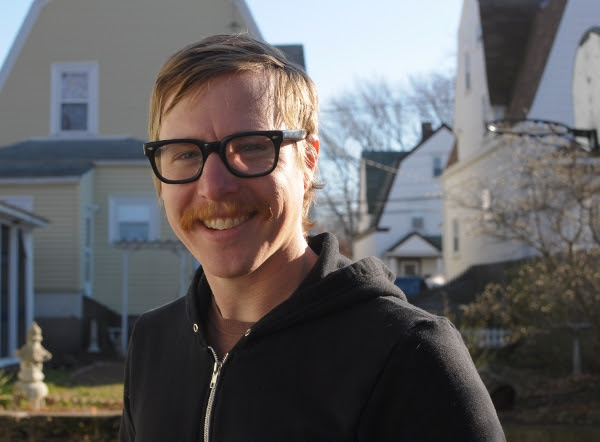 The main man behind Geekhouse is Marty Walsh, who learned TIG-welding while apprenticing for Mike Flanigan of ANT and began making his own frames shortly thereafter. His work embraced the influence of ANT and the Fat Chance legacy, while developing a trademark aesthetic unmistakably his own. 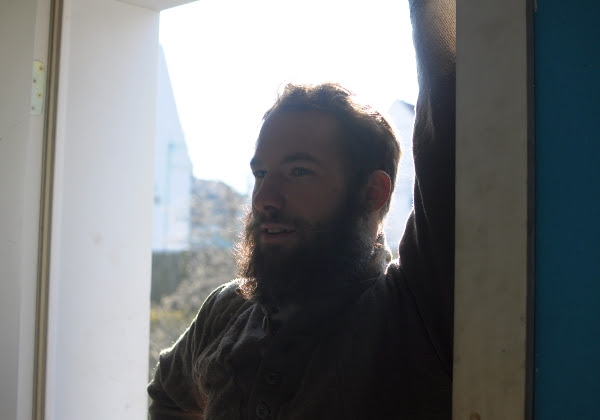 As Geekhouse grew, Marty was joined by Brad in the framebuilding department 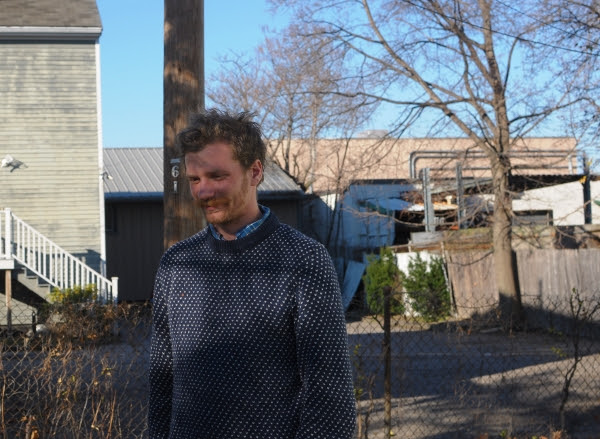 and by Gregory in the running-of-the-business department. 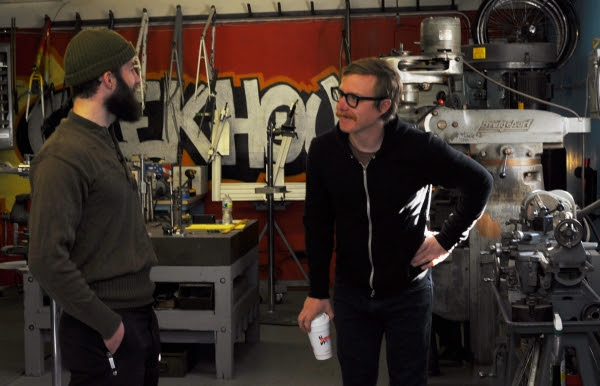 The sense of comradery between the three boys is endearing, and entertaining to watch. 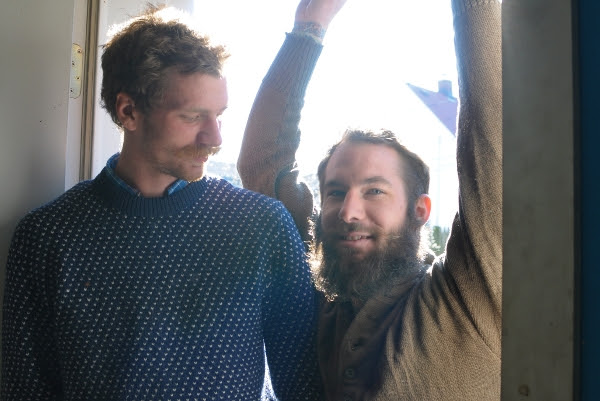 They clearly have a good time working together, which makes for a comfortable and lighthearted atmosphere in the shop. 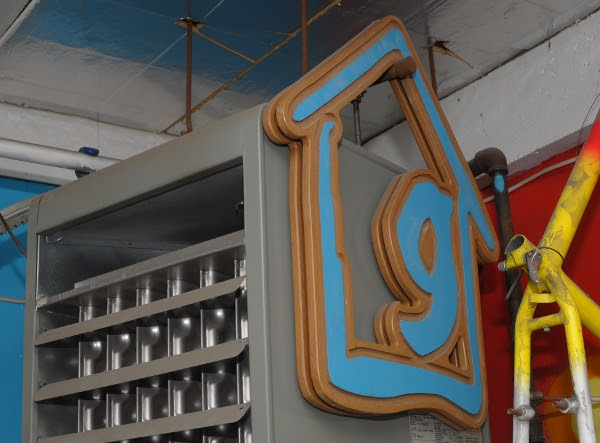 But getting back to bicycles - One development I find exciting, is that Geekhouse has recently made a number of beautiful custom frames for women, reflecting the increasing number of female cyclists who are opting for handmade bikes. Unfortunately none of these frames were at the shop during my visit, but here is a glimpse as photographed by others: 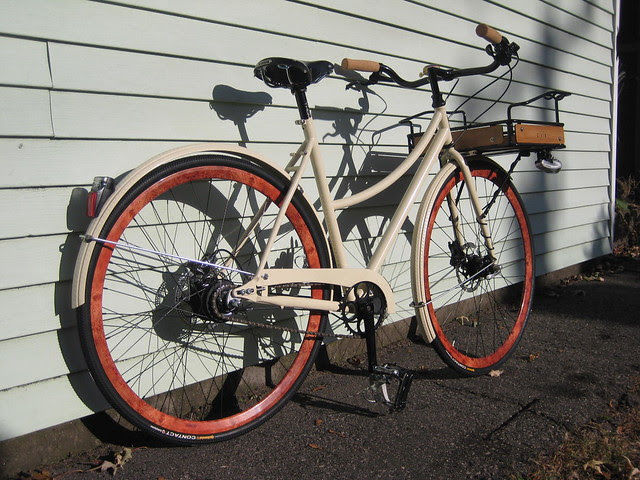 [image via Geekhousebikes]
This "Woodville" model is a contemporary take on the loop frame. And notice the "wooden" rims. 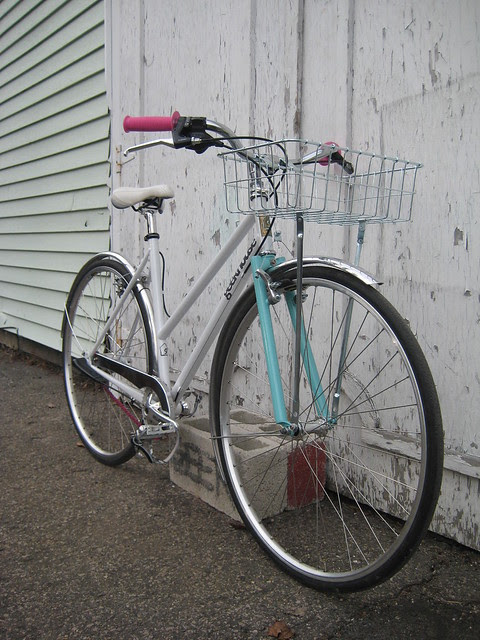 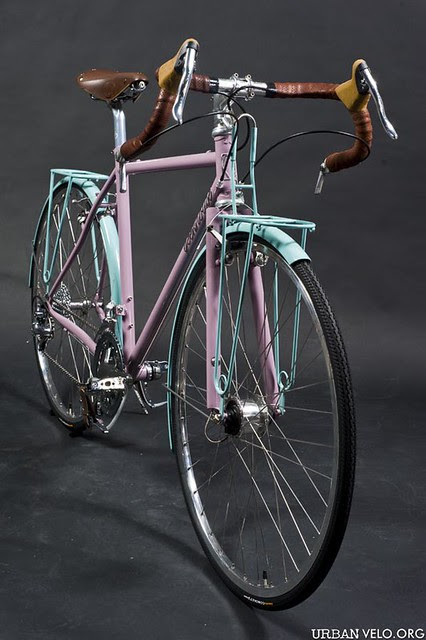 [image by urbanvelo via Geekhousebikes]
But of course, a "woman's bike" does not have to be a step-through, especially when it comes to road and touring bikes. The bicycle above (shown at NAHBS and mentioned here earlier) was made for Bianca, who rode it cross-country for Autism, from Boston to San Francisco. 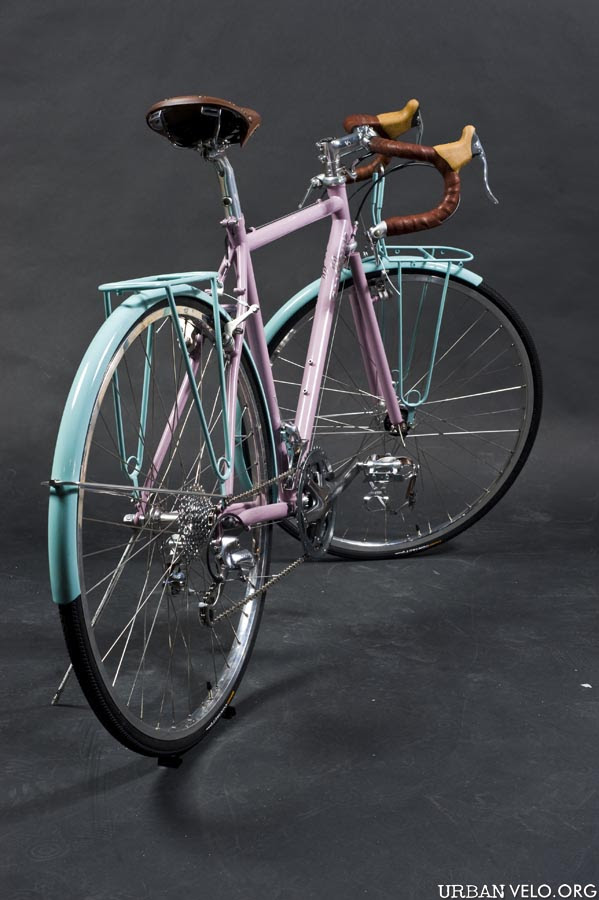 [image by urbanvelo via Geekhousebikes]
To me this bicycle is just stunning; definitely my favourite Geekhouse bike. And if the owner rode it from Boston to San Francisco, I take it that it has got to be comfortable. 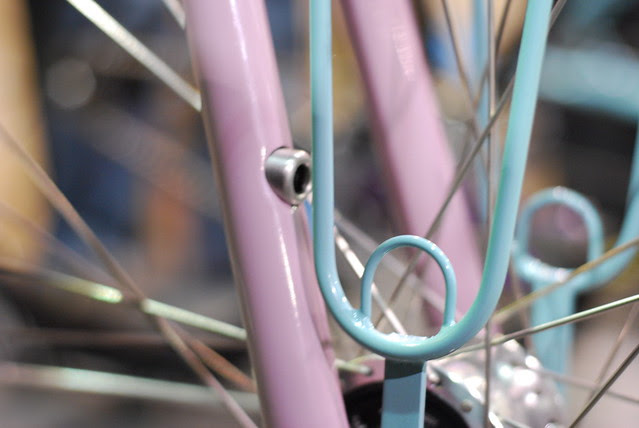 [image via Geekhousebikes]
What I think makes this a remarkable bicycle, is the combination of all the practical, functional elements - the built-in mounts, the racks, the lights, the sturdy geometry - and the hyper femininity of the colourscheme. The lilac and pale turquoise are unexpectedly gorgeous together. They make the bicycle look very light, almost ethereal. I would not have thought this design up myself, but I love it - and I think it works on a TIG-welded frame better than it would on a lugged one, as combining lugs with such vivid colours would have been overkill. This is also why I think the bright colourschemes of the lugless Brompton work so well, and why I love the TIG-welded truss frame by ANT: Sometimes, just sometimes the clean joints afforded by the lack of lugwork are more fitting to the overall personality of a bicycle. 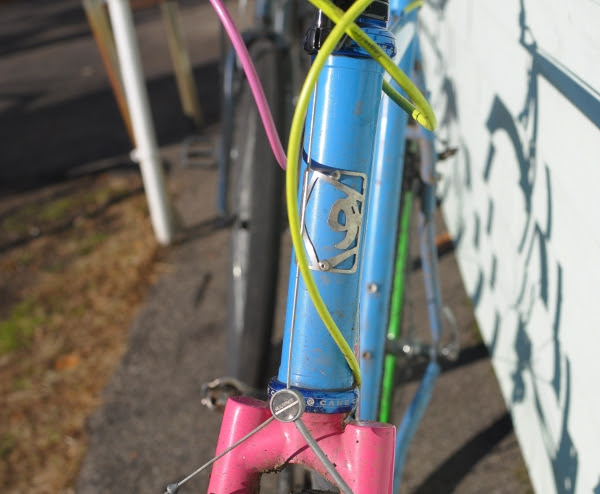 The personality of Geekhouse bikes is certainly distinct, and I look forward to a possible test ride... hopefully something with a delicious segmented fork!
Labels: framebuilding Geekhouse handmade shop visits