The Vintage Bike Shop: a Visit to 'Old Roads' in Cambridge, MA 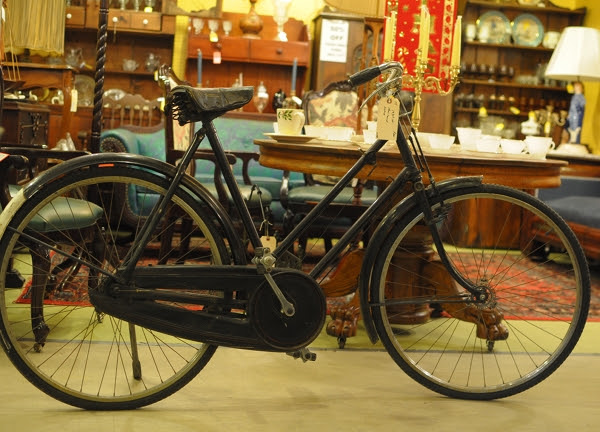 Used and vintage bicycle shops can be great resources on a number of levels. For the beginner cyclist, they can provide clean, tuned-up alternatives to the treacherous waters of Craigslist and ebay. For the DIY tinkerer, they can be a source for older parts and accessories. And for the seasoned collector, they can, on occasion, offer up a gem of a bicycle that one would not normally come across elsewhere. A vintage bike shop is certainly worth a visit, if one exists in your area. In Boston, we are lucky to have Old Roads - located in the Cambridge Antiques Market, just a 15 minute bike ride from my home. 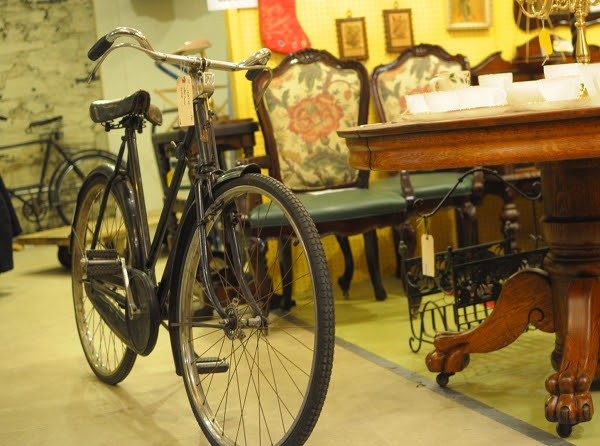 Presuming that most of the bicycles offered are found locally, vintage bike shops are in a sense like museums of history: They give you an idea of what kind of bikes were popular in your area over decades past. It amazes me that no matter how many of these bikes are sold (and I've personally played matchmaker in several deals), Boston does not seem to run out of its stock of early full-chaincase Raleighs. Just imagine how many of these things must have been on the streets in the '30s-70s. The model above is an original early 1930s version. 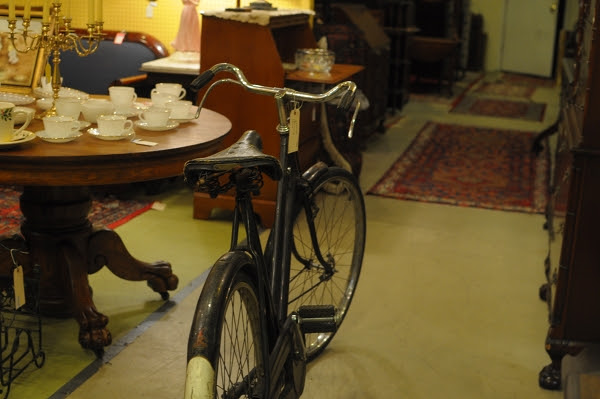 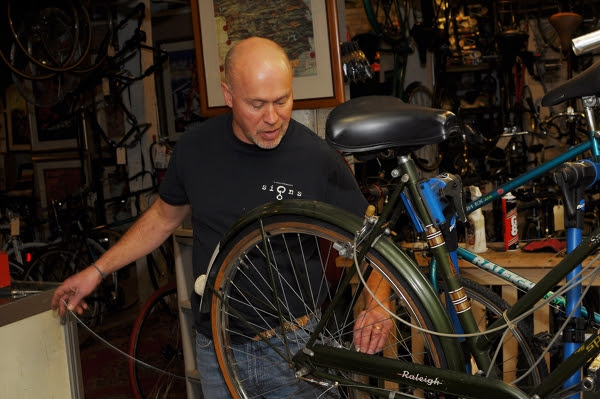 Situated in the dungeon-like basement of the Antiques Market (formerly a coffin factory!), "Old Roads" is really a joint project between two shops: Menotomy Vintage Bicycles, owned by Vinny, 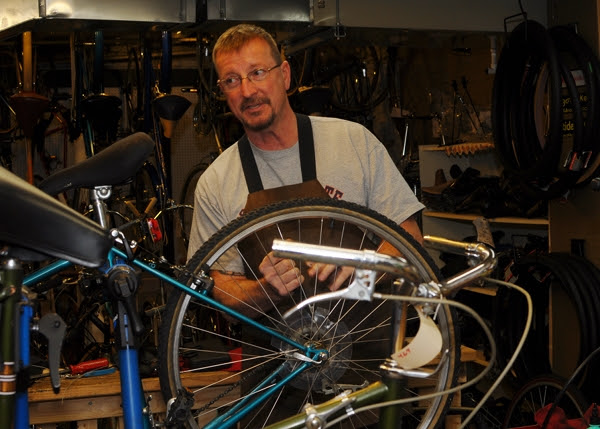 and Cambridge Used Bicycles, owned by Ed. They began selling bikes out of this space in 2008, and have since become a staple of the vintage bicycle scene in the Boston area. 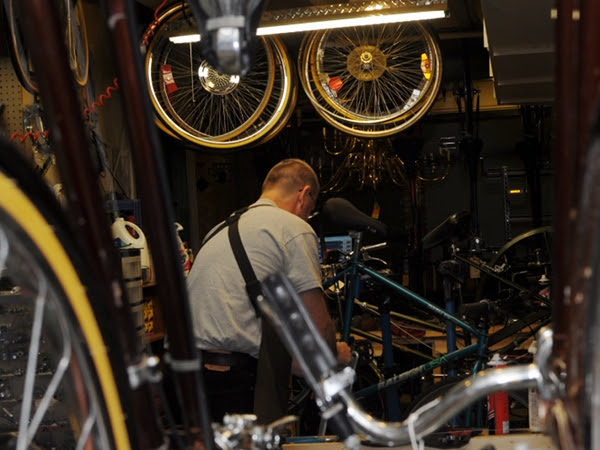 The full extend of their inventory is impossible to capture, due to the sprawling, cavernous nature of the space - which makes being there in person all the more exciting. There are rows and rows of vintage bicycles - on the floor, on the walls, on the ceiling, everywhere you look really. 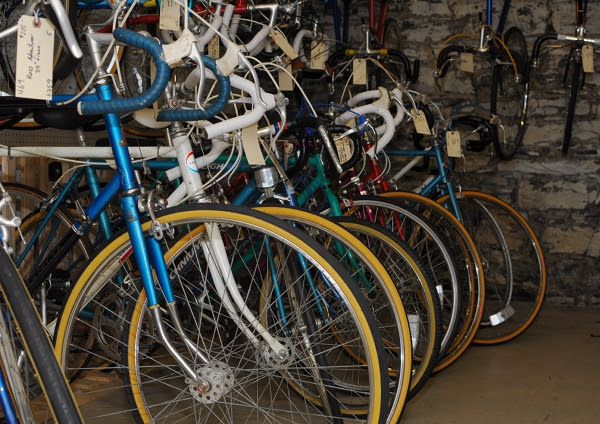 Though initially, the focus of the shop was meant to be on antique bicycles, it soon became apparent that the local population was mostly interested in reliable 3-speeds and 10-speeds from the 1960s through the early 1980s, to be used as transportation. And so, increasingly, the inventory began to accommodate this. Now the shop offers a stagerring variety of bicycles, in one of five categories: vintage 3-speeds, vintage roadbikes, early vintage cruisers, antique bikes (pre-WWII), and some used newer bikes from the 1990s onward - including a couple of hand-painted "fixies". 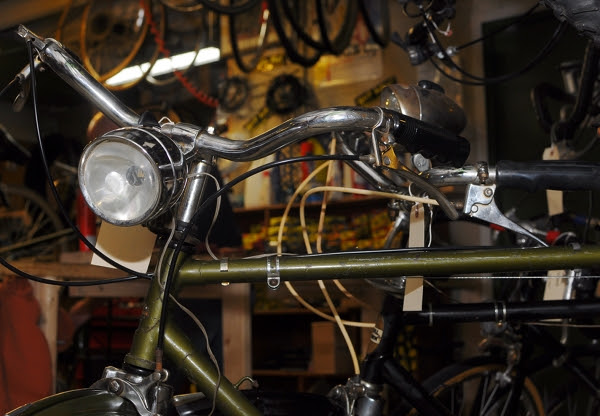 For me, the 3-speeds are the biggest attraction. There are dozens of them, both men's and ladies'. Though Raleigh and Schwinn are the names you will see most frequently, more unusual offerings are often found as well. 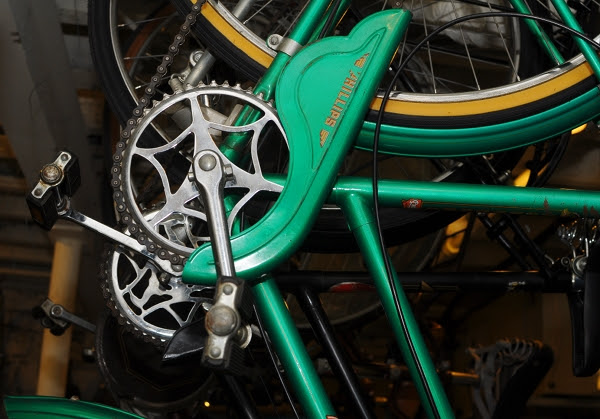 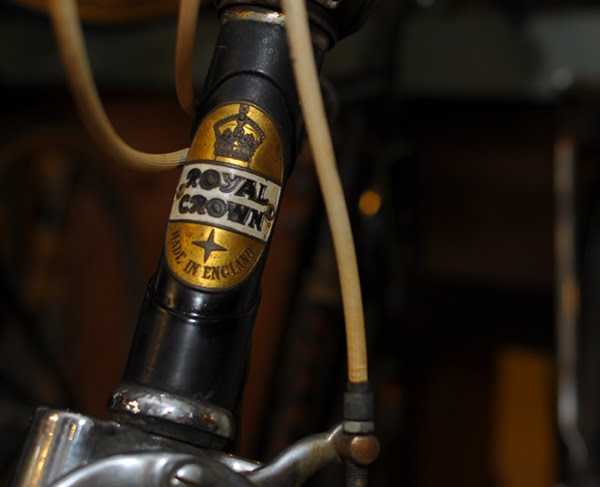 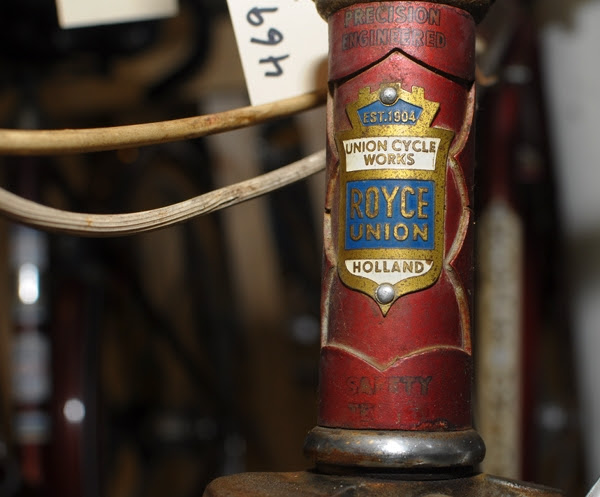 Royce Union, Holland. And there are many others. With chaincases and without, English and Dutch, step through and diamond frame, some even with the original dynamo lighting. 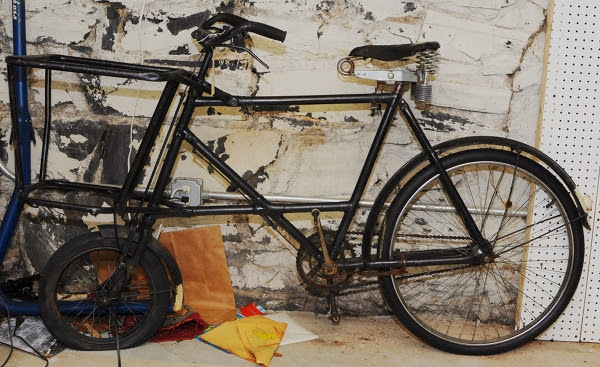 And of course the antique offerings never fail to impress. The above is a Butcher's bike, most likely from the 1920s. 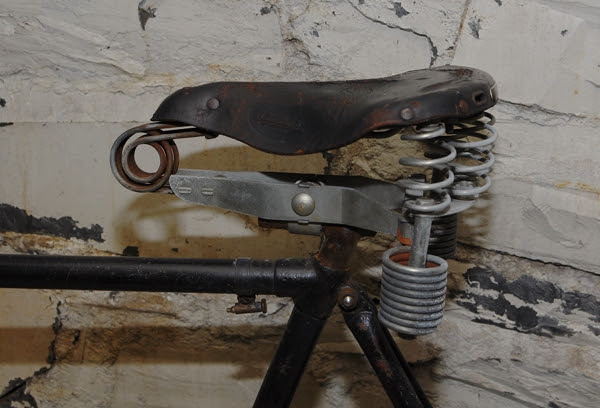 I am guessing this butcher was a heavy guy! 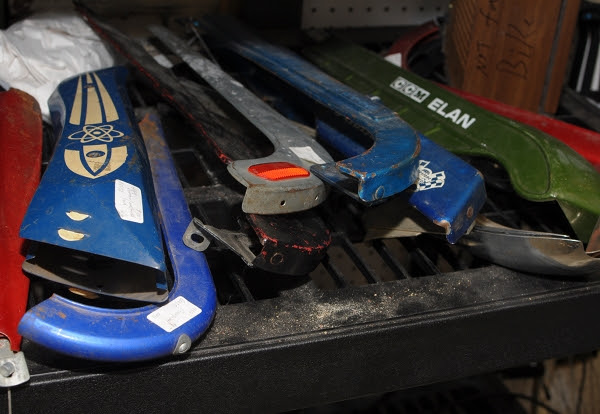 There is also a slew of accessories in stock, including chainguards, handlebars, saddles, tires and racks. 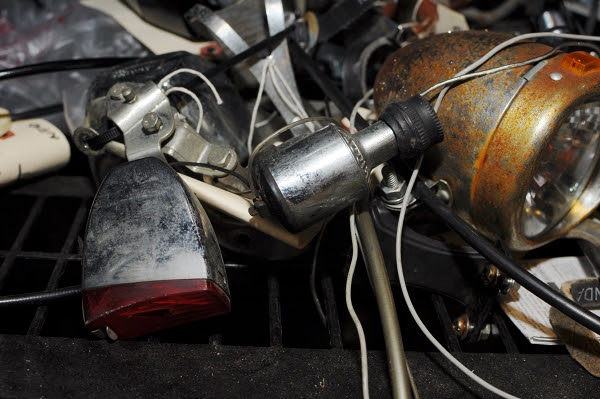 Even vintage bottle generators are available, for those who find the modern ones too high tech. 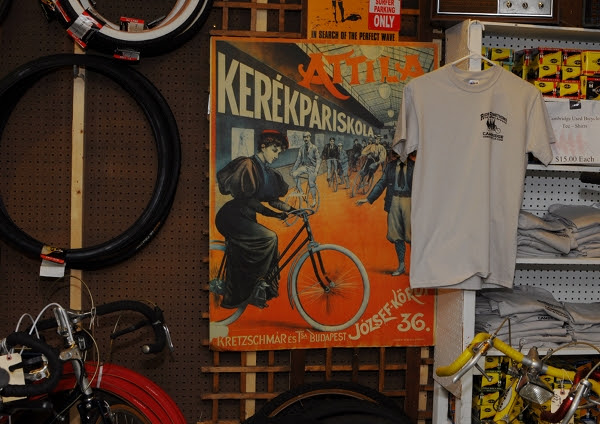 Ephemera and t-shirts, too. 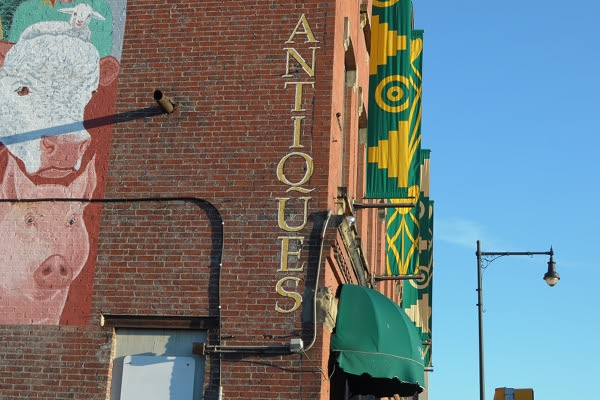 In addition to its physical presence, Old Roads offers a number of online resources for the Boston area and beyond. They host a message board where visitors can discuss a multitude of topics pertaining to vintage bikes, as well as post for sale/ wanted ads free of charge. They offer a price guide for used and vintage bicycles. And they sell some interesting hard to find parts online. While in the summer, bicycles are sold only locally, during the winter they can be shipped outside the Boston area as well. For those looking for a vintage English 3-speed in clean condition, this can be a good option if your area has a shortage.
Like proprietors of used bookstores, vintage bike shop owners tend to be genuine enthusiasts - which means that the customer can benefit a lot more from interacting with them, than from interacting with someone who just wants to sell their old bike. Interesting stories, helpful advice, and local bicycle lore are just some of these benefits. Out of curiosity: Are there used or vintage bike shops in your area, and do you find them useful?
Labels: Boston local bike shops restoration vintage