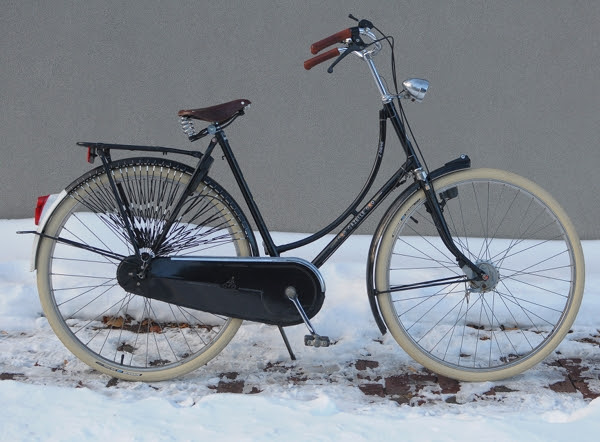 My Gazelle "Linda" has now been updated for the winter, with new tires and woven dress guards. She is a beautiful sight to behold against the snowy landscape! 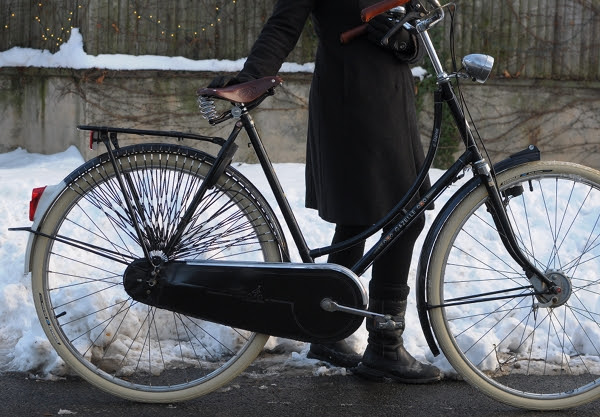 The tire replacement was something that had to be done anyhow, as the original ones were cracked and I did not want them to fail in the winter. And of course, I was only too happy to replace them with my favourite cream Schwalbe Delta Cruisers. As for the woven dress guards, there was no reason for them what so ever, other than aesthetic caprice. I thought that Linda looked somewhat generic with the solid black vinyl dress guards, and I wanted to personalise her. We purchased the woven dress guards from Mike Flanigan of ANT and installed them by drilling holes directly into the fenders. I have close-up pictures of the installation and will write a detailed tutorial in a separate post, for those interested. 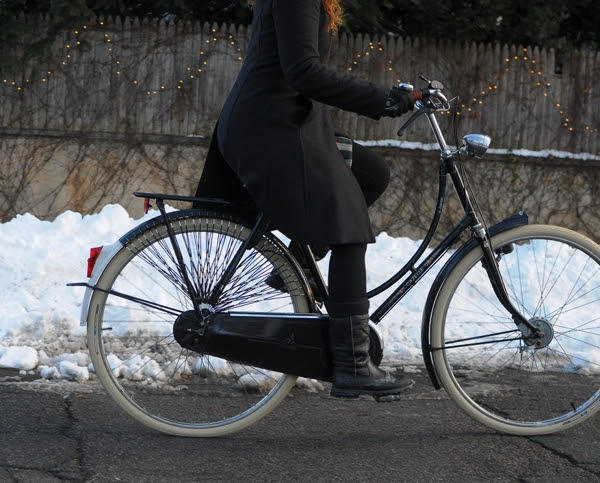 Riding the Gazelle with the new tires, I immediately noticed that she became a bit faster and quicker to accelerate. This echoes my experience with Delta Cruisers on other bikes - which is one reason I love these tires so much. They are the best combination of city/ sporty/ cushy/ all-weather I have found so far. And okay, it does not hurt that they are available in cream! 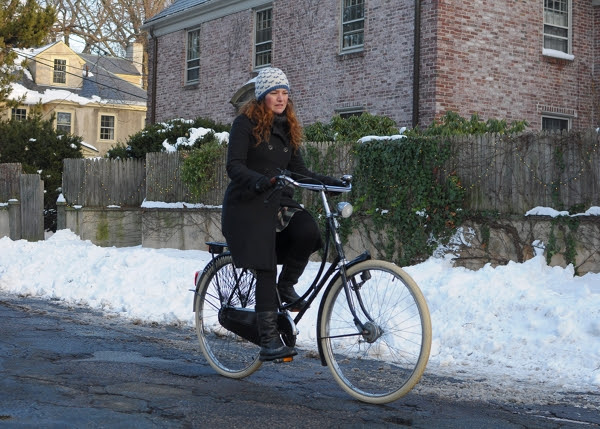 It was interesting to cycle on the Gazelle after such a heavy snowfall, and to compare her handling to the Bella Ciao - which I rode immediately after the previous snowfall. Somewhat to my surprise, they handle similarly at slow speeds (under 10mph)- which is the speed I stick to under winter road conditions. The Bella Ciao's superior responsiveness and the Gazelle's superior cushiness are considerably less noticeable when cycling gingerly over slush and ice patches. Their common qualities, however, are all the more noticeable: Namely, how well-balanced and stable they both are. The Pashley I rode last year had these same qualities as well - so I think that all three are great winter bicycles. 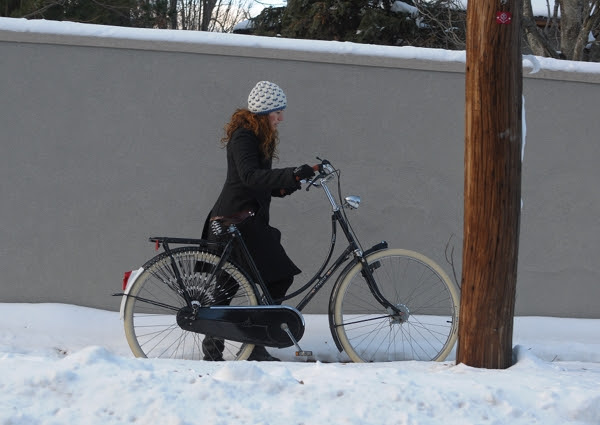 The Gazelle does have a bit of an edge when cycling over large formations of hardened snow, due to its wider tires. On the other hand, the Bella Ciao has a considerable "winter cyclocross" advantage: It is easier to drag, lift and carry when road conditions necessitate getting off the bike and moving it over heaps of snow or patches of ice. Overall, I am honestly not sure which I prefer, and I see the two bikes as representing different ends of my winter comfort zone spectrum. The Gazelle has a rack and lights, so by default I ride it more. But once I install these on the Bella Ciao, that may change. For those who have tried different upright transportation bicycles in the winter (i.e., Pashley vs Workcycles vs Retrovelo vs Rivendell vs ANT vs Abici, etc.), I would love to know what you think of the handling. 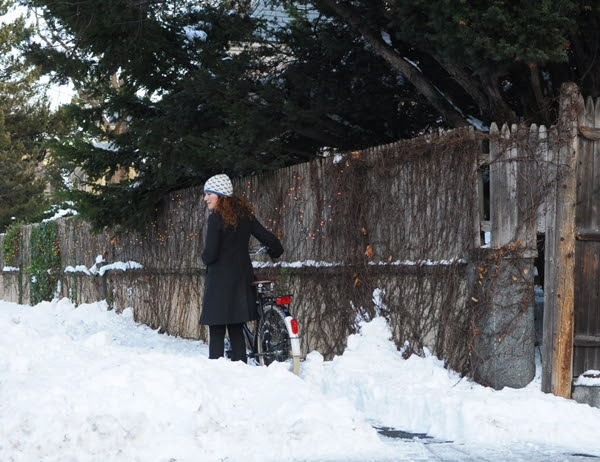 After the first two snow storms of the season, I can already tell that I will have an easier time cycling this winter than I did last year. Nothing has really changed in a drastic way, but maybe my balancing skills have gradually improved and my lungs have grown accustomed to cycling in freezing temperatures. And as far as aesthetics go, I really do think that it helps to have a bicycle that you are excited about as a winter bike, rather than a "beater". This helped me last year and it's helping me now. The winter landscape is so beautiful, that cycling through it on a bicycle I love (and feel safe on) makes it all the more special.
Labels: dress guards Gazelle loop frame winter cycling