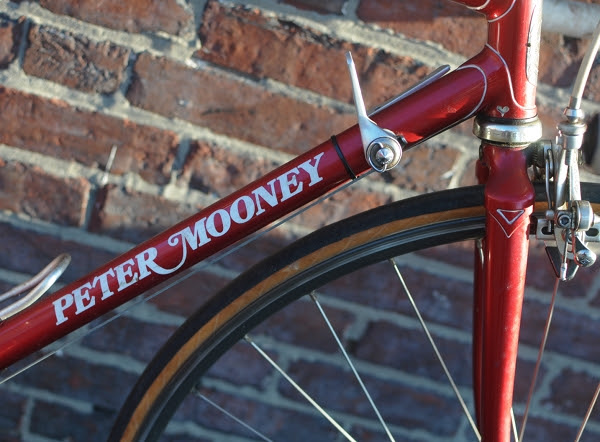 As a (somewhat) reasonable person, I recognise that sometimes a deal is just not for me, no matter how good it is. But I can still feel disappointed, can't I?  Peter Mooney is a famed local framebuilder who has been making custom bicycles since the 1970s, including his own lugwork. I love his frames and very much hope to have one of my own some day. And for a brief, dazzling moment, it seemed that such a day might come much, much sooner than I expected. 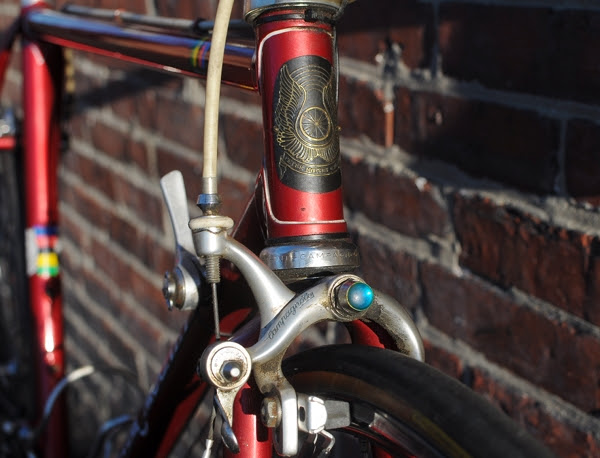 As usual, these things have a way of finding me when I am not looking, and in this case the "thing" was a second hand Peter Mooney bicycle. As soon as I learned of the bike's existence and availability, I was ready to bargain and prepared to sell or trade my other vintage roadbikes in order to get it. Going by the description, it seemed that the frame was my size - so it was only a matter of seeing it in person and test riding it. 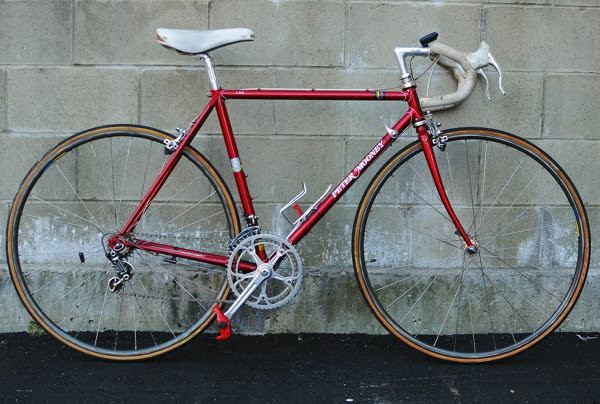 But the stars were not aligned in my favour. Although the bicycle does not look all that small in the pictures (compare it to my Moser), it felt very small once I tried to ride it. The size is 50cm (center of the bottom bracket to toptube), which is only 2cm smaller than the size I normally ride - so maybe there was something additional in the proportions that didn't feel right to me. Not sure what it could be, because the top tube actually seems long-ish, and the stem is long as well. Does anything unusual jump out at you, looking at this frame? 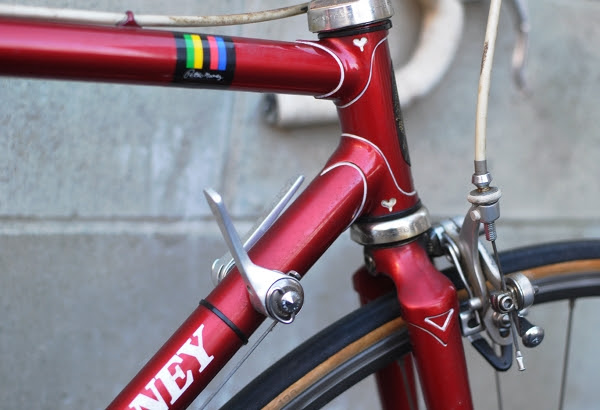 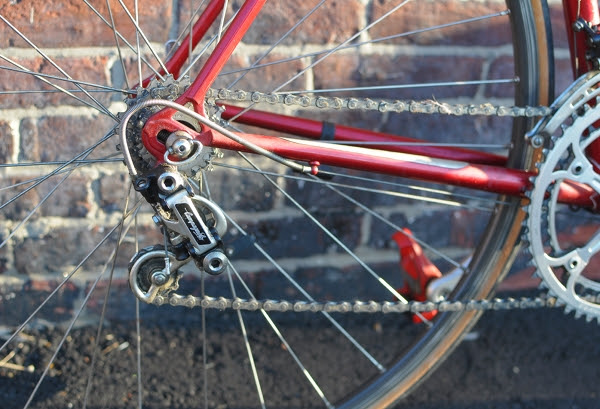 The bicycle certainly has nice components - Campagnolo everything. And though it was clearly ridden, it looks to have been well maintained. 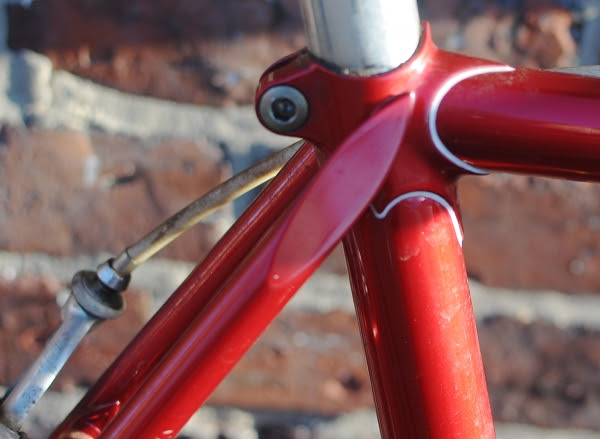 The elegant seat cluster with the white outlining is my favourite part of the lugwork. I hope the original owner appreciated it as well. 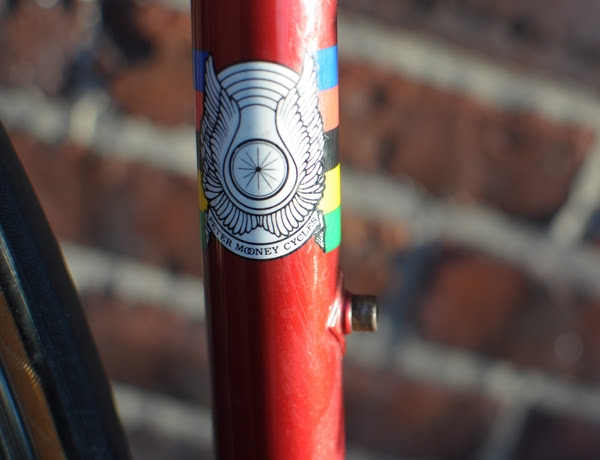 Who knows, maybe some years from now I will have a Peter Mooney bicycle of my own - in my size, in my favourite colour, and maybe even with custom lugwork (let's just say that I already have sketches for the lugwork!). But with this particular bike, I am glad that I was able to resist. It's a bad idea to get a bicycle that doesn't fit you, no matter how good of a deal it is. 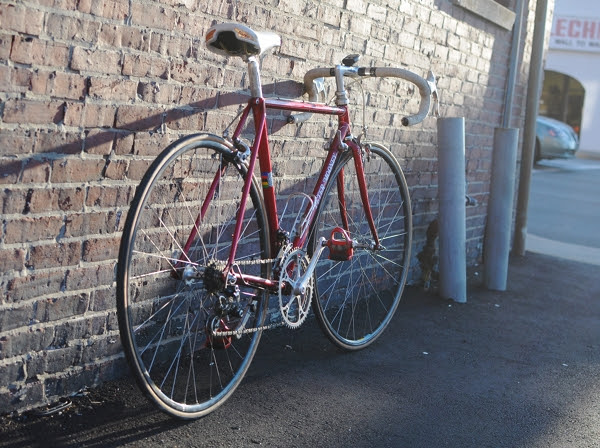 If you are between 5'3" and 5'6" and are interested in this bicycle - it is in the custody of Vin at Old Roads, whose contact information you can find here. For the right person, it is a rare chance to own a bicycle by one of the great framebuilders. But what are your thoughts on getting a custom bike second-hand? I imagine that the more unique the original owner's anatomy, the more difficult it would be to find a new home. I wonder how many custom bikes get second chances, and what are the circumstances under which they switch owners.
Labels: diamond frame framebuilding