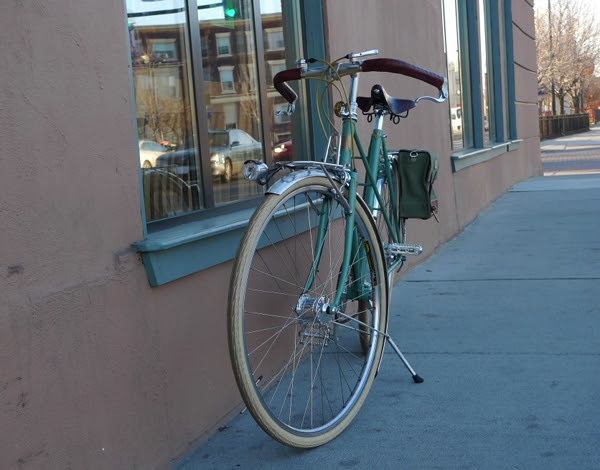 Alternating between the Royal H mixte and the Gazelle for transportation over the past few months, I've realised something funny: I have a minimum weight preference when it comes to commuter bikes. For fast cycling on hilly terrain, I love the feel of a light bike. But when riding for transportation in the city, the mixte is pretty much where I draw the line for how light I'd want my bicycle to be. Does that make me a reverse "weight weenie"? 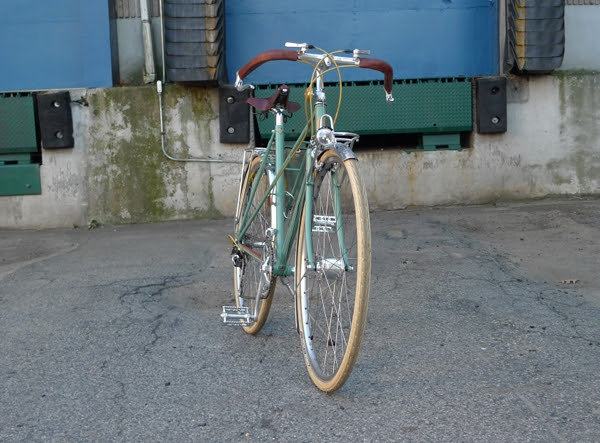 What I like about commuting on heavier bikes, is that they tend to feel extremely sturdy in traffic. They also seem to have a more solid, commanding presence - useful when mixing it up with cars.  I have found that drivers give me more room when I am riding something big and heavy-looking, possibly because they are more worried about damage to their car, should they accidentally clip me. Alternatively, it could be that on a massive bike - combined with an upright posture - I might seem like a more "legitimate" commuter to drivers.  Whatever the reasons, I do tend to feel more comfortable and confident on a heavier bike in traffic than on a lighter one.

For me, the most important aspects of ride quality in a city bike are stability, comfort over pot holes and bumps, and the ability to accelerate and slow down while maintaining full control. And heavier bicycles tend to do better in those areas. I am not saying "the heavier the better." But I think it is important to recognise that some of the merits of traditional city bicycles cannot be separated from their traditional heftiness. 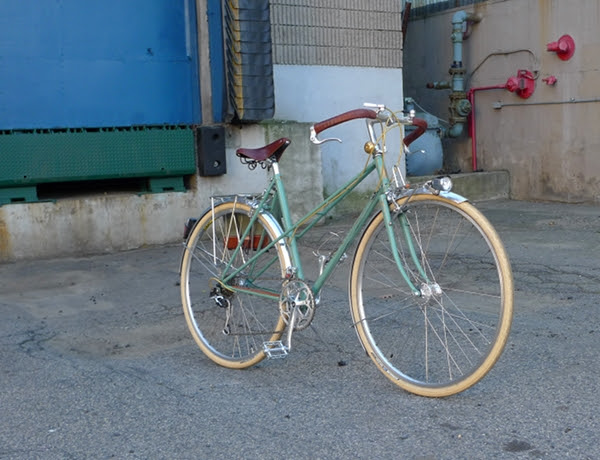 The nice thing about my mixte, is that it can go from being laden with bags for commuting, to being light and ready for a fast ride, in a matter of seconds. And, unlike most other light bikes I've ridden, this one is comfortable over bumps - a major plus. For those reasons, I have been riding the mixte for transportation more than I thought I would (the bike was originally intended for long country rides). But she is definitely my lower limit for how light of a bike I enjoy riding in traffic.
Labels: Constance mixte Royal H urban cycling