Memories of an Italian Christmas 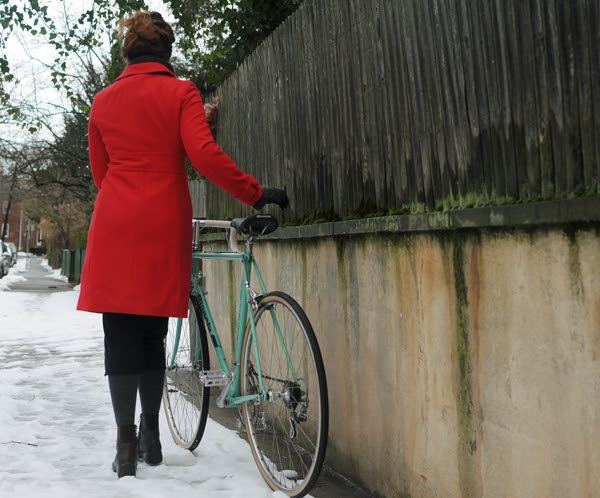 In the winter of 1989-1990, my family and I lived in Rome. It was an unstable and nomadic time. My sister and I - then aged 5 and 10 - were home schooled and spent most of our free time in the nearby park. We picked up a bit of Italian from the local children and were able to play with them. But mostly we observed.

It's funny the things we notice as children. I remember being stunned by the presence of snow and palm trees in the same landscape. I remember being upset about how ugly the road around the Coliseum was. I remember a man pushing a fruit cart outside our window every morning, singing "Arance! Mandarance!" And I remember the sight of several glamorously dressed women sitting on a park bench with their infants, breastfeeding while smoking cigarettes with a synchronised rhythmic energy. I have since been to Italy a number of times as an adult, but these childhood impressions of Rome remain prominent.

And then, of course, there was Christmas - Natale! The lavish holiday decorations, the lights, the musicians on the streets and the general festive atmosphere, served as an antidote to the stress of being in a foreign country. We were living in a small apartment, in a building full of other apartments - and between mid-December and the first week of January, there was a constant stream of gifts (mostly cakes, fruit baskets, and beautifully packaged bottles of alcohol) left outside of our door by our neighbours. These were accompanied by "Buon Natale!" notes, but no names or apartment numbers. We did not know whom to thank, or for whom to leave return gifts. When my parents asked our landlord about it, she assured them that this was normal: "They know that you are foreign and don't want you to be lonely." We were impressed and cheered by this thoughtful gesture that seemed to be such a matter of course for our neighbours. Most importantly, we felt wanted in the country, despite being strangers to it.

And I think ever since that childhood Christmas in Rome, that has been my association with Italy: feeling welcome and comfortable, despite not really belonging there. (Kind of like I feel on my Italian racing bikes, come to think of it.)  I always remember Italy around Christmastime, and this year even more so - as I ride my sleek Italian beauties through the wintry landscape.

I have noticed that I tend to be most interested in bicycles whose country of origin holds significance for me. Their history is more relevant that way; they evoke warm memories. Happy holidays to everyone and happy winter cycling.
Labels: holidays Italian bicycles stories travel winter cycling