Get in the Bunker, It's Snowing Out! Our Relationship with 'The Elements' 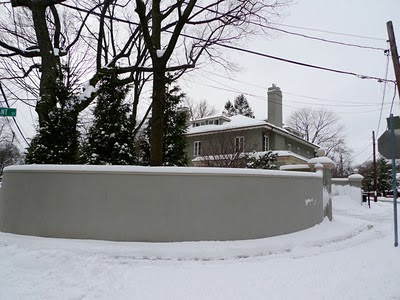 The blizzard that has swept over the East Coast in the past couple of days has left everyone stunned. After Boston received over a foot of snow within a 24-hour period and another half a foot the next day, life came to a halt. The street plows were quickly overwhelmed, a snow emergency was declared, public transportation ceased, and drivers were asked to stay off the roads. What had been a perfectly functional city only a day earlier quickly turned into a desolate snow-covered landscape. Our Cambridge/Somerville neighbourhood in particular resembled a Siberian village by Sunday evening, with only the rooftops and the tips of pine trees peaking out under a thick blanket of white, as the darkened sky continued to dump more powder onto the abandoned streets. Our family phoned to ask how we were coping. Did we have enough food and was our heating working? I had to giggle at the imagery of being trapped in our home, eating canned food next to a space heater. After all, I had just returned from a mile-long trek to the grocery store, somehow managing not to perish in the process. I sympathise deeply with those whose travel plans were derailed because of the storm, and even more so with those who are stuck in airports. But I am surprised by the mass panic and the "hide in the bunker" sentiment of those who are merely staying at home in the city. We are not being bombed. The snow is not radioactive or poisonous (well, at least not significantly so). We can conquer it by... walking! and by wearing really warm clothing!
It seems to me that at least part of the problem, is that "dressing for the weather" has become a novel concept for so many people after years of driving. Despite living in a cold climate, a number of my friends simply do not own warm clothing. A thick wool coat and proper winter boots are not necessary for getting in and out of the car and walking across a parking lot, so why spend money on them? It makes sense, given an automobile-reliant lifestyle. But as soon as the car is unavailable or non-functional, you are trapped - and that is a horrible feeling for those who like to be independent. 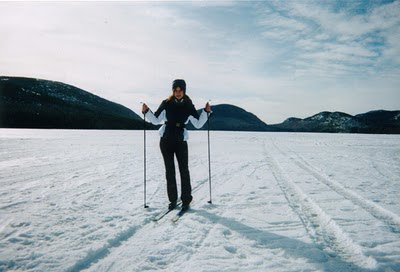 I do not subscribe to the "you're not made of sugar and won't melt " line of thought: We can get sick if we go out in bad weather dressed inappropriately. But dressing appropriately is not difficult, and can vastly improve our relationship with nature. Remember the fun of "snow days"? A walk to the grocery store during a blizzard can be just as nice. There are parts of the world where this weather is normal and not a "snow emergency" at all. I have lived in such areas and found my winters to be more enjoyably spent there. But in Southern New England, the winter months are treated as something one just needs to tolerate until they are over - which, to me at least, is rather sad. While I miss cycling on the days the roads are impassable, I don't want to contribute to that mentality. I love snow, and I love the magic of winter. And I did see a mountain biker on my way to the grocery store! The streets were abandoned except for me, him, and the occasional snowplow. We waved to each other across the vast expanse of white and silver, each encouraged by the other's presence.