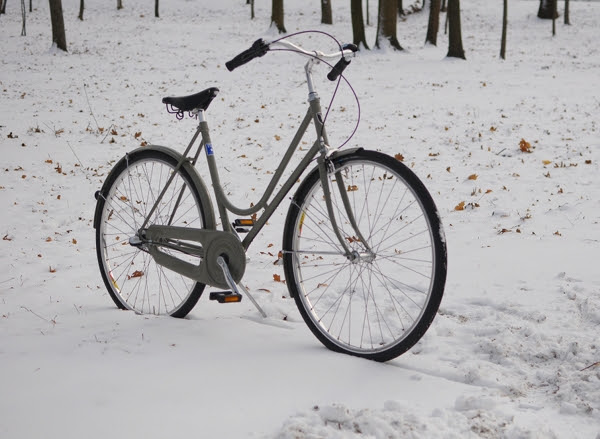 I have been looking forward to testing my Bella Ciao ("Patricia") in winter conditions, and with the arrival of the season's first snow I finally got my chance. Before I go on, I will preface with the disclaimer / mini-announcement that I have begun collaborating with Bella Ciao on a special edition bicycle, which will be sold by Harris Cyclery in Spring 2011. I will have more details about that soon, but just wanted to make that affiliation known in the meantime. 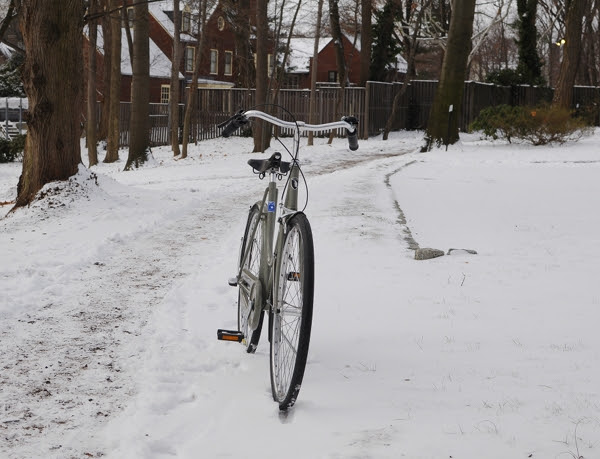 Though I love the way my Bella Ciao "Corvo Citta" model handles, I don't ride it as often as I'd like, because I haven't yet installed a rack and lights. Now that winter has begun in earnest, that will be my next project - I just wanted to first make sure that I'd actually be able to ride this bicycle comfortably in snowy conditions. At just over 30lb, the Bella Ciao is considerably lighter than the likes of Gazelle and Pashley, and - justifiably or not - I am weary of lighter bikes when it comes to cycling in poor weather. To my relief, I had nothing to worry about and Patricia handled just fine after the first snowfall: She remained stable on slush, on slush mixed with salt, and on thin layers of packed snow. 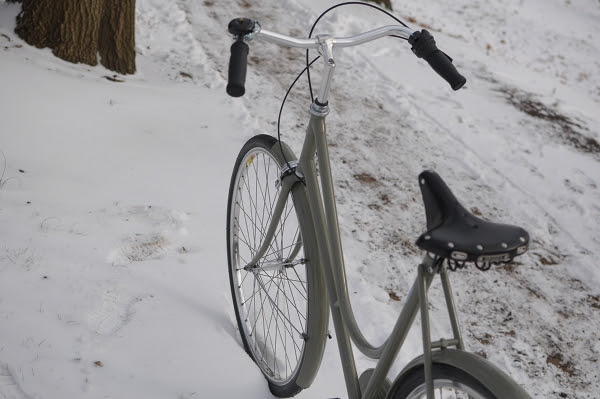 As with other bikes I have ridden in such conditions, I switched to a lower gear and went slower than usual. The bicycle remained sturdy and cooperative. When braking in slush, I used the coaster brake only, which I find easier to modulate on slippery surfaces. The bike also did well cycling on the slippery stretch of brickwork that was part of my route. As far as safety goes, I feel comfortable using the Bella Ciao as a winter commuter in Boston and will get on with the lights/ rack installation so that I can use it more this winter. 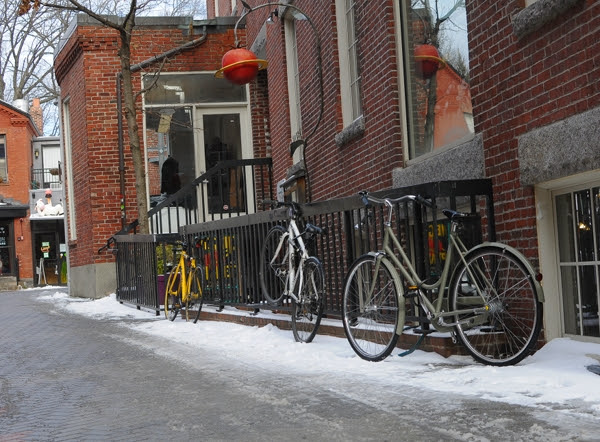 While the brave Patricia performed admirably, my first snow commute of the season was not entirely stress-free. Driver behaviour was chaotic and there were few cyclists out on the roads. Several times, I got spooked by a car's ambiguous maneuvers and ended up cycling through a mess of wet snow by the curb. Based on last winter's experience, I know that things will get better once drivers get into their "winter mode". Meanwhile, perhaps there is a reason why most cyclists seem to have chosen to wait it out! 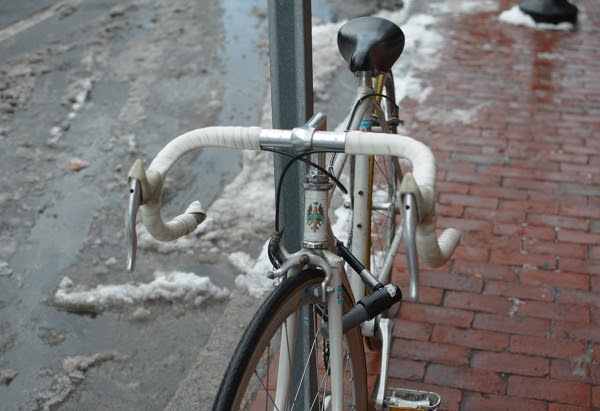 What I found fascinating about the Boston "bike scene" last winter and also noticed yesterday, is that often the only bikes on the streets seem to be those that are least suited for winter cycling - for instance, aggressive roadbikes with narrow tires and no fenders. Where are the fully equipped city bikes? Where are the rugged vintage 3-speeds? 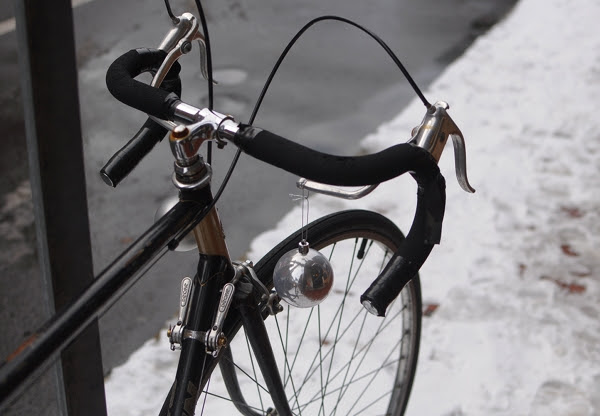 It could be, that the aggressive roadcyclists are the ones most likely to brave these conditions, while, ironically, having the worst possible bikes for doing so. That's too bad, because winter is the time when features like fenders, stable handling, wide tires, internal gearing, and an upright sitting position, really make themselves felt. Last winter, I was extremely appreciative of the Pashley I used to own, and this winter it looks like I will do equally well on the Gazelle and Bella Ciao. 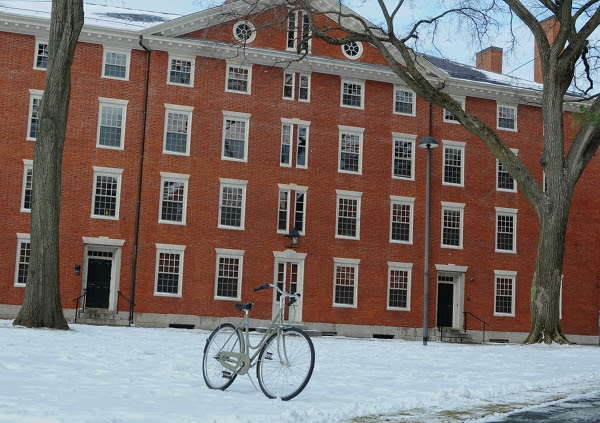 Though Patricia and I did not have many companions on our first snowy commute of the season, we hope that the winter wonderland will coax more cyclists outside soon. Once the drivers calm down, it is really not so bad: Just take it easy, dress warmly, ride a sturdy and properly equipped bicycle, and enjoy the beautiful landscape!
Labels: Bella Ciao Boston urban cycling winter cycling