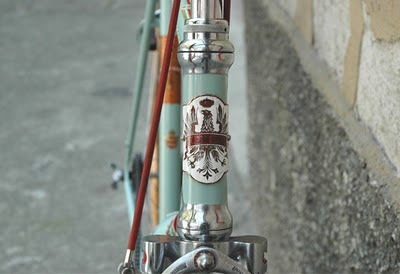 Depending on who you speak to, it is either the most over-rated vintage bicycle in existence, or the Holy Grail: The classic Bianchi in the legendary "celeste" green. 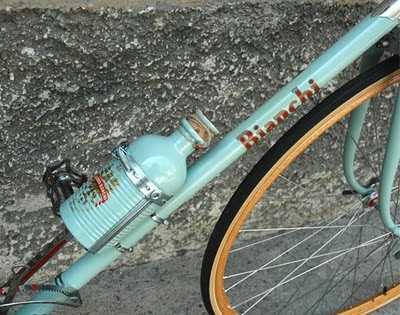 The first time I saw a true vintage Bianchi was a couple of years ago, in Austria. It was many decades old and partially dilapidated, hanging in a dark corner of a stuffy bike shop - among dozens of other classic Italian bikes. Still, the Bianchi was the one I noticed. From across the room, I walked toward it with a flutter in my chest, my hand already stretching out to touch the lugwork. Amore.

Started in Milan in 1885, Bianchi is described as the world's oldest bicycle company still in existence. Though it has always produced a wide variety of models, Bianchi is best known for its classic racing bikes - particularly in the distinct "celeste" shade that has become its signature colour. Of dubious origins (some say inspired by the Milan sky, but most likely a product of surplus WWII paint), the exact formula of "celeste" has varied throughout the years. But it has always been some magical mix of sage green and powder blue - offset by the seductive shimmer of Campagnolo components. 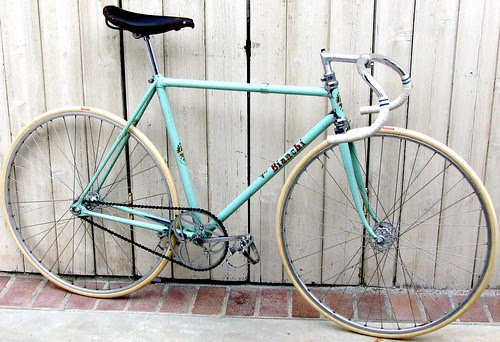 [image via the Fixed Gear Blog]

As I stare at these images and sigh, I wonder what on earth attracts me to these bikes - Straight out racing bikes that two years ago I would not have even known how to mount, let alone ride. 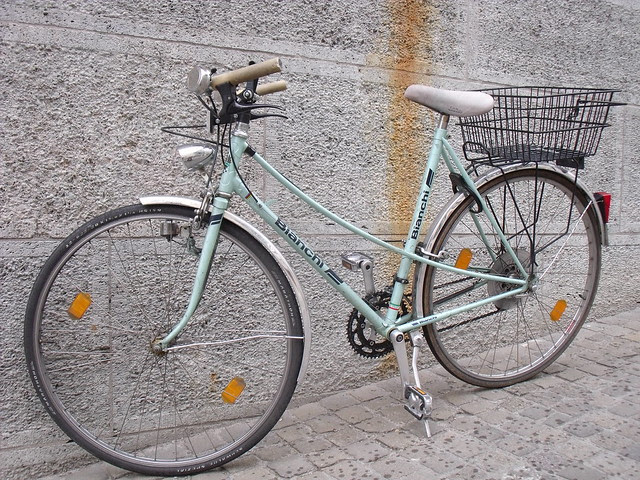 Bianchi even produced several mixte models throughout the years - But somehow, it's the classic racing bikes that really draw me in.


And while initially my interest in Bianchi was purely aesthetic, that began to change as my cycling skills expanded. Over time, I have transitioned from thinking of these bicycles as mere eye candy, to seeing myself riding one in future - most likely as my "wildcard" bike, to replace the vintage Trek currently occupying that spot.

One interesting industry development, is that the current Bianchi company is re-introducing lugged steel to its modern line-up as part of the Classica line. This began with the partly lugged Dolomiti roadbike in 2009 - greeted with some dismay due to its awkward mix of modern and classic features. The 2011 line up looks more promising, with the Tipo Corsa and the Pista Classica - both featuring chrome lugwork and fork crowns. Though the lugs look somewhat generic to me and the price is likely to be prohibitive, I am excited to see this and look forward to the models being released. Bianchi "celeste" is at its best when surrounded by lugwork, on a classic steel bike.
Labels: diamond frame Italian bicycles