The Best Time to Visit Your Bike Shop 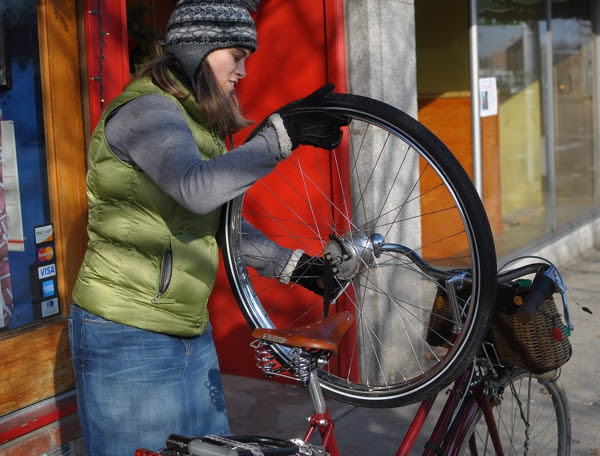 Even though we live close to one another and normally cross paths on our own turf, this weekend I bumped into "cycler" from Biking in Heels 10 miles away - at Harris Cyclery. We'd both taken on projects that ended up throwing us curveballs, and now here we were. Even if you work on your bike yourself, it's good to find a trustworthy bike shop you can turn to just in case - and better still, a specific mechanic whose opinion and work you trust. The fact that I travel 10 miles to see Jim even though there are plenty of bike shops walking distance from my house, speaks for itself. 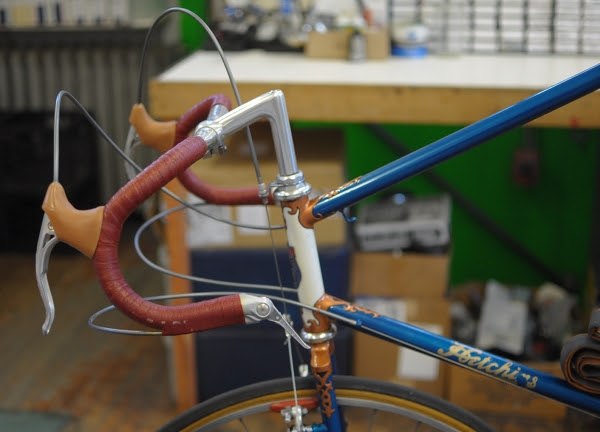 And if you are going to visit your local shop with a "project bike," there is no better time than the winter months. In the off season, bicycle shops tend to be less crowded, which means that they will be able to work on your bike sooner and will have more time to answer your questions. They are also more likely to have the components and accessories you want in stock, since things don't sell out as quickly as in the summer. 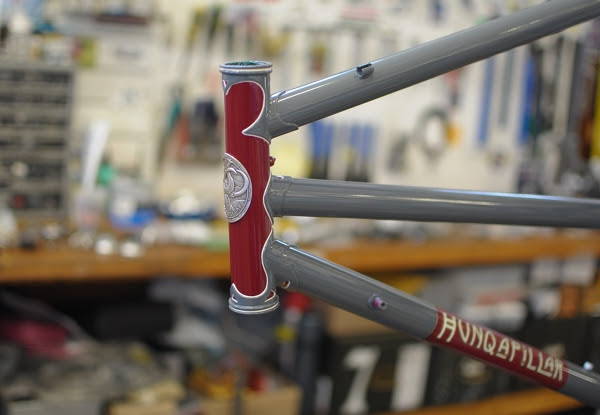 Some new floor models are likely to be available as well, since the shop will actually have time to build them up. This is the first time I've seen the Rivendell Hunqapillar - the version with the diagonal "middle tube." The design is definitely not for me and I cannot help but wonder how many people buying this bike will actually be using it in a way that necessitates this construction. But I do appreciate seeing the monster in person. The wooly mammoth headbadge and the decals are nicely done, as is the lugwork. 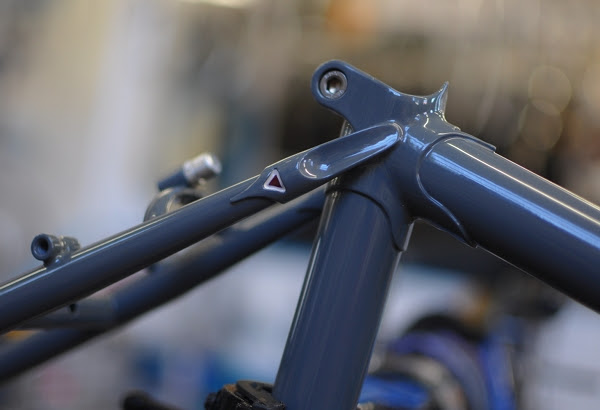 Never seen a seat cluster with a "socketed" seat stay like this before. Any idea what the purpose of this design is, assuming that it is more than aesthetic? 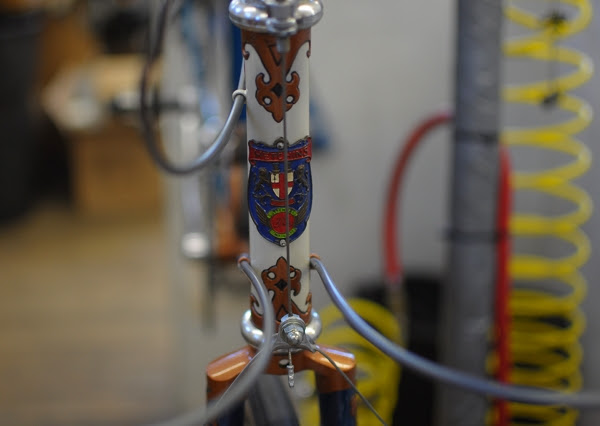 Between the Hunqapillar, the flock of other Rivendells, the vintage Hetchins, and other exotic specimens, it felt as if lugwork was declaring war on modern bikes and taking over the shop. My own modestly lugged bicycle seemed like an underachiever in comparison - though he held himself proudly and was quite happy to have the mechanic's attention. 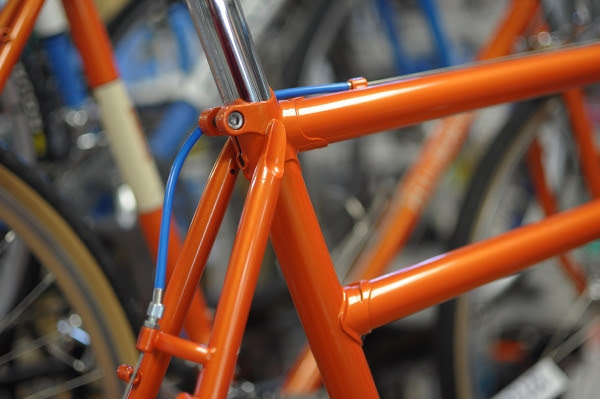 Winter is also the time when bike shops hold end-of-the year sales, where good deals can be found if you are in the market for a new bike. And for those manufacturers whose models do not change year to year, winter is often the last chance to get a bike at the current price tag, before prices go up in the Spring. If you hang around long enough, you might also learn about non-advertised deals, including second hand bikes. Some of the most interesting vintage bicycles never make it to the likes of Craig's List or e-bay, but are sold via word of mouth. Bicycle shops can act as hubs for those types of connections. If you are looking for a particular bike, try asking your bike shop about it - they might just know of a customer, or a friend, who is trying to sell theirs.
The winter months are infamously slow for the bicycle industry - but as a customer, you can take advantage of that in a way that benefits everyone: You get more personal attention, faster turn-around, and better deals - and the bike shop gets winter business. It's win-win!
Labels: local bike shops lugs Rivendell