Velophilia and Its Symptoms (and Announcing Dress Guards Recipient!)

Several days ago I offered to give away a set of dress guards, and the rule was for bicycles (not their owners) to post comments about why they would like them. I expected a dozen or so comments from bicycles, but received close to 40... which made me realise that I am by far not the only one to anthropomorphise my bicycles to a point that borders on delusion. And the good news, is that when 40 people share the same delusion, that's called sanity! 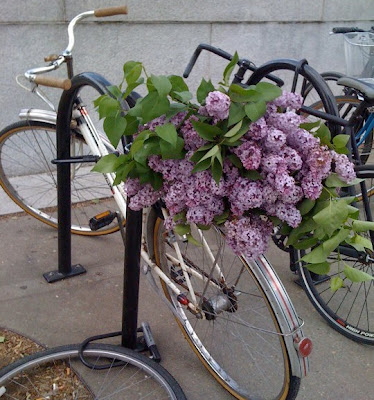 [image via Laura B.]
Without further ado, I now announce whom my bicycle Linda has chosen as the recipient of the dress guards: a 1950's step-through Dutch bike named Fanny (pictured above). Here is Fanny's comment:


I'm a Dutch lady, from the mysterious Fanal family, born in the 1950s. I have naked holes running along both sides of my back fender. After reading your post about dress guards, I realized how un-lady-like it has been to leave these dress guard anchors exposed.

I have recently been working on my appearance--rust removal, new pedals, touch-up painting, pin-striping with a gold paint pen, re-shellacking my grips, etc. It would be so nice to show up at the farmer's market this weekend with a lovely dress guard. The lilac branches in my photo (link below) might have appreciated the guard, too.

A vintage Dutch bicycle who lives in exile in the US, loves lilacs and has gaping holes in her fender? Linda dabbed at her eyes with an embroidered hanky as she read Fanny's story, and would like her to have the dress guards. If Fanny's human companion Laura B. could please send me her mailing address, the dress guards shall be on their way to her shortly! And thank you everybody for all the bicycle comments on that post; they were hilarious and a lot of fun to read! 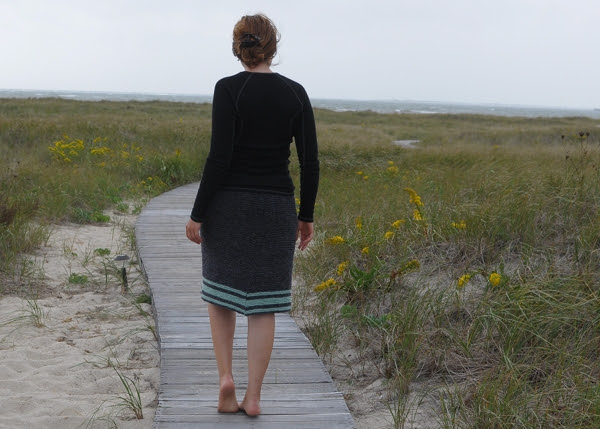 Speaking of acute symptoms of Velophilia, I knitted this skirt while convalescing from my hopefully-not-pneumonia. The design is bicycle friendly: It looks like a narrow pencil skirt from the front, but the pointed end in the back allows it to open up while pedaling. I think cycling exclusively on a road bike for the past several weeks has made me crazed with desire to ride an upright bicycle in a skirt again. 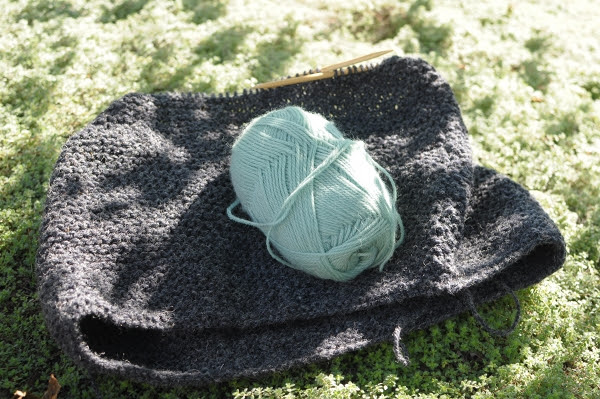 And once the skirt was completed, I also realised that my choice of yarn looked a little familiar... 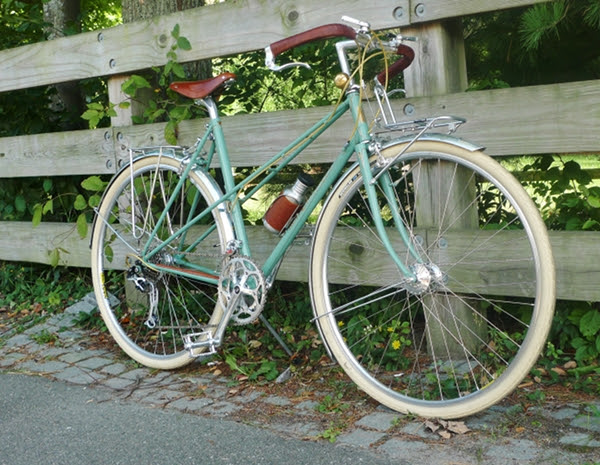 Ah yes, my mixte! My Velophilia is at its most acute when something prevents me from cycling as much as I'd like. Everything I do ends up being about bicycles.  I look forward to returning to Boston later this weekend, hopefully entirely recovered.
Labels: DIY dress guards flowers give-away mixte skirt