Taking It Personally or Taking It in Stride? 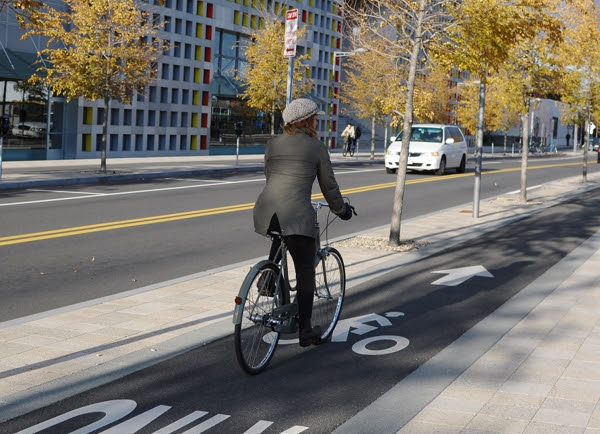 When drivers behave rudely towards us, we tend to perceive them as being "hostile to cyclists".  But what I wonder sometimes, is whether this is a fair assessment given how drivers behave to one another.

Consider that...
Drivers honk at each other all the time.
Drivers cut each other off.
Drivers roll down their windows and shout "learn how to drive, you moron!" at one another while making indecent hand gestures - even if they are the ones at fault.

Of course, the big difference between intimidating other drivers and intimidating cyclists, is that cyclists are considerably more vulnerable - something I am highly aware of when a driver plays "chicken" with me while turning left at full speed as I am trying to go straight through an intersection, on a green light. Bike lanes and protected bike paths do little if anything to solve this problem if there are no cyclist-specific lights at intersections. It is difficult to take things in stride when the competition is stacked against me both in terms of speed and in terms of safety. But I try to remember not to take it personally.
Labels: cars traffic urban cycling