The Mystique of 'Ride Quality' 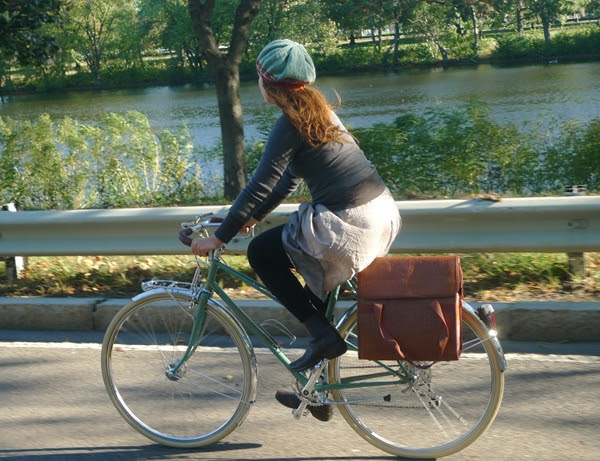 When describing what we like or dislike about riding a particular bike, we speak of that bicycle's "ride quality". But what exactly is that? In simple terms, it's how a bicycle feels to ride. Is it comfortable? how does it feel over bumps? how does it accelerate? how does it behave when turning corners? how does it feel when loaded? At least to some extent, all of the descriptions we provide under the umbrella of "ride quality" are subjective. And although there are objective, technical factors underlying the subjective experiences, the relationship between these factors is so complex and so sensitive to even the most minuscule variations, that translating sensations into explanations can be tricky. 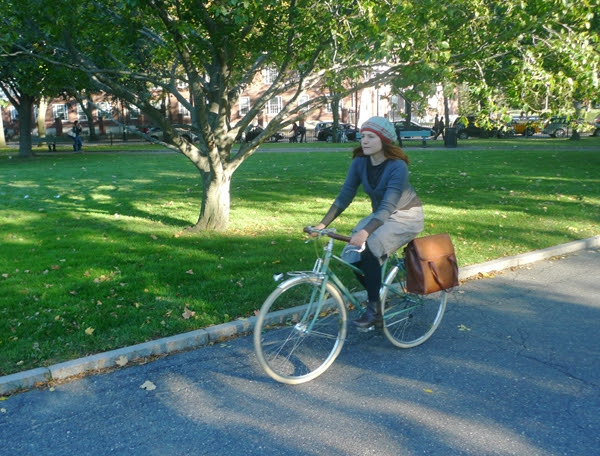 This is especially true of my Royal H. mixte.  Its ride quality intrigues me, because it is like nothing I have experienced before. For one thing, the frame feels oddly soft and springy. Some may suggest it's the tires, but no - the sensation is from the actual metal. It's like riding a bike carved out of a cloud, and the feeling is the exact opposite of the vintage Motobecane I used to own - whose frame felt "painful" and "hard". The other mysterious aspect of the Royal H., is the extent to which it likes to keep its line of travel. You can launch this bicycle across a room without a rider, and it will go straight. When I turn a corner, it goes at the exact trajectory I want it to go. I have never experienced anything quite like it. I know that Bryan (the framebuilder behind Royal H.) chose a delightfully eccentric combination of tubing specifically to combat the discomfort issues I was having with my vintage mixte, and that he built the bicycle with neutral trail so that it would feel stable. But is it really as simple as that? I have ridden other bicycles with good tubing and neutral trail, and they did not handle quite like this. So I prefer to attribute it to magic. 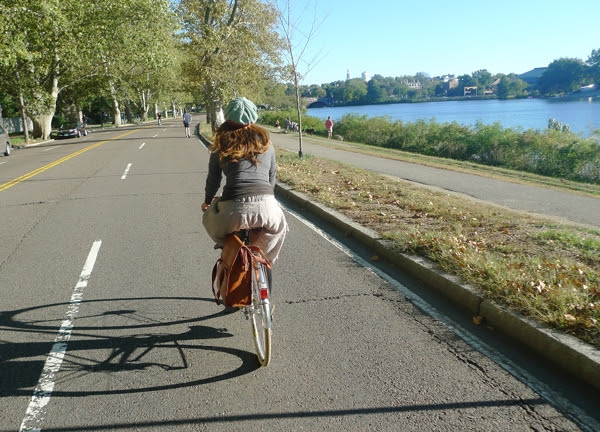 Being an annoying academic by training, I like to analyse everything until I understand it. But sometimes the things we feel are beyond the sum of their parts - things like love, happiness, ennui, longing ...and ride quality.
Labels: comfort Constance mixte Royal H skirt