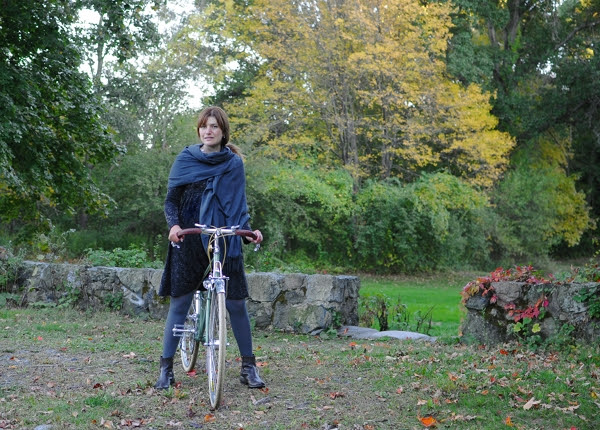 Not surprisingly, my beautiful mixte by Royal H. Cycles has been making quite a splash. People ask about the bicycle, and when I say that it was custom built the reactions are interesting. Several men (including framebuilders) have asked whether it was a gift from my husband or boyfriend - meaning, whether he was the one who ordered the frame for me, interacted with the builder, etc. Others have asked whether the framebuilder is my boyfriend. And others still have noted the amazing amount of detail for a women's frame and asked whether it was built as a NAHBS bike (show bike) - which is mostly where one would see such a mixte. When I explain that I was the one who ordered the frame, thought up the criteria for it, specified the design features, etc., all without a male intermediary, this is met with amazement. And having thought about it, I doubt this has anything to do with sexism. Rather, I think it is about statistics: According to the framebuilders I have talked with, women do not typically take the initiative to order custom hand-built bicycle frames. The more common scenario, is that a male framebuilder builds the bicycle for his female significant other, or a male bicycle lover orders it for his spouse. 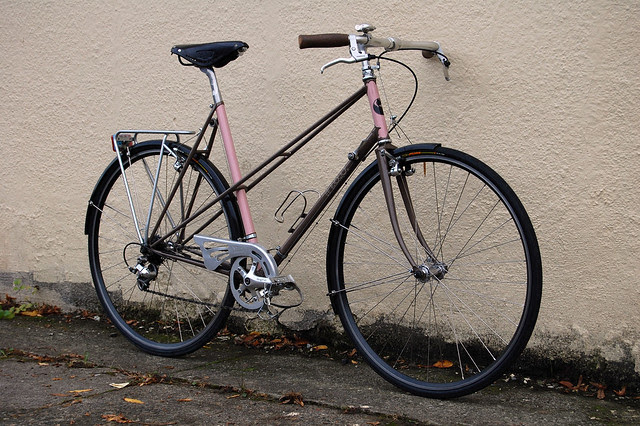 [image via mapcycles]
Thinking about that has made me wonder how women feel about handbuilt bicycles. Do they want them? Or do they perceive the process as either too daunting, or not worth the money or time it takes? 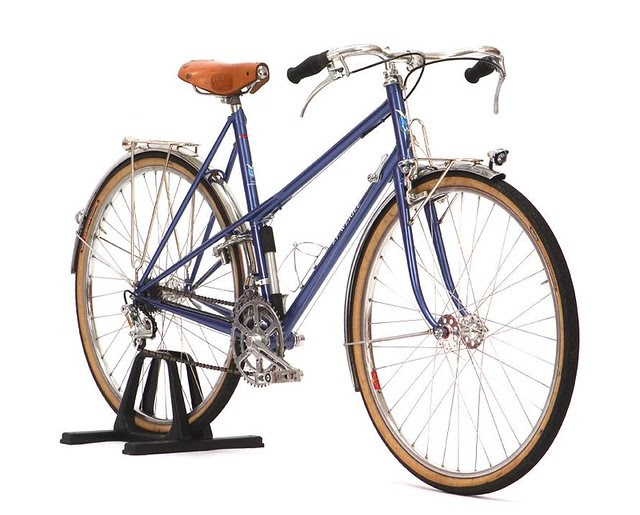 [image via JP Weigle]
At NAHBS and other handmade bicycle shows, mixtes and step throughs have become increasingly popular over the past several years. One might even say that it is now almost de rigueur for classic framebuilders to include a mixte in their portfolio. Does this not mean that there has been an increase in demand for ladies' bikes? 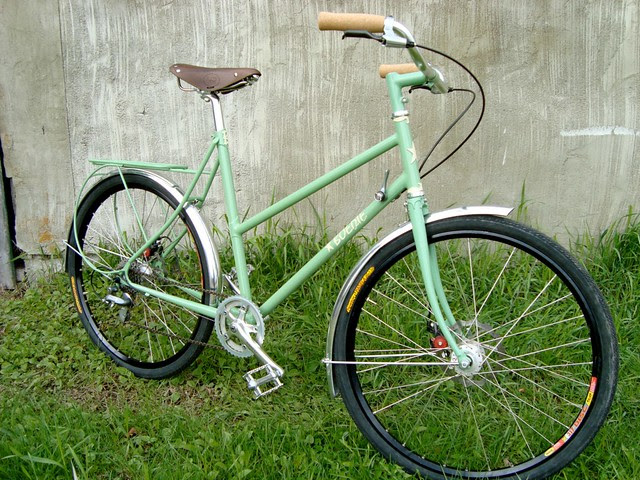 [image via Boedie Cycles]
To an extent, I am sure there has been some increase in demand (and here again we must differentiate between women ordering the bicycles versus their spouses ordering for them). But for the most part, I believe the appearance of women's bicycles at handbuilt shows is mainly symbolic - reflecting the increasing number of women cycling for transportation in American cities. 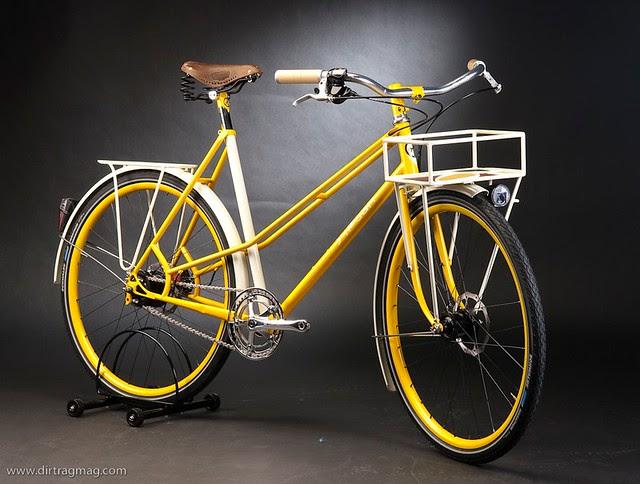 [image via YiPsan Bicycles]
Additionally, a mixte frame is more challenging to build than a diamond frame. It involves more elaborate brazing and lugwork - giving the framebuilder the opportunity to truly show off the extent of their skills. When done right, a mixte can embody elegant design at its most stunning. [image via antbike]
So what about the ladies? Do they ever call up a framebuilder and order a bike for themselves? I am not saying that it never happens, and a few builders in particular (ANT, for example) seem to attract female customers. There is also the "lady framebuilder" Sweetpea, which caters specifically to women. But overall, it isn't typical. If you browse framebuilders' websites and flickr accounts that include narratives about recently made bicycles, you are more likely to find descriptions such as "this mixte was commissioned by Joe for his lovely wife Mary" than "this mixte was commissioned by Mary". Will this change as the number of female cyclists grows? I hope so! It would be fun to argue with another female about seat tube angles and lugwork.
Labels: bicycle industry framebuilding gender handmade mixte Royal H skirt