The Bostonians: A Meeting of Cousins On a lovely Sunday afternoon in Boston, my Royal H. mixte ran into a cousin... an ANT Lady's Boston Roadster of the same colour. 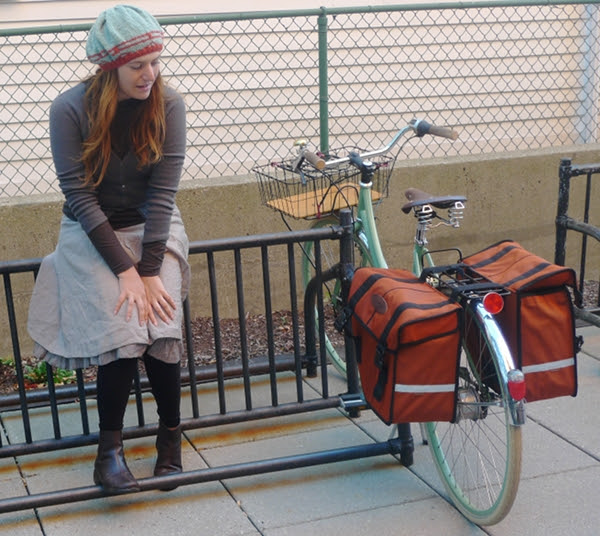 I promise the ANT is not mine. But whoever it was built for certainly has a similar taste in bicycles. 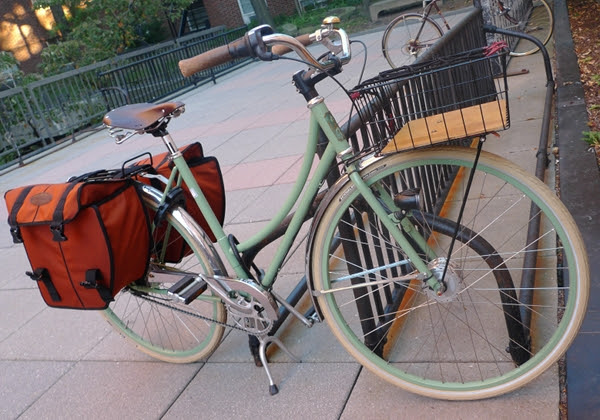 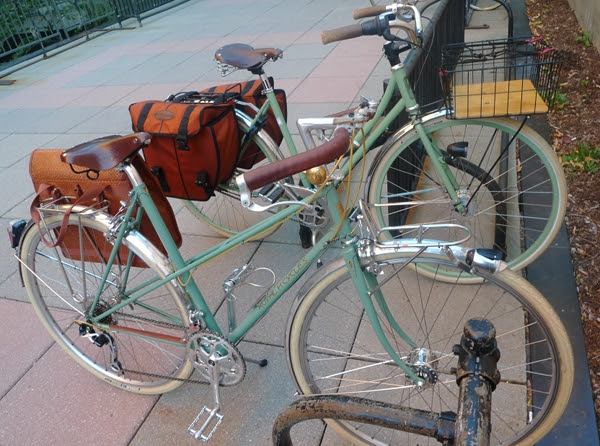 It's fairly accurate to say that my Royal H. and this ANT are related. Not only because both were made by Bostonian frame builders and have similar "complexions," but also because some time ago Mike Flanigan (of ANT) gave Bryan Hollingsworth (of Royal H.) the new-old-stock mixte lugs that made the construction of my bicycle possible. 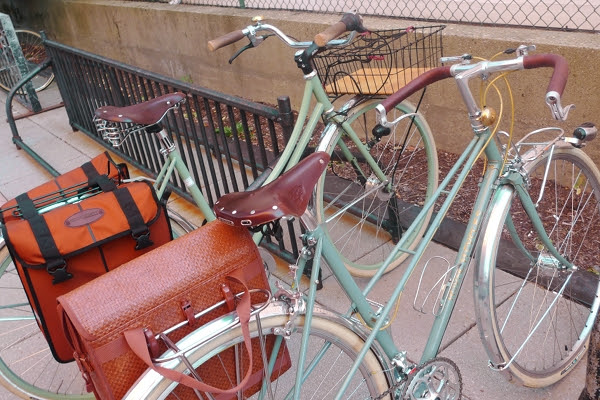 Like my mixte, the ANT roadster was built with racks and dynamo lighting. Looking at the "cycling landscape" in Boston today, I think it is important to credit ANT for resurrecting the notion that transport bikes should be built with these features. I see more and more bicycles now with dynamo lighting, whereas as recently as a year ago people would stop and ask me why my front hub was so large, amazed when I would explain that the lights are powered by pedaling. And racks are now pretty much the norm on city bicycles, whereas a year or two ago they were an anomaly. ANT bikes, and the younger local builders whose work is influenced by them, played a crucial role in this change. 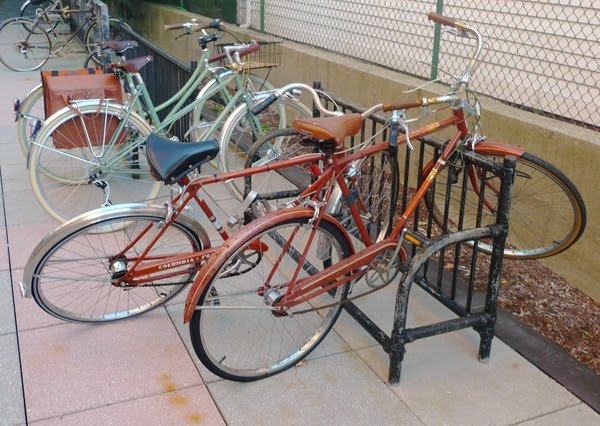 It is nice to live in a city that is home to so many excellent frame builders, and to spontaneously "meet" other local handbuilt bicycles. The bike pictured here was actually the second ANT I saw today. Earlier, I was stopped at an intersection and heard the cyclist behind me say "Sick bike! Where did you get it?" I started telling him about Royal H. and handbuilt frames, then realised that he was riding a black ANT when he pulled up beside me. "Hey, yours is an ANT!" What a weird thing to bond over, bicycles. Encounters like these make me feel like a character out of a 1950s sitcom, where neighbours wave and smile to one another and the mailman whistles a happy tune.
Labels: ANT Boston framebuilding Royal H