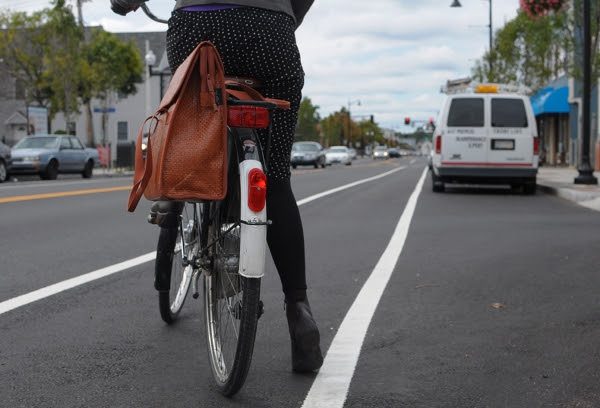 Having just returned from our stay on Cape Cod, I am greeted with a remarkable development: There are now bike lanes on one of the most hated stretches of road near my neighborhood. While normally I avoid this road, today I found reasons to travel along it multiple times just to experience its Disneyfication - for the city has also planted trees and installed decorative streetlights, in attempts to disguise the faded vinyl-siding of the multi-family homes and the peeling storefront signs that say things like "Used Tires". Why if Boston keeps this up, soon the last of the gritty neighborhoods will turn shiny and pleasant and there will be nothing to complain about!

Apparently, we are hardly the only town experiencing such shocking advances in bicycle infrastructure.  A friend from Virginia has written me with the news that there are now bicycle lanes in Harrisonburg, and he - a lifelong cyclist sans lanes - does not quite know how to behave in them.  Where is one supposed to pass? How to deal with joggers in the lane?

While I am by no means an authority, I will contribute my ideas on bike lane etiquette. Please note that although these contain commentary on safety, they are meant as thoughts on polite behaviour and are not safety tips. 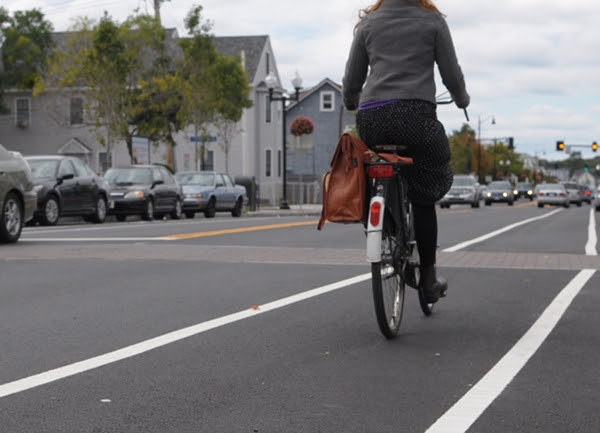 1. Positioning within the bike lane
It is a good idea to cycle in the left half of the bike lane, as this positioning places you out of the "door zone" (i.e. you will not get struck by a car's door, should one suddenly fling open). Occasionally, a misguided cyclist or driver may shout at you to scoot over to the right, so that they can pass you easier - but don't allow yourself to be guilted into listening to them. Instead, politely explain about the door zone and why your positioning in the lane is necessary.

Try to keep to a consistent line within the bike lane; don't weave. Drivers and other cyclists can get freaked out by weaving cyclists, and in turn behave irrationally. 4. Yielding to pedestrians
If the bike lane intersects a crosswalk, yield to pedestrians in a way that makes them feel safe - don't just cycle around them within inches of their person... And please don't even think of ringing your bell at pedestrians to make them cross faster (I have witnessed cyclists do this in Boston). It is the pedestrian's right to be in the crosswalk and your obligation to yield.

On the other hand, it is not the pedestrian's right to be in the bike lane itself, whether they are jogging or rolling a baby carriage, or whether it is a group of people caught up in chatting. If a pedestrian is blocking a bike lane, I think it is only fair to ring your bell and/or politely say something like "Excuse me, bike lane!" so that they move out of your way. It is rude of them to block the lane; it is not rude of you to point out that they are blocking it and ask them to move. 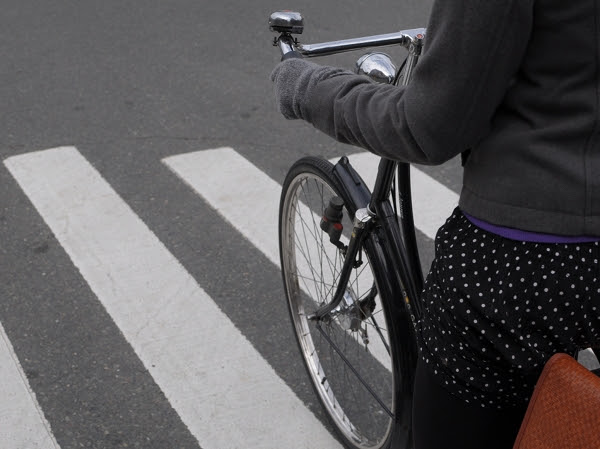 5. Positioning when stopped at intersections
When stopped at an intersection, stop before the crosswalk - as opposed to blocking it (as shown above), as some cyclists do in order to get a head start. It's not very nice to make pedestrians go around you as they attempt to cross the street.

If other cyclists are already stopped at the intersection when you arrive, it is generally considered polite to stop behind them - as opposed to next to them, in an attempt to compete for who goes first when the light turns green. 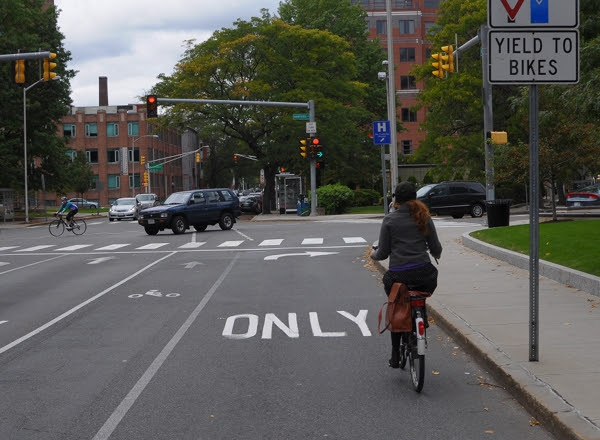 6. Turning
Communicate your intention to turn by signaling and merging into the turn lane early on, rather than at the last moment, so that drivers are not surprised and can yield to you properly.

Observe the same rules as if you were a motor vehicle: When making a left turn, yield to oncoming traffic; when turning right on red, yield to pedestrians crossing and to cross-traffic. 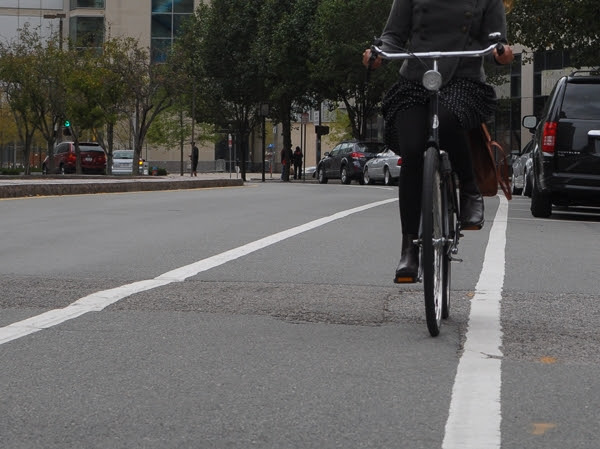 7. Wrong way in the bike lane?
I think the reason some cyclists engage in this behaviour, is to make an easier left turn.  However, it is wrong and inconsiderate to "salmon" in the bike lanes; please don't do it.  And I think it is perfectly acceptable to ask other cyclists not to do it. 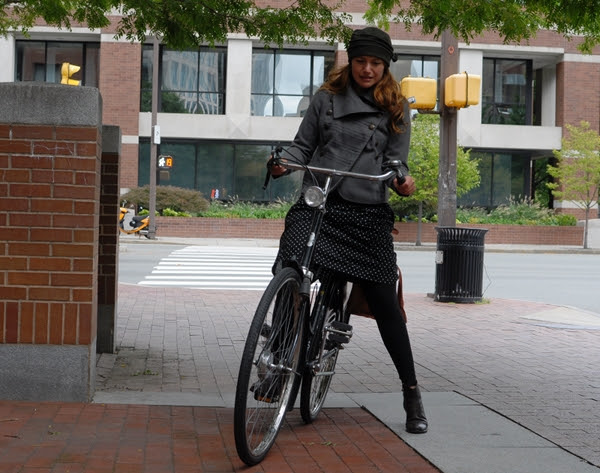 9. Speed
As while driving, it is common sense and common courtesy to slow down when executing delicate maneuvers in traffic. It is also common courtesy not to jeopardise the safety of other cyclists, even if you are in a hurry. Sometimes you just have to go with the flow of bicycle traffic, even if technically you are capable of going faster.

10. Interaction with drivers and other cyclists
Please... just be polite. If you are annoyed or frightened by a driver or another cyclist, it is never a good idea to express that sentiment by immediately insulting them or shouting obscenities. An urgent tone of voice does not need to be abusive. "You almost killed me!" in an alarmed voice is more effective than "You almost killed me, you goddamn idiot!" in a hostile voice. While it may be tempting to shout the latter version, consider that doing so can actually escalate conflict and further endanger you.

With more cities across the US creating bicycle lanes, the numbers of new cyclists out on the roads is growing. And while different states have different degrees of regulations when it comes to cycling, I think there are certain aspects of using the bike lanes that are a matter of common sense and courtesy. I hope my suggestions are useful to new users of bike lanes. Your feedback, whether in agreement or disagreement, is welcome.
Labels: Boston Gazelle skirt technique traffic urban cycling