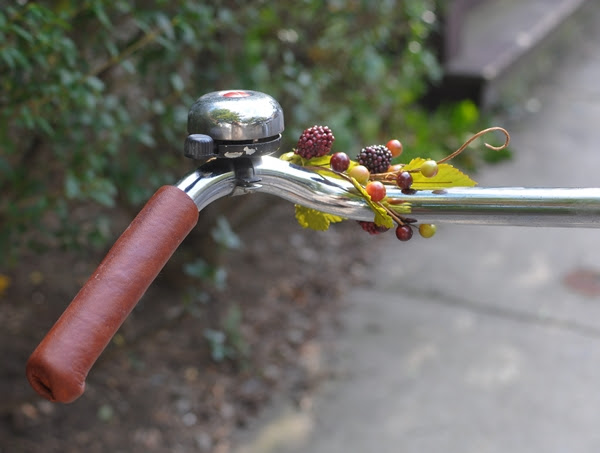 When I acquired my vintage Gazelle two months ago, I had meant to give her some TLC and a tune-up - but ended up doing absolutely nothing to her until now. She functioned fine despite having sat abandoned in someone's basement, and I've been taking the poor, loyal creature for granted. But every bicycle enjoys care and personalisation, and I have finally given Linda some much-deserved attention. 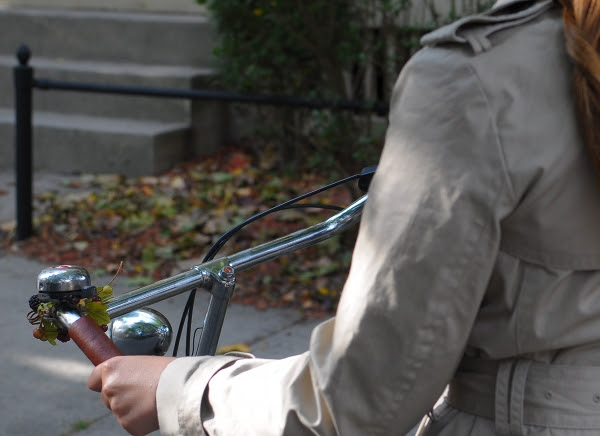 The original rubbery-plastic grips must have been reaching the end of their life expectancy, because they felt soft and sticky - as if the material was slowly degrading. So I replaced them with Elkhide sew-on grips from Velo Orange. Although these are not exactly a breeze to install (they are strips of leather that you must cut to size and sew on yourself), the result is worth it - soft, pliant, subtly textured, and beautiful. Luckily, I did not have to destroy the Gazelle grips in the process; with some effort they slid off and I will hold on to them as keepsakes. 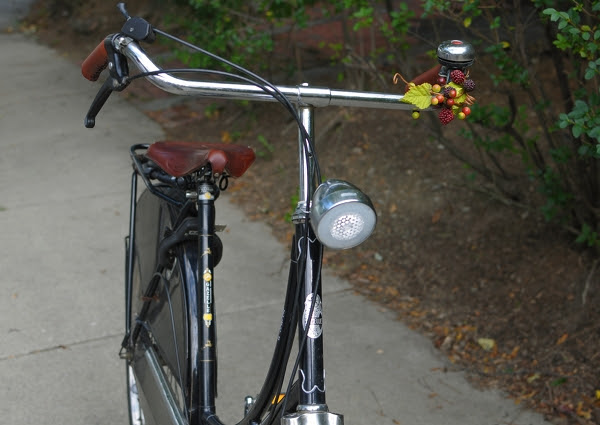 I have also outlined the head tube lugs in silver. There was trace evidence that they had once been outlined in this manner and I wanted to restore Linda to her prior glory. I think the outlining goes nicely with the chrome fork crown and the silver headbadge. 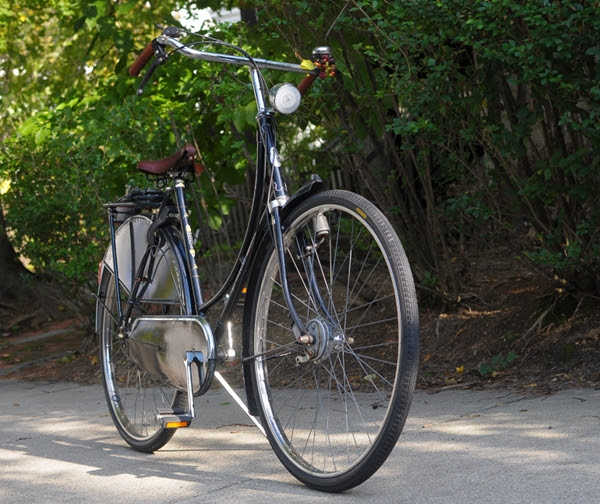 But while these changes are nice enough, the Co-Habitant gave Linda a gift that is even nicer: he "brightened" her headlight by replacing the halogen lightbulb with an LED. This is a temporary solution, before we execute our grandiose plan to overhaul both the head and tail lights with a super bright LED + standlight system, while retaining the original Gazelle casings. It was reassuring to see that DBC did this to their bikes; hopefully our project will be equally successful (if it works, we'll post instructions). But for now, at least I have a brighter headlight - good to have that sorted now that it is starting to get dark so early.
In addition to the lights project, we are still planning to eventually replace the old, cracked tires with cream Delta Cruisers, and to finally give this bicycle a proper tune up. I am also considering whether I should replace the standard dress guards with something personalised, like the beautiful hand-made guards I've received from Bobbin and Sprocket. 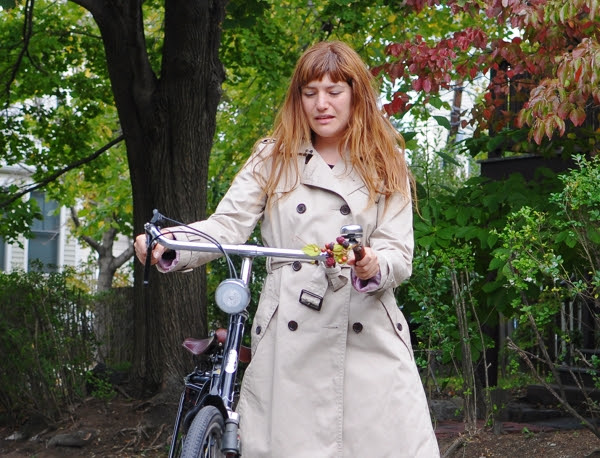 Linda has been so good to me since I got her, that it is only fair to reciprocate. It's true when they say that one person's trash (she was discarded by her previous owner) can be another's treasure.
Labels: DIY Gazelle lights loop frame restoration vintage