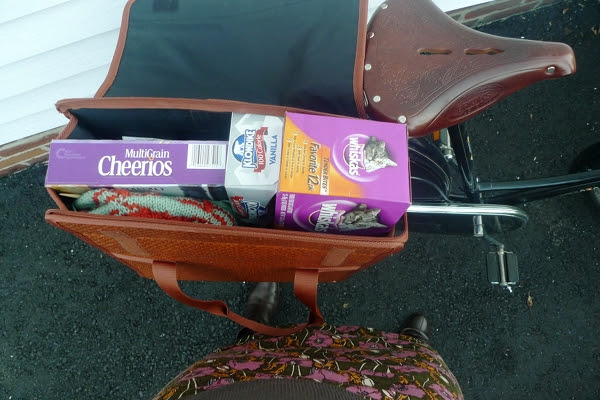 One side effect of owning a bicycle with a large carrying capacity, is getting accustomed to having a "shopping cart" wherever you go. As a result I often ride my bike even to the grocery store that is within walking distance from my house, because it is easier to transport the purchases that way. 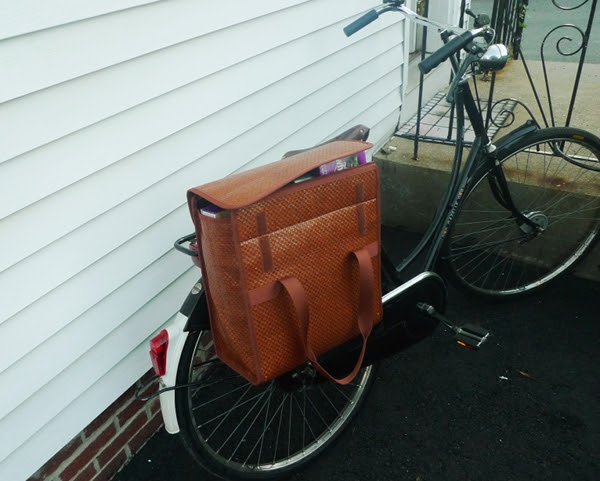 Interestingly, some of my friends who've recently had babies say the same thing about strollers: They've gotten so used to being able to hang their handbags and shopping bags on the stroller, that going out without it and actually having to carry all that stuff feels like a hassle. I suggested a bicycle for those times they are without baby and stroller, but they don't seem convinced that it can provide the same carrying capacity (plus, of course "it's not safe to ride a bike in the city"). Maybe one of those bicycle + stroller in one contraptions would do the trick.
Labels: bags food racks