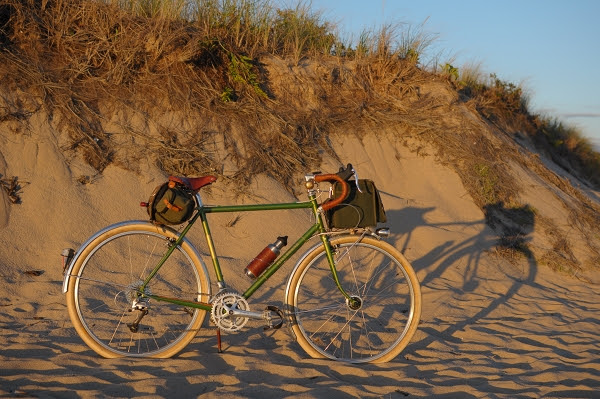 It can be said that one reason people enjoy commuting or traveling in a car, is that the car functions as an extension of their home while they are away at work or on the road. They keep a myriad of personal belongings in the car - from food and drinks, to changes of clothing and footwear, to reading material and selections from their music collection. Those who have children or pets often have toys and other objects associated with them scattered in the back. And then of course there are the familiar smells: Whether good or bad, the interior of a car takes on a distinct scent associated with its owners' activities and lifestyle. In essence, the car really does attain aspects of the driver's home over time, and this undoubtedly contributes to the emotional attachment many feel toward their vehicles. The Co-Habitant's dayjob involves extremely long shifts (12 hours is typical), and his colleagues routinely nip out to the car during breaks to retrieve various items and drop other items off. To do so is comforting when away from home for so long. This is also why the Co-Habitant equipped his Pashley with both a saddlebag and handlebar bag, despite a relatively short commute: It was important to create a similar "homey" environment for his bicycle. 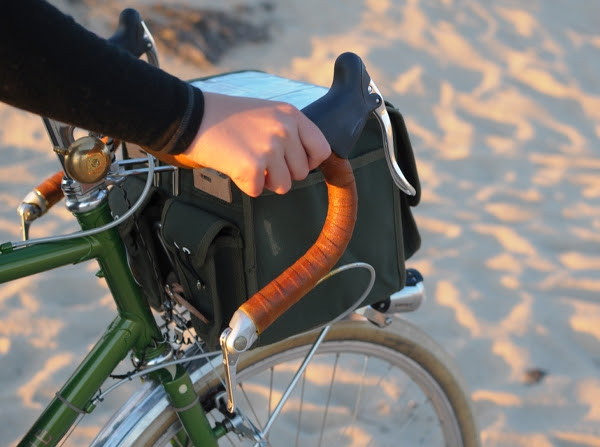 In my earlier post about handlebar bags, I mentioned the appeal of the idea that the bicycle can be turned into a mobile home - ready to go anywhere while still allowing the cyclist to feel as if their life is coming with them, rather than being abandoned. Now that I have installed a handlebar bag on my own bicycle and have found myself in a situation where turning said bicycle into a mobile home is necessary, I truly understand what this feeling is like. While on Cape Cod, we are typically away from home from morning till late evening - during which time we work, go on rides, and do various things in town. All of those activities require different items to be taken along, including clothing, equipment and food. At this time of the year, there are also significant fluctuations in temperature in the course of the day (mid 40s- upper 80s) which must be taken into consideration. To my delight, the combination of a roomy handlebar bag and saddlebag can accommodate all of these concerns. 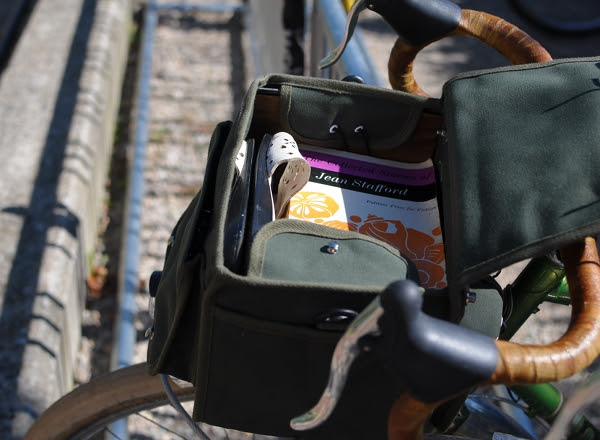 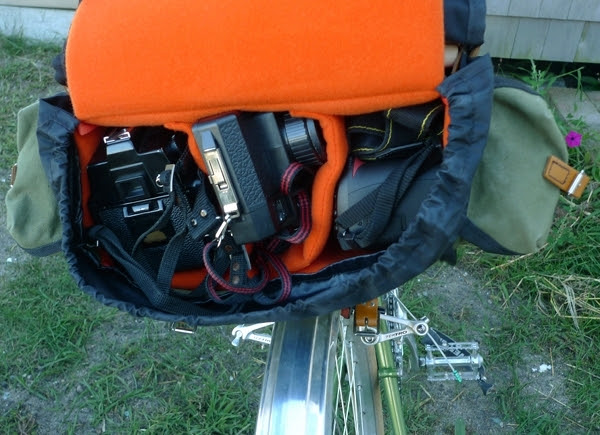 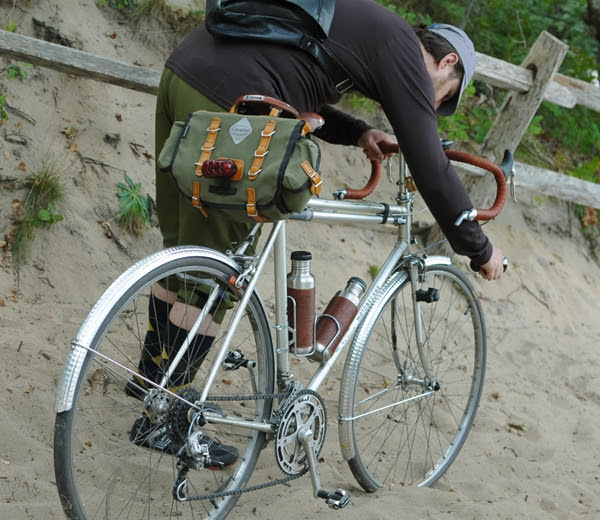 The Co-Habitant carries his own clothing, our tool kit and medical kit, and both of our laptops. He only has a single saddlebag on his roadbike, so the laptops he transports in a messenger-style bag on his person - which is the one glaring imperfection in our set-up. Next time we take a trip like this, he will have some sort of handlebar + saddlebag set-up as well, where the handlebar bag is smaller than mine, but the saddlebag is larger - the type that can fit laptops and will require a rear rack. I think that both the larger Rivendell and the Ostrich saddlebags will fit this purpose, but any other suggestions for future are welcome. 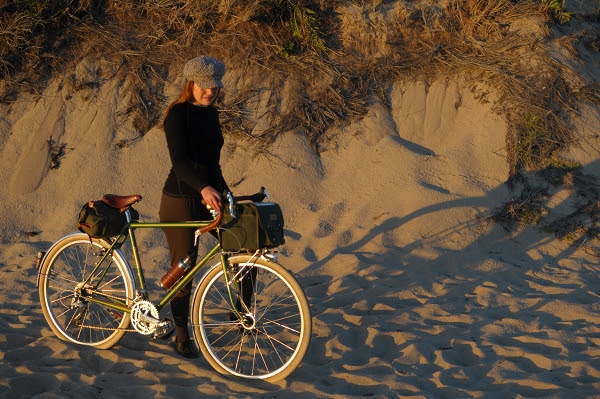 Of course, turning my otherwise light Rivendell into a "mobile home" has made it nearly as heavy as a typical Roadster - but the bike seems to handle no differently as a result. The longer I own this bicycle, the more I love it - which brings a new shade of meaning to "home is where the heart is".
Labels: bags Cape Cod Rivendell travel