His and Hers Bicycles: Matching Looks vs Matching Performance 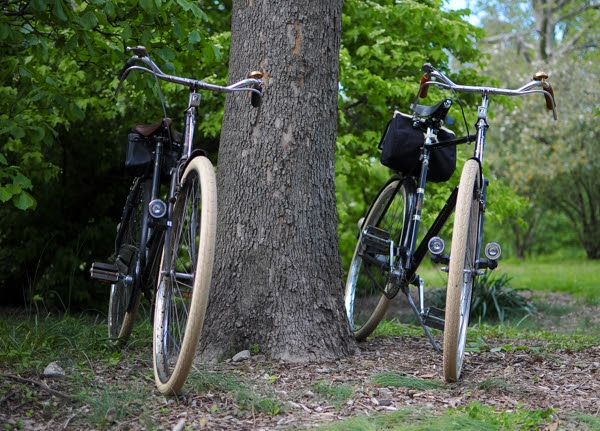 I love the idea of "His and Hers" bicycles: an elegant pair of lady's and gentleman's bikes from the same manufacturer. When we first decided to ride bicycles, the Co-Habitant and I envisioned ourselves exclusively on such matched pairs. We acquired a Pashley Princess and Roadster as our transport bikes. We acquired a Motobecane Super Mirage and Mirage Mixte as our roadbikes. And we acquired a Raleigh DL-1 Tourist and Lady Tourist as our vintage 3-speeds. 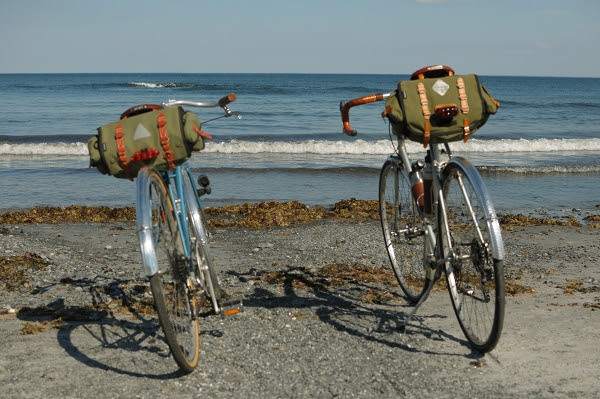 It was all so perfect!... except that it wasn't.  I could never keep up when we were both on the Pashleys, which was a constant source of discontent (I am now convinced that the female model is just inherently different from the male one). With the Motobecanes things were even worse, as my semi-upright mixte was no match for his racy Super Mirage roadbike. Despite being perfectly matched in looks, our beautiful velo couples were plagued by a disparity in performance. 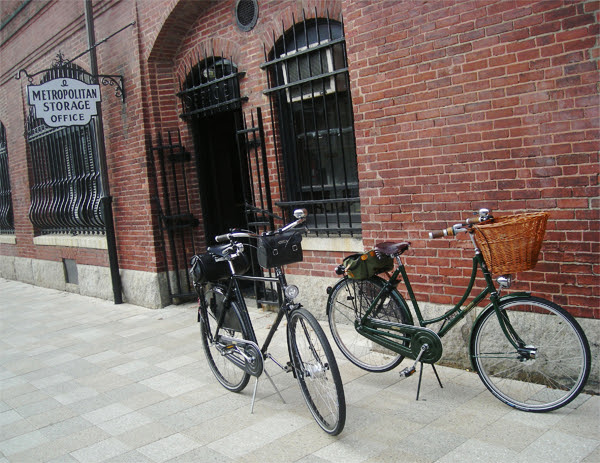 Having finally decided that the illusion of perfection was not the same as perfection itself, I shattered the symmetry - first by replacing my Pashley Princess with a vintage Gazelle, and then by selling my Motobecane mixte.  Interestingly, the Gazelle is a better match for the Pashley Roadster performance-wise, and we no longer experience the same problem with discrepancies in speed when cycling together on our commuter bikes. 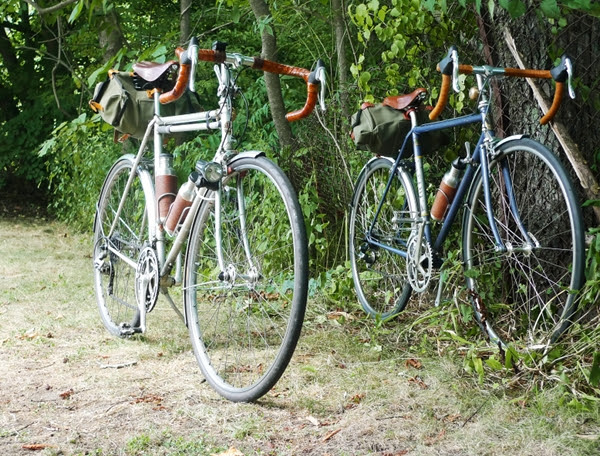 As for roadbikes, it is difficult to keep up with somebody on drop bars, while yourself riding with upright bars - especially if you are a weaker cyclist to begin with. My Rivendell and Trek roadbikes may not look as sexy next to the Co-Habitant's Motobecane as my vintage mixte did, but they are a better match when it comes to actually cycling together.

This particular discrepancy in "his and hers" bikes is something I wonder about when I see a man and a woman cycling together, where he is on an aggressive roadbike and she is on an upright hybrid from the same manufacturer (usually Trek, Cannondale or Specialized). While I understand that the idea is for the woman (who is presumably less skilled) to ride an "easier bike," surely it must make the difference in their skill levels all the more acutely felt? 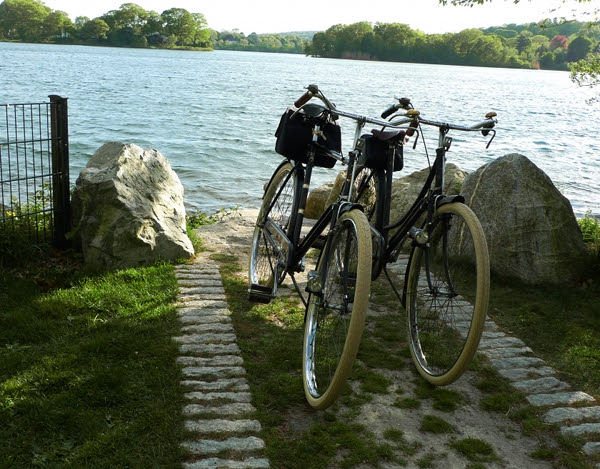 Of the three "His and Hers" pairs we started with, only our vintage Raleigh DL-1s remain. These are actually matched pretty nicely in terms of performance, so apparently "back in the day" Raleigh got it right whereas today's Pashley did not. Although we do not ride these as often as we ride our main transport bikes, it is nice to have at least one pair of bicycles that matches both in looks and performance. Who knows, maybe in the future there will be more - but the performance aspect is a must. After all, a couple's chemistry is about more than just looks.
Labels: Motobecane Pashley Raleigh