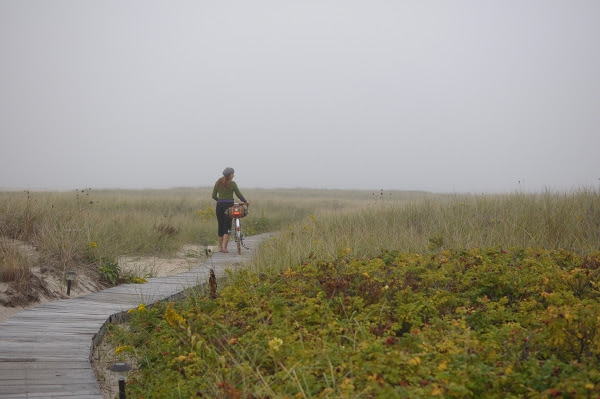 Have you ever cycled in a dense fog? For the past couple of days, we have been surrounded by this stunning, surreal landscape. There is no distinction between sky and ocean. The dunes, grasses and rosehip bushes are wrapped in a milky whiteness. There is a tornado warning in effect, but for now everything is eerily calm. 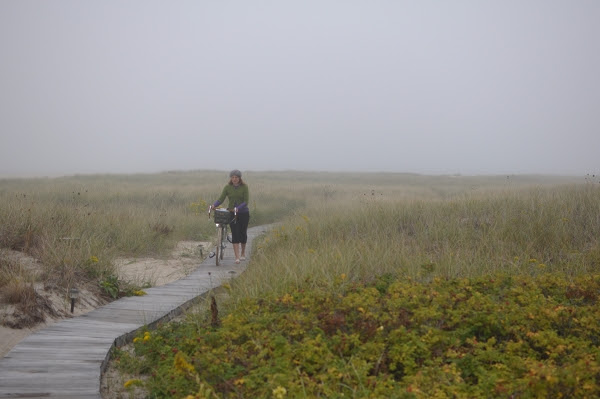 To watch someone approaching through the fog from a distance has always fascinated me.  It looks as if the person is coming from nowhere, or from the sky. 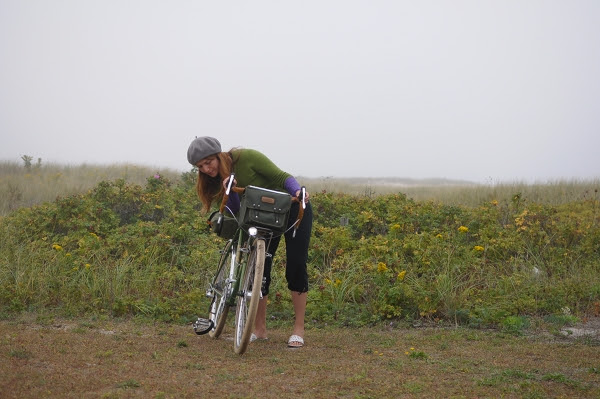 I took the opportunity to see how Graham's lights would perform in these conditions, and they were fairly well visible - even at slow speeds. 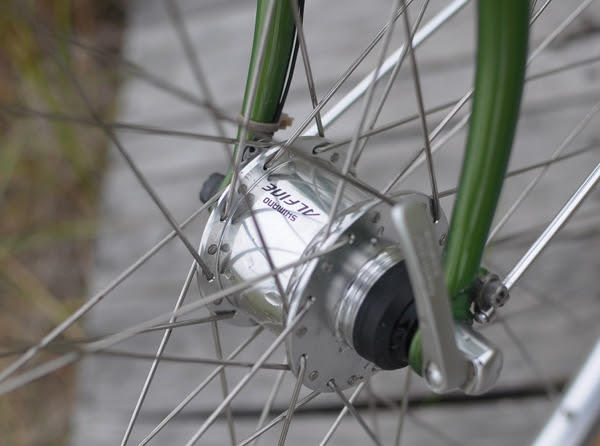 The lights on my Rivendell Sam Hillborne are powered by a Shimano Alfine hub. 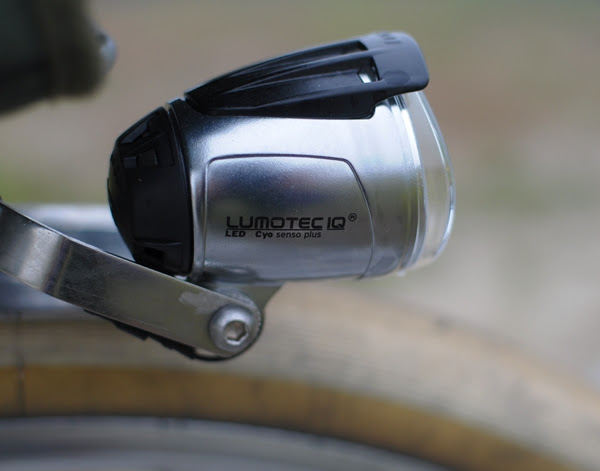 The headlight is a Busch & Müller Lumotec IQ LED Cyo Senso Plus, and its performance is stunning. The beam is not just powerful, but surprisingly large - so that cycling in the dark feels as if there is always a street light on. There is a standlight feature (the light remains on for a few minutes after the bicycle stops), as well as a "senso" feature, whereby the light turns itself on and off depending on how dark it is. 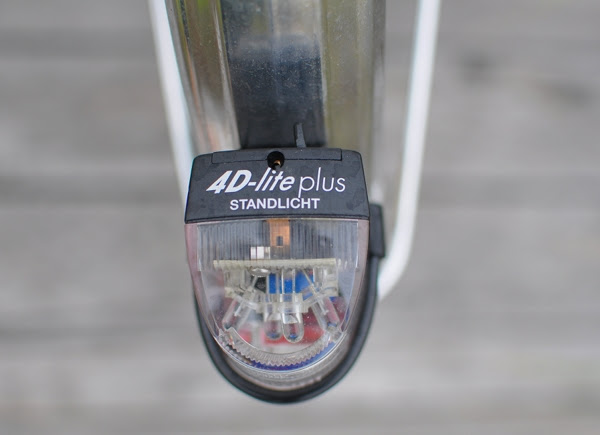 The tail light is a Busch & Müller 4D-lite Plus, which has classic looks, 4 LEDs, and the same standlight feature as the headlight (though the Co-Habitant thinks the standlight on this one is not sufficiently bright). 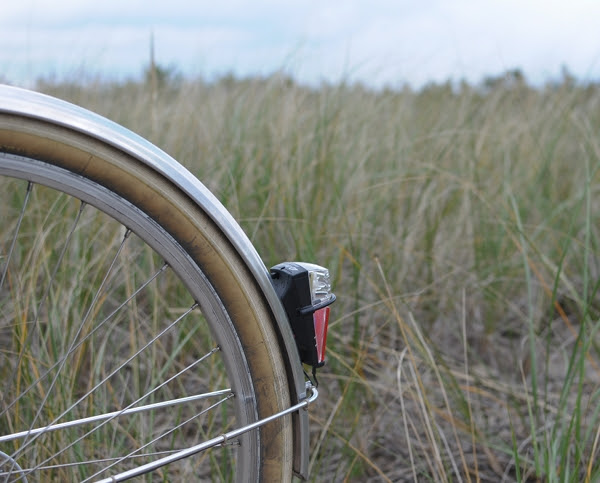 An additional feature of this tail light is that it is surrounded by a metal cage, which prevents the light from being damaged when it is bumped. This is very useful when the bicycle is dragged through doors and left at bike racks. 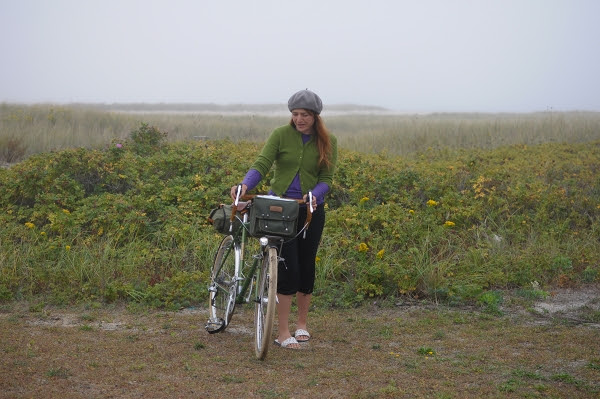 I am confident that others can see me in the fog with the light set-up I have on this bicycle. Seeing the road, however, is another matter. What do randonneurs do in these situations? I cannot imagine that any bicycle light can really be strong enough to act as a true fog light in the daytime.
Labels: Cape Cod lights Rivendell