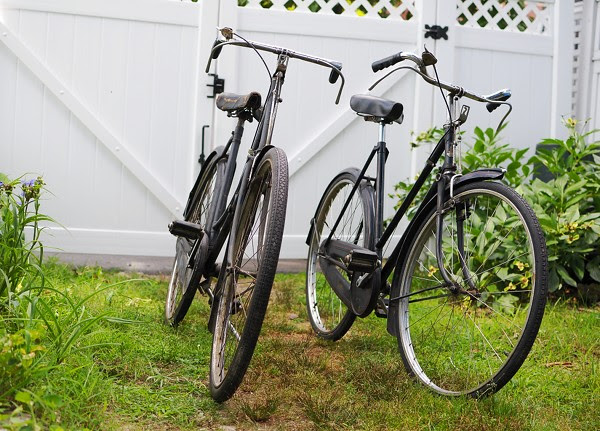 Today I visited the bicycle collector Neal Lerner and photographed some of his beautiful bikes. I am posting pictures of these two in particular - not only because they are rare and stunning, but because the owner is offering them for sale [note: both bicycles are now sold]. Here is more about the bicycles, for your viewing pleasure and for longevity: 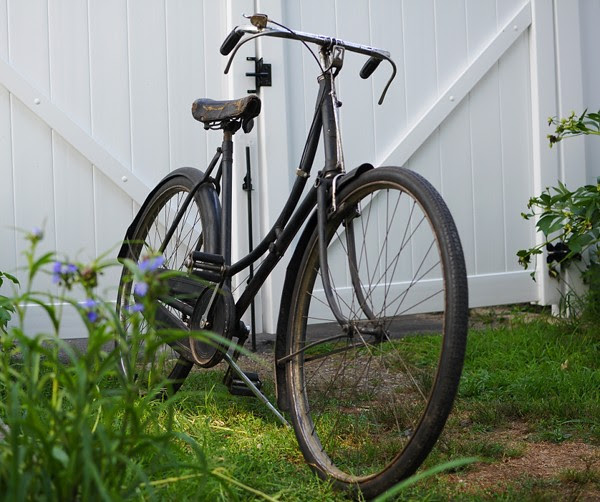 The loop-frame bicycle is a 1938 Raleigh Lady's Tourist. This model was the predecessor to the DL-1.  The frame is 22" with 28" wheels. It is a similar bicycle to the one I wrote about here; only this one is in ridable condition. 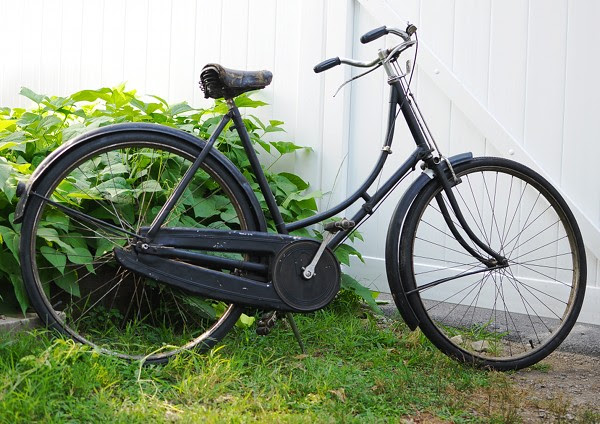 The main difference between the earlier Tourist and the later DL-1, is that the older bicycles are not quite as long - meaning that there is less distance between the saddle and handlebars. At the same time, they look "taller" than the DL-1, because the head tube extends quite a bit higher. Another difference, is that the older Tourists have a lugged connector between the downtube and the "loop" top tube which is absent from the later DL-1 model. 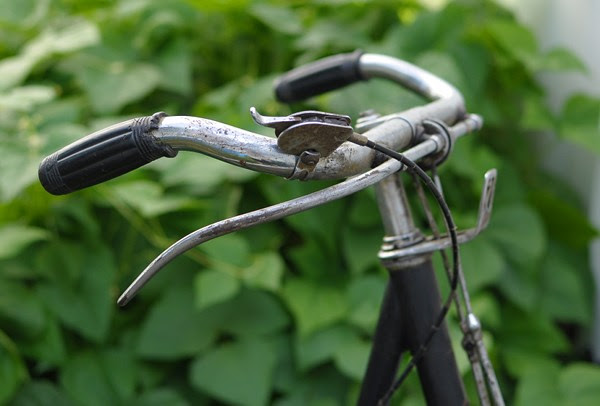 The handlebars on these older models are quite short and narrow - which makes sense, because of how closely the rider is seated to the bars. The bicycle is in ridable condition and rolls surprisingly nicely (I've ridden it for a short distance).  The shifting needs to be worked on (the gears slip) and the rod brakes need to be adjusted, but it is a stable and buttery-smooth ride. Sadly, there is a piece missing from the rear of the chaincase; it is so difficult to find these chaincases intact. The shifter, saddle and grips are replacements and are not original to the 1938 model. 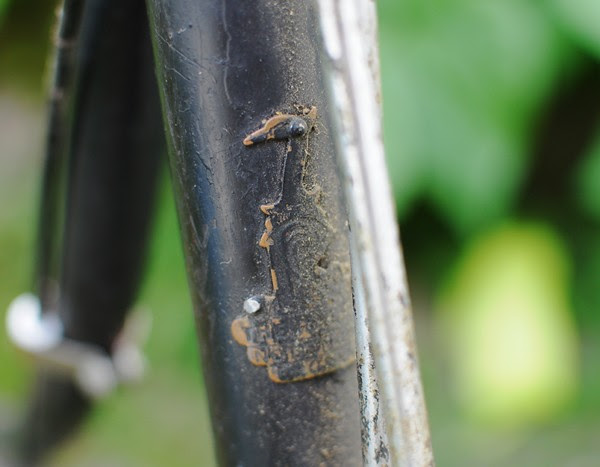 Being from the WWII period, this bicycle has some "blackout" components - including the headbadge. 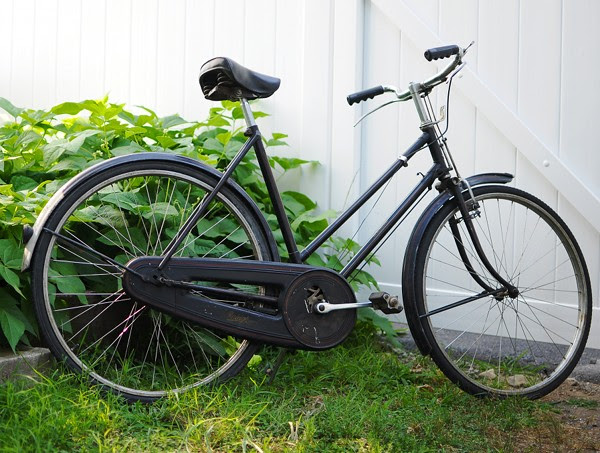 The second bicycle in the pictures is one I'd never heard of before: It is a 1948 Raleigh Dawn Tourist. The Dawn Tourist was apparently the predecessor to the Sports. It was lighter and more agile than the original Tourist, and featured a straight step-through frame instead of a loop frame. The frame size of this bike is 21" with 26" wheels. 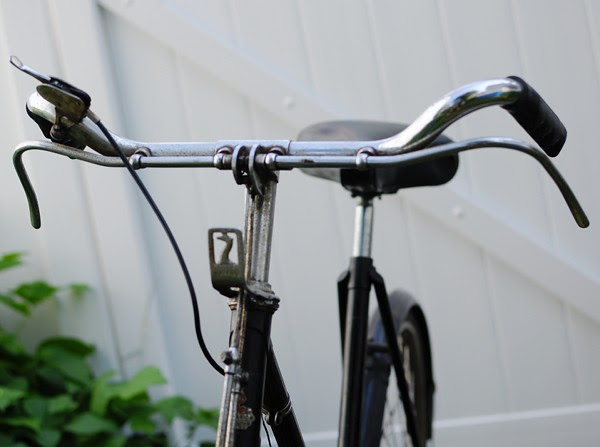 Unlike the later Sports, the Dawn had rod brakes, just like the Tourist did. However, its handlebars were wider and had considerably more "sweep". 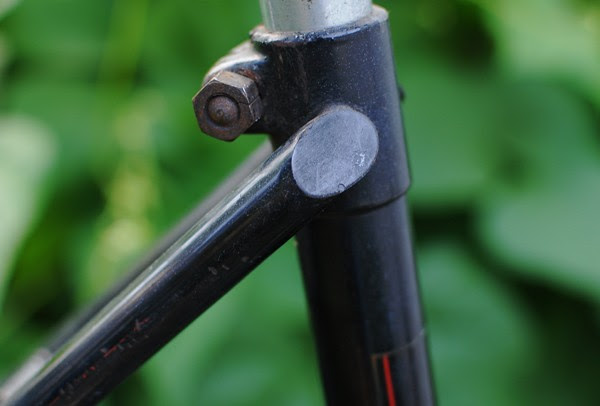 The seat-cluster of the Dawn looks just like that of the later Sports (whereas the seat clusters of the original Tourist and the later DL-1 were bolted together). 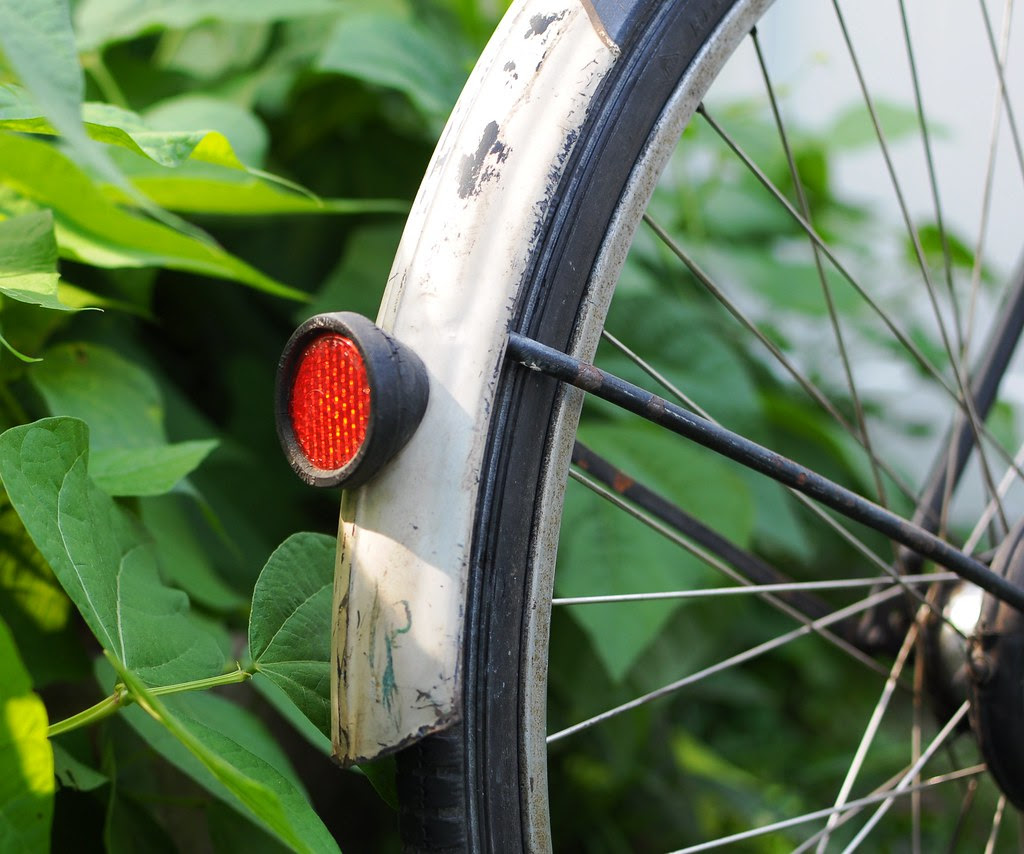 The rear fender with original glass reflector are in very clean condition on this bicycle. These reflectors are highly thought after (both of the bicycles pictured have them). 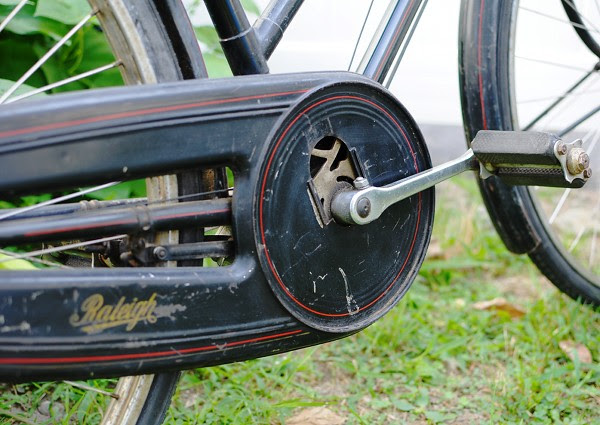 The middle bit is missing from the original full chaincase, but otherwise it is intact. 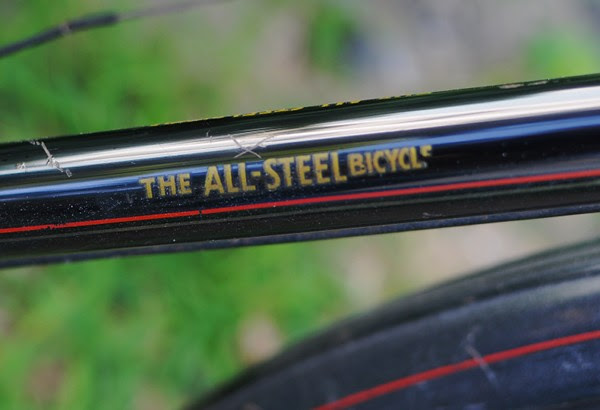 "The all-steel bicycle" is written on the downtube. The pain on this bicycle is in very nice, even glossy, condition throughout. 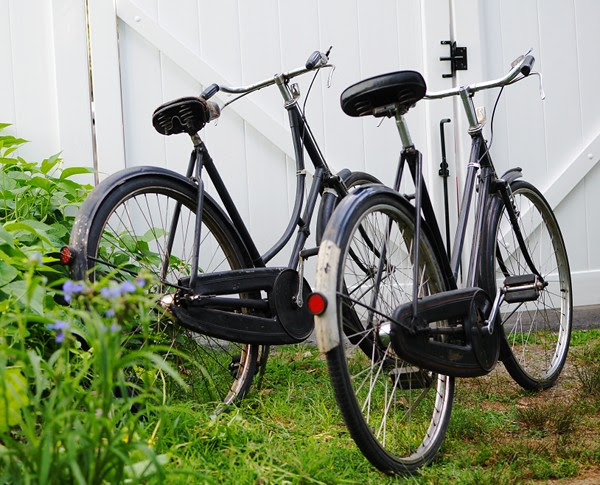 It is rare to see even one of these bicycles "in the wild", let alone two - so I felt privileged to take these pictures before these beauties go to new homes. Hope you enjoyed the show and tell.
Labels: DL-1 loop frame Raleigh vintage