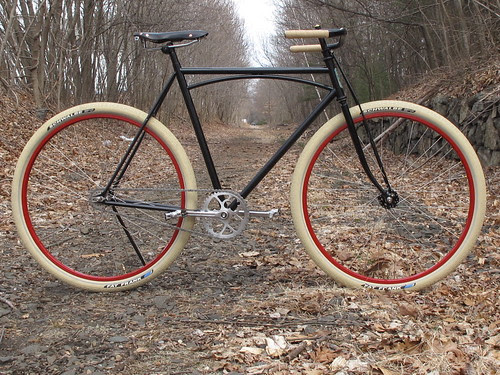 There is never a shortage of gorgeous ANT bicycles to fantasize about, and my latest obsession is the striking Truss Bike. This design is modeled after the original Truss Bridge Bicycle built by Iver Johnson in 1910, which in turn was modeled after the truss arch bridge. 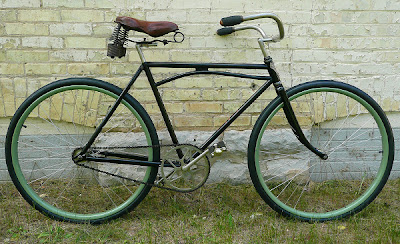 [image via fixedgeargallery]
The original Iver Johnson bicycles were built in Fitchburg, MA. The truss frame was available as a "racer" or a "roadster", as you can see in the catalog here. 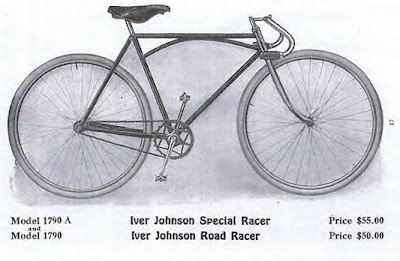 [image via oldbike.eu]
Iver Johnson was an interesting man who also made handguns, among other things. The truss bridge bicycle frame design is generally credited to him. 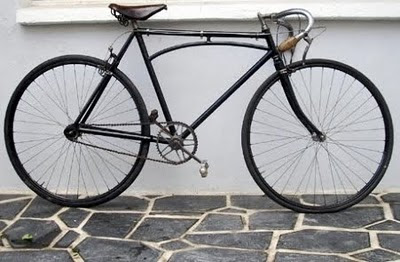 [image via oldbike.eu]
However, there was also La Labor - a French bicycle manufacturer that seems to have built a similar truss frame at around the same time. There have not been any truss patent wars between the two, as far as I know. 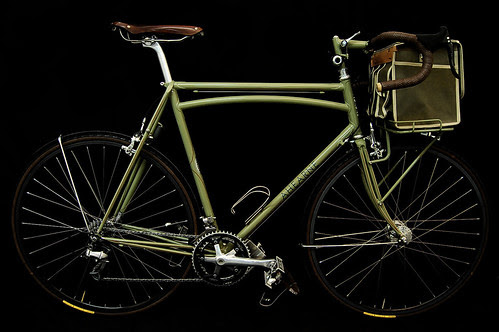 [image via Ahearne Cycles]
Another contemporary remake of the truss: a randonneur from Ahearne Cycles. Stunning workmanship, and I love the colour - although I never thought I would say this, but there is too much lugwork going on here for me. To my eye, it seems that the truss frame is best shown off with clean TIG-welding, without lugs. This is possibly the only bicycle design of which I would say that. 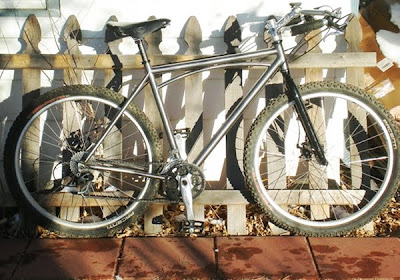 [image via John Grinder]
And here is an ultra-modern interpretation by John Grinder. This is a welded 29er mountain bike with sloping top tube and derailleur gearing. Certainly not your everyday mountain bike! 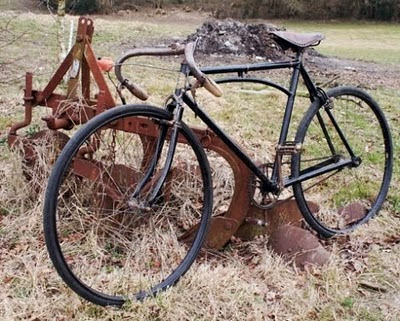 [image via oldbike.eu]
If anybody out there is knowledgeable about truss bridge bicycles and their history, I would love to know what the original purpose of the design was: Was the intention for it to withstand extreme stress during races? Or was it meant for loaded transport cycling, like the double top tube? I am also interested in whether the original was welded or lugged; from the pictures it is difficult to tell.

I am glad that this classic but eccentric bicycle design has been resurrected by several excellent builders. If you have a truss bike, what is it like to own and ride? "Jim the mechanic" at Harris Cyclery has an ANT Truss Bike in a deep red, but I missed the opportunity to properly photograph his, so stunned I was by the bicycle's beauty!
Labels: framebuilding vintage