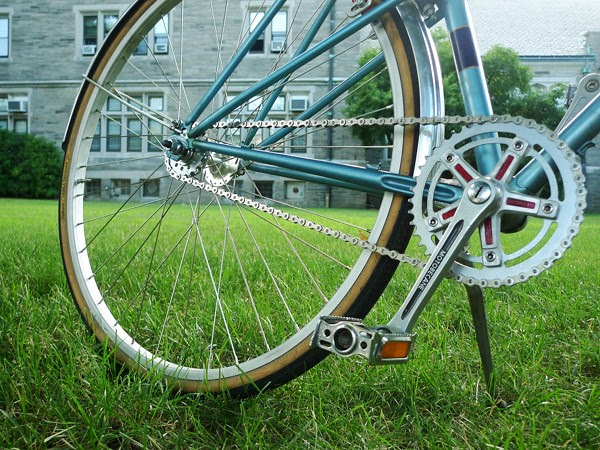 Poor, faithful Marianne. She has led so many lives, and has suffered through her reiterations with remarkable stoicism. Nothing she did for me was good enough. I railed against her when she was a road bike with drop bars. And though things improved with upside-down Albatross bars, the poor creature continued to be verbally abused for being "uncomfortable," "unstable" and "twitchy". Faced with the prospect of redundancy, Marianne shed bitter tears and begged me to take drastic measures: "Make me a fixed gear!" she cried, "I would rather go under the knife than be sold and make yet another owner miserable with my ridiculously steep geometry. Who could say no to a beauty in tears? 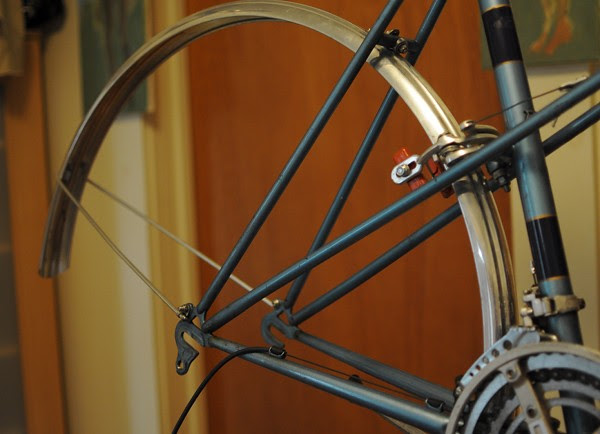 I will not bore you with too many technical details of the fixed gear conversion, except to say that with the right bike it is not difficult for the mechanically inclined. Marianne was the right bike, because she had the horizontal(ish) dropouts necessary for the conversion and not too many braze-ons. 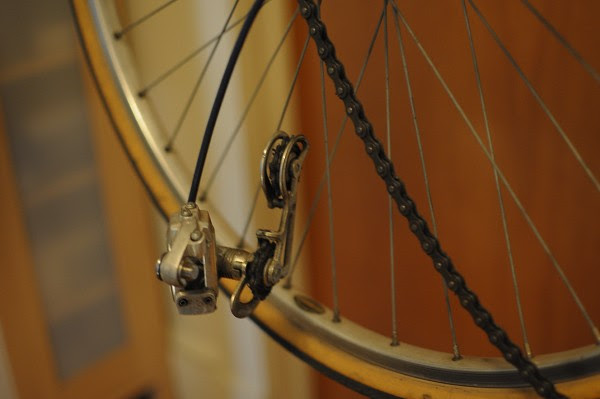 To convert this type of bicycle to fixed gear, you need to remove the rear and front derailleurs, the shifters, and all the wiring between them, and replace the rear wheel with a fixed gear wheel. In theory, you could also rebuild the original wheel with a fixed gear hub, but this is not recommended for old wheels - Given that a complete fixed gear wheel can be had for as little as $60, it is not worth the risk. You will also need a new chain, a fixed rear cog and a lock ring. 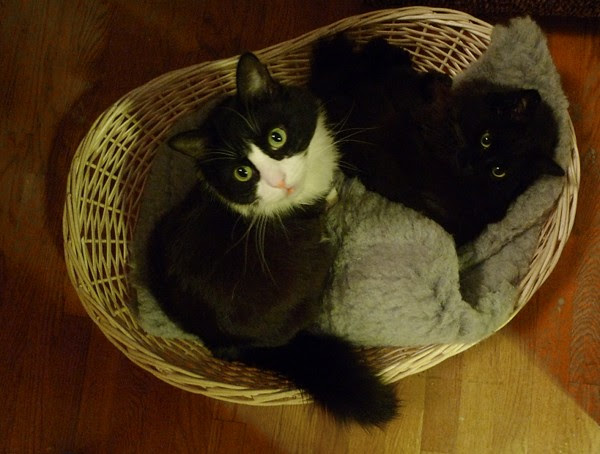 The cats were skeptical about the process, but it took the Co-Habitant just a couple of hours to turn Marianne into a ridable fixed gear. 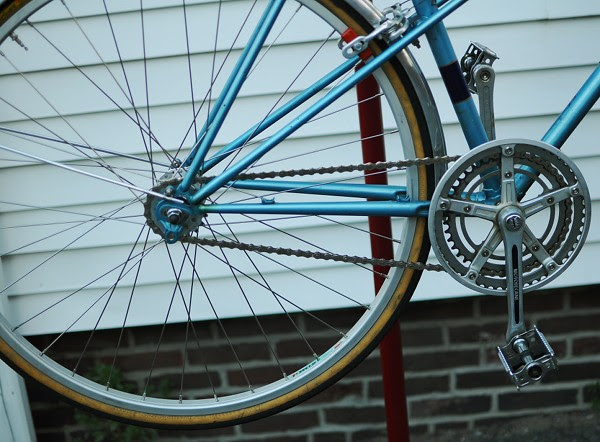 But while the bike was ridable, the aesthetics of the result were not spectacular. As you can see here, the Motobecane crankset was the kind that had both the inner and outer chainrings attached to the spider and included an integrated chainguard. There was no way to remove all that stuff and just leave one chainring and the cranks. But we did not want to get a new crankset (and the new bottom bracket that would have to go with it) - both for financial reasons, and because I really like having the original Motobecane cranks. So we decided to modify the existing set-up. 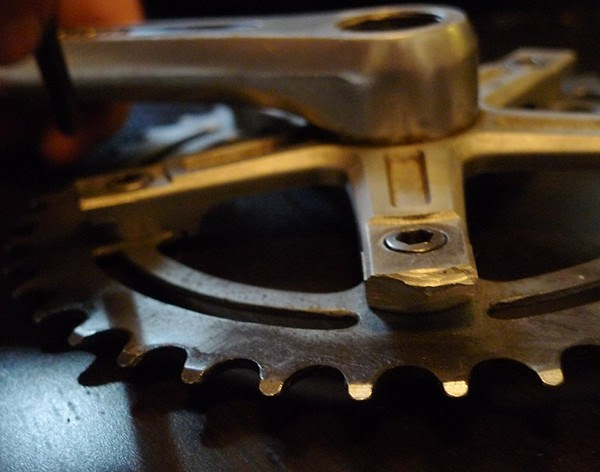 We first removed the large chainring and cut off the spider arms starting after the small chain ring. This required the Co-Habitant to spend some quality time with somervillain's dremmel. 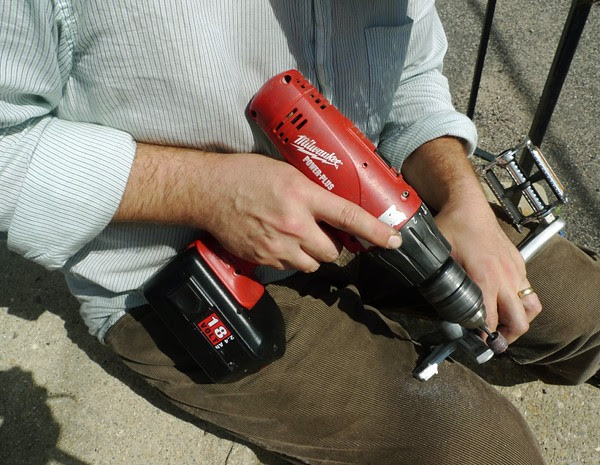 He then polished the edges of the remaining spider arms. 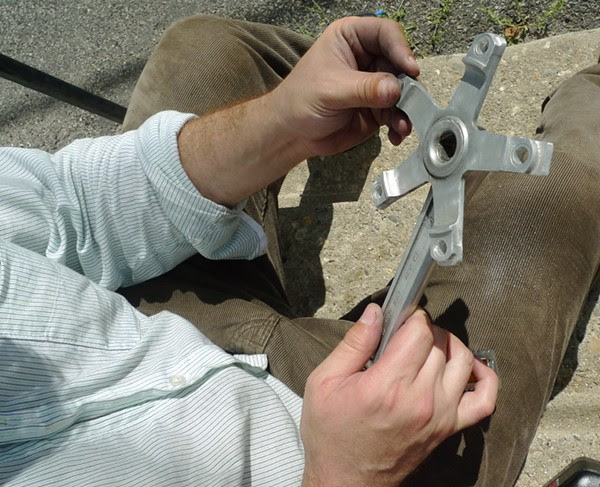 All this took longer than the initial conversion, but the result was worth it. 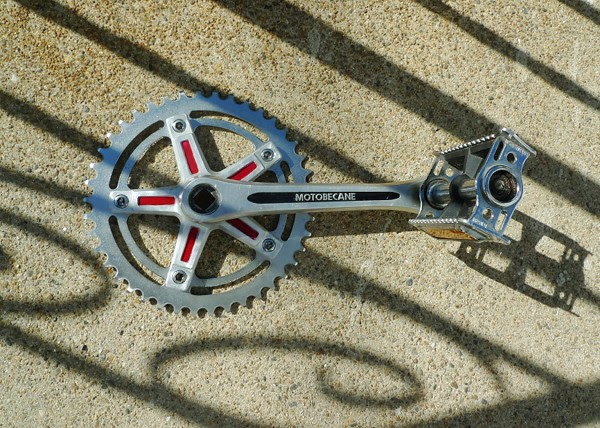 I painted the inlays of the cranks with red nail polish. 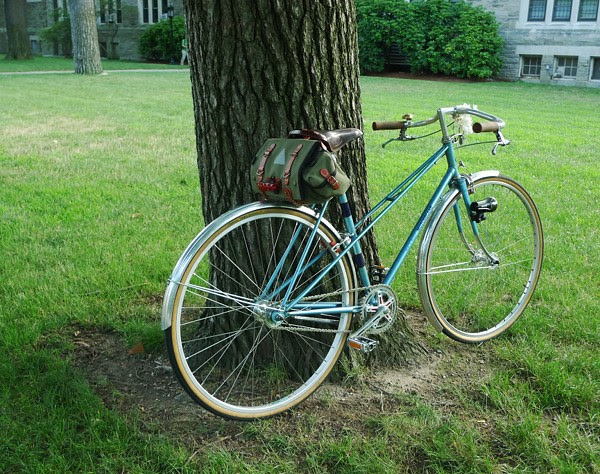 Marianne emerged from the operating room more beautiful than ever. She even lost weight. 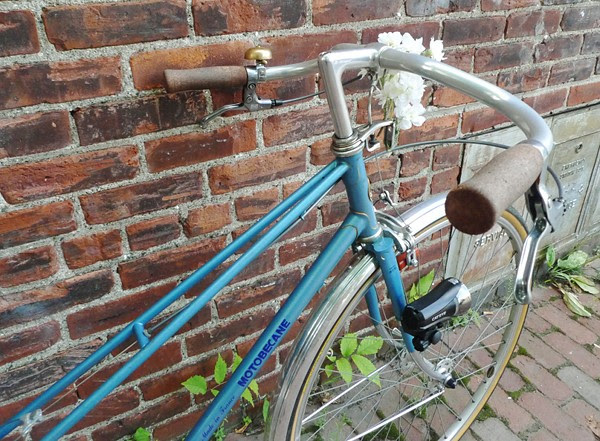 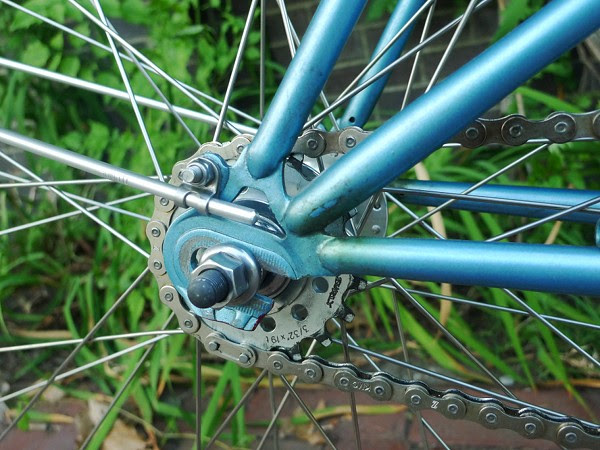 I know this might invite criticism, but we did cut off the derailleur hanger from the rear dropouts and are thinking of popping off the little braze-ons for the shifter cables. I think this bicycle is better off as a fixed gear/ single speed (it has a flip-flop hub for the option of being turned into a freewheel) and will stay this way. Even if I should sell it down the line, I would rather sell it to a girl who can ride a bike like this, than to a girl who is hoping for a cute cruiser-type mixte and will be disappointed by this bike's handling. Also, this is a mass produced and very common frame that is not some fantastic piece of French bicycle history. I would not do this to a valuable or historically significant bike. 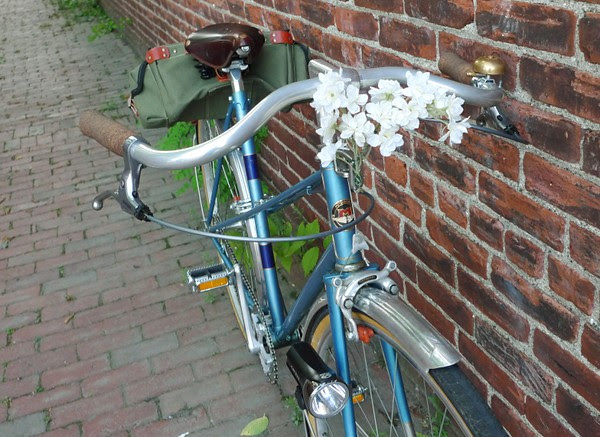 I've ridden the bike already, and I love it. I haven't the energy to discuss the riding experience in this post, so will save that for next time.  Doing the fixed gear conversion on our own was an educational experience, and the DIY crankset turned out beautifully.  Of course, all this was mainly the Co-Habitant's handiwork; I was the helper. He does not like fixed gear bikes, but did this for me anyway - which was kind of him. But maybe he will come around want a matching bike as well some day... Though personally I see him on one of these!
Labels: DIY fixed gear Marianne mixte Motobecane vintage