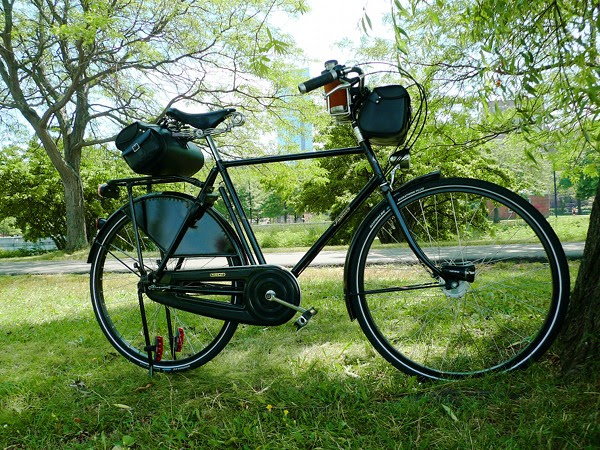 For a while now, the Co-Habitant has been wanting water bottle cages on his Pashley Roadster. I thought the idea was ridiculous, until I received a few comments from male Pashley owners expressing the same desire. I guess men like bottle cages on their bikes, even on a roadster? Fair enough! For those interested, here is the Co-Habitant's DIY solution: 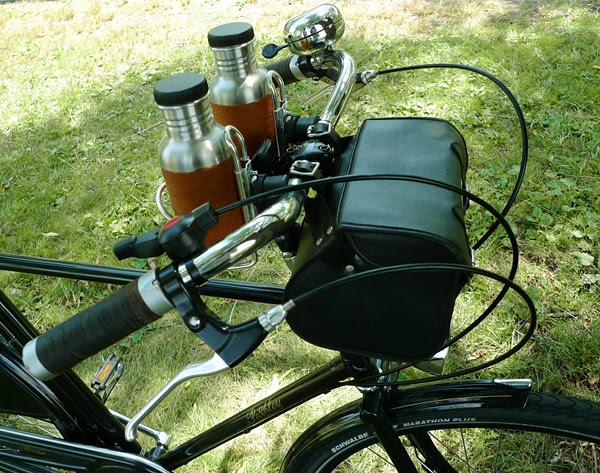 Yes, you are seeing what you think you are seeing: Not one, but two bottle cages mounted on the inside of the handlebars, with twined, flat-capped Kleen Kanteen bottles inside them. The bottle cages are generic bolt-ons that can be found in many bike shops for around $7 (same bottle cages as here). For the Pashley, the Co-Habitant first took them apart, shortened them so that they would not stick out too far past the handlebars (I believe the drill and superglue were used), and bolted them to the handlebars, with the bottles facing inward. Now he has direct access to water, while remaining upright. 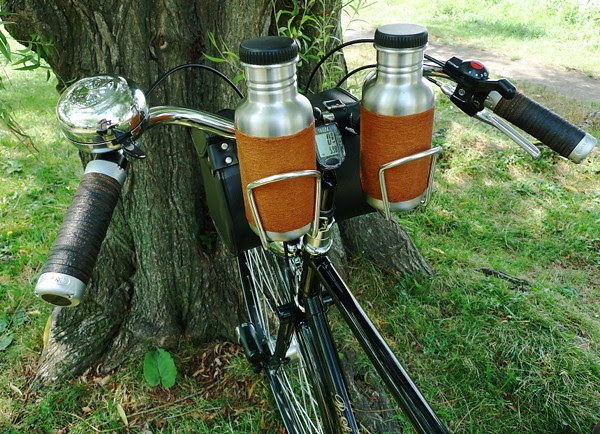 Here is the "cockpit view".  And yes, that is a cycling computer you see mounted on the stem, in between the bottle cages. On a Pashley. What can I say, the man has his quirks. 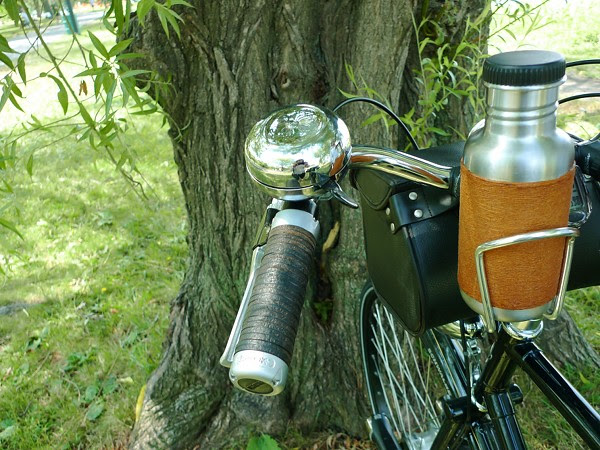 My opinion on this project? I think that if he mounted just one bottle and stopped there, it would have been successful. 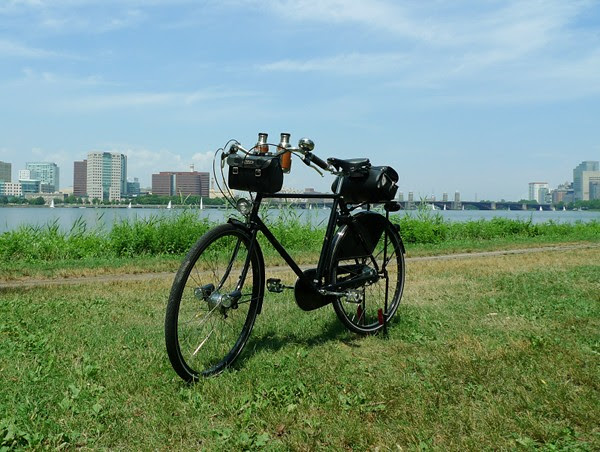 With two bottles, I think he went overboard with the eccentricity factor and the bottles look like a pair of missiles. What do you think? 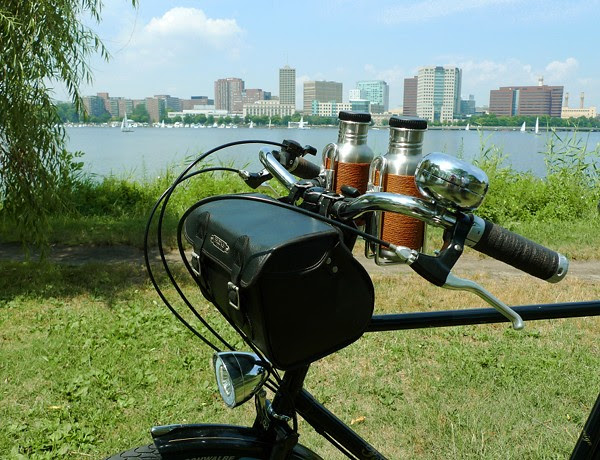 And if you are wondering why he did not just use one of those coffee-cup mounts that are designed for the handlebars, he did not think they were sturdy enough, or accommodating enough of different containers. I agree: These bottle cages are super-stable and the bottles do not budge or vibrate at all inside them. It is a very secure set-up, and the flasks can be filled with coffee as well as water. 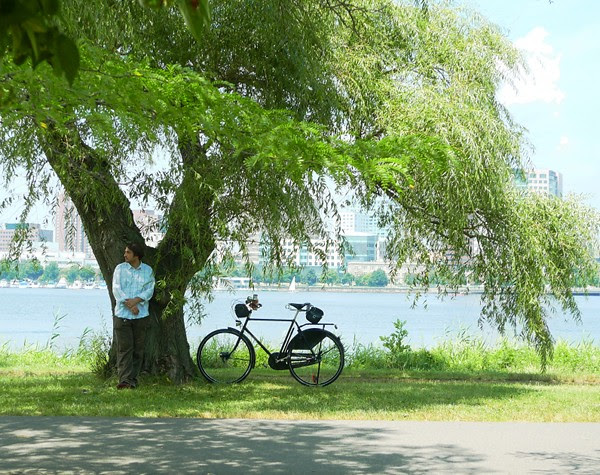 While I do not agree with the choice to mount two bottles, I think that otherwise this is an innovative and practical solution. I am now considering installing a similar set-up (with just one bottle though!) on my Pashley Princess.
Labels: Co-Habitant DIY Pashley