I have never liked computer games, but with the influence of the Co-Habitant I am finally starting to get into them. 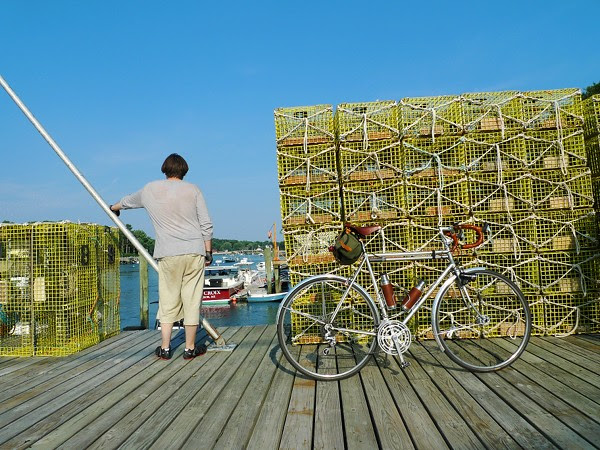 Here he is, taking a break after a particularly heated round. 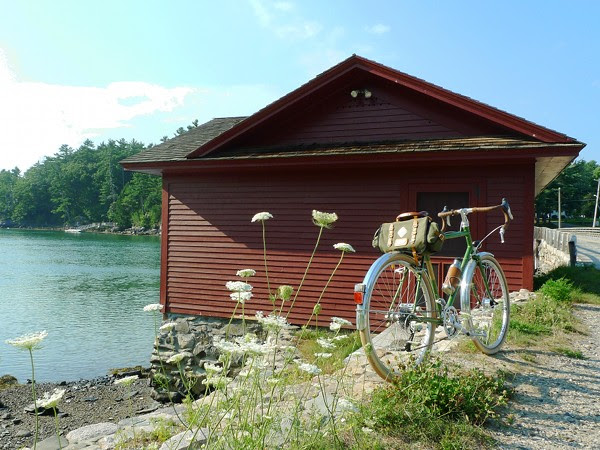 What you need to play: an open road and a fast bicycle. Challenging hills can be introduced after you pass Level 1. Oh yes, and of course you'll need a computer. 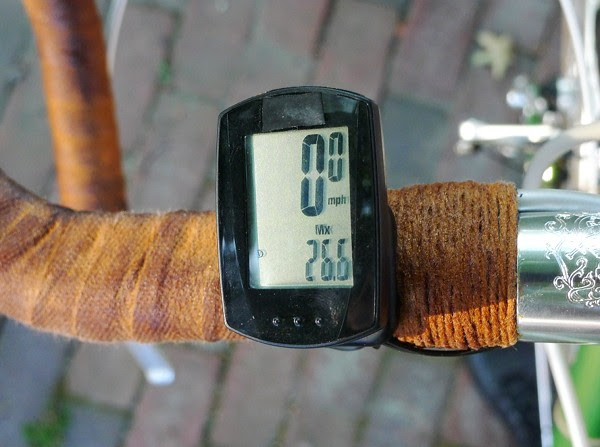 After I mocked the Co-Habitant for putting one of these on his own bike, he decided that I was just jealous and got me one for Graham (my Rivendell Sam Hillborne). I reluctantly agreed to try it, and quickly grew to love it - much to my dismay, as there is really no attractive way to attach these things to a bike.

For those not familiar with it, a bicycle computer is basically a speedometer with some extra features. Mine tells me: distance covered during a trip, current speed, maximum speed during a trip, average speed, and total distance covered so far (since installing the computer). There is also a clock, which is handy since I don't wear a watch and extracting my mobile phone requires stopping the bike. If you are training yourself for touring, the bicycle computer helps you measure your progress in terms of how fast you are able to cycle. Keeping track of the distance you have covered is also useful. My top speed so far is 27.4 mph (44.1 km/h), which I reached the other day on the hills in Maine. I know that to the roadies out there, this is far from impressive. But for me, it was shocking to learn that I was capable of cycling this fast. 27.4 mph is of course a downhill speed, but on flattish ground I was consistently cycling at 16-19 mph. 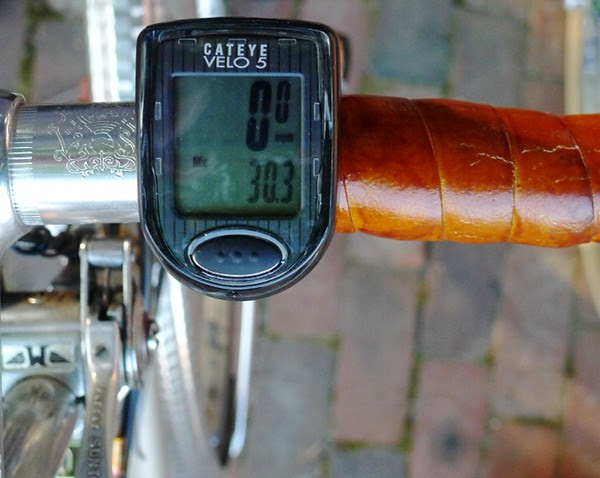 The Co-Habitant is faster, so I guess he won the computer games - and probably will continue to win for a while. But who knows, maybe someday I will catch up. 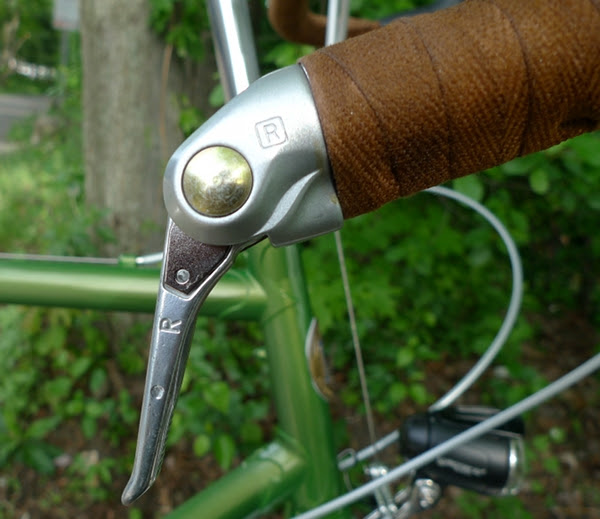 The main thing that makes me lose speed, is fiddling around with my shifters. I don't shift gears on my usual rides outside Boston, so whenever we go to an area with real hills it takes me a while just to get comfortable with shifting. The Co-Habitant thinks that my friction shifters are an affectation, and if I got "brifters" (brake levers that contain indexed shifters within them) it would solve all of my problems. I feel attached to my wonderful silver bar-end shifters, but I do see his point. 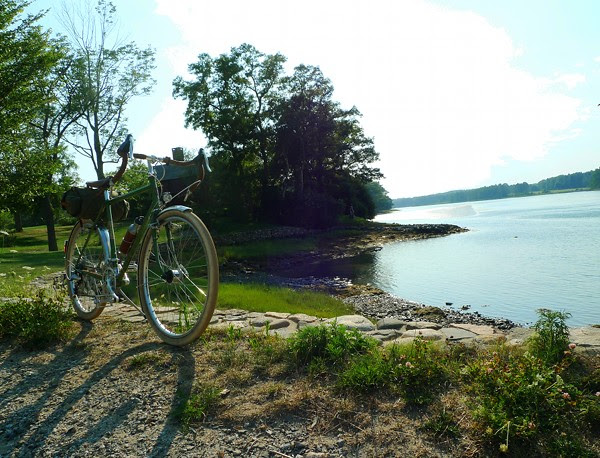 For those interested in touring or in cycling for sport, the bicycle computer can be useful and fun. But beware: Once you have one, it can also get addictive! I know some people who have one on every single bicycle they own and are incapable of cycling without knowing their exact speed or distance covered.  I am not likely to suffer this fate, but I am glad to have a computer on Graham.  And a question for the randonneurs and roadies out there: What speed should I be working toward for touring and for club rides? It would be great to know where I stand.
Labels: Co-Habitant drop bars Maine Motobecane Rivendell roadcycling technique travel