Take Me to the River! 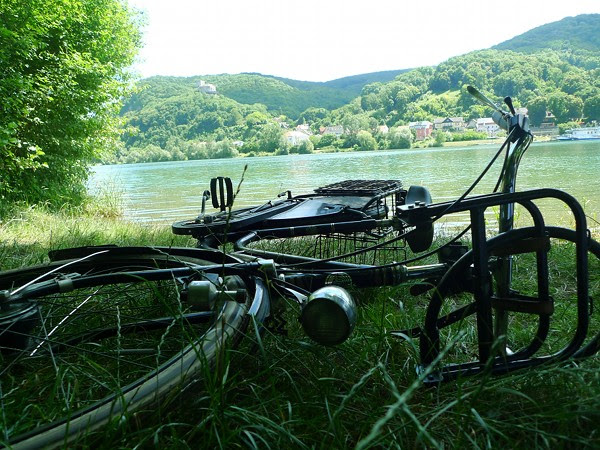 Just about the only thing saving my sanity during the awful heatwave we are having in Vienna, is the splendid and beautiful Danube. The Danube River and the Danube Canal run through the length of the city, and the bicycle paths along them are extremely useful for travel from one neighborhood to another. The streets of Vienna may be choking with exhaust fumes and the asphalt may be melting from the heat, but the cycle paths by the river are leafy and breezy. And they can take you from the center of town to the serene countryside in as little as 30 minutes! 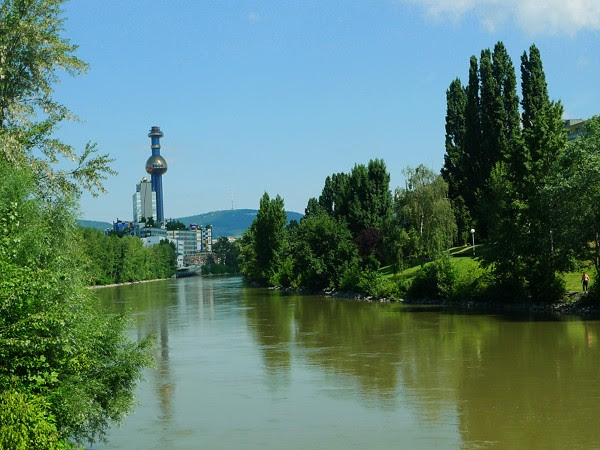 A couple of days ago, Anna (from Cycling is Good for You) and I escaped Vienna for a trip to the country, swapping bicycles while we were at it. But I will have to postpone writing about that, because I am off to a conference in Romania (which, incidentally, is accessible via the very Danube bicycle path that runs through Vienna). I enjoy knowing that I can get on the river path around the corner from my house, and just keep going for days until I reach either the Black Forest in Germany, or the Black Sea in Romania. And this is the same bike path on which I commute to work! Magical.
Labels: bike friends countryside Jacqueline summer cycling sun and heat Vienna